Update: Although the President said during his announcement declaring COVID-19 a national emergency that Google is developing a website to help diagnose people, that is not correct.

In a pair of tweets, which were reported by The Verge, Google’s communication department quoted a statement from Verily—a life sciences-focused subsidiary of Google’s parent company, Alphabet—stating that it is the company building the site. And while the aim is to roll the site out broadly, right now it is only being tested in the Bay Area.

Statement from Verily: "We are developing a tool to help triage individuals for Covid-19 testing. Verily is in the early stages of development, and planning to roll testing out in the Bay Area, with the hope of expanding more broadly over time.

The President has just declared a national emergency in response to the outbreak of COVID-19, invoking the Stafford Act, which works as a trigger for various forms of national assistance—including both physical and financial. The assistance will be administered by the Federal Emergency Management Agency (FEMA), and the President said the total aid package will amount to $50 billion.

The President spoke from the White House Rose Garden, after agreeing earlier in the day to take part in a video conference with world leaders on March 16, during which they will discuss research efforts regarding vaccinations, treatments, and how to best deal with drastic economic disruption.

According to a letter sent to the President earlier in the week by Democrats (via Bloomberg), a declaration of a national emergency will allow states to request federal financial aid that will cover 75% of a state’s expenses arising from the need for critical response measures. These include things like medical tests and supplies, emergency workers, and security personnel for medical facilities. 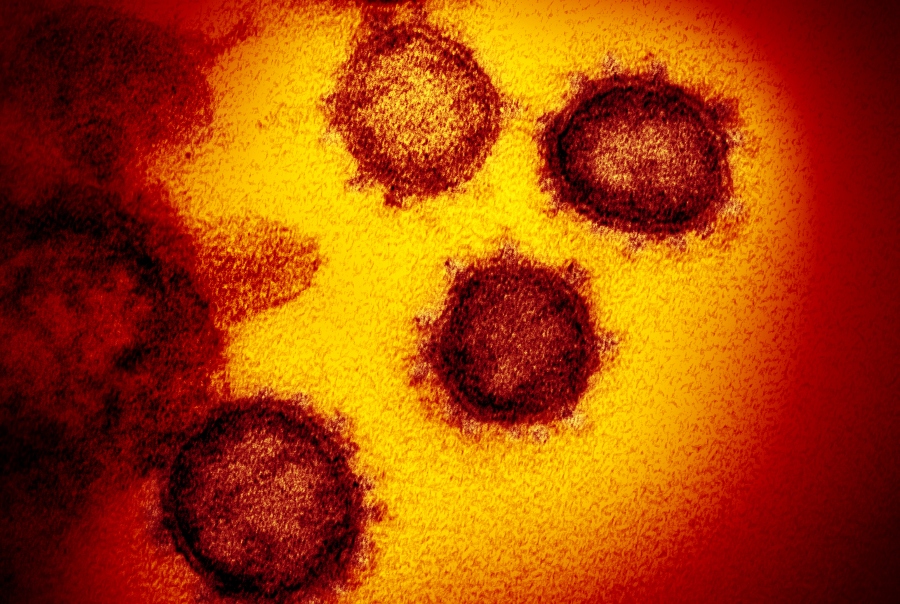 A look at SARS-CoV-2, the virus that causes COVID-19. NIAID

The President said that he’s asking every hospital in the country “to activate its emergency preparedness plan so that they can meet the needs of Americans everywhere.” He added that the emergency orders he’s announcing give “broad new authority” to the Secretary of Health and Human Services (HHS).

The HHS Secretary’s new authorities will include the ability to waive laws to enable “telehealth” (remote doctor visits/check-ins exempt from certain Federal requirements), as well as other abilities to waive federal limitations on hospitals in regards to bed count, time of stay allowed for patients, etc.

A new “partnership with [the] private sector” was also proclaimed by the President, to “vastly increase and accelerate our capacity to test for the coronavirus.”

Local healthcare systems are preparing for the possibility of a #COVID19 outbreak in your community. You can too. Develop a plan for home-based actions. https://t.co/isBYfXNv5A. pic.twitter.com/jv28EAzIeE

The President added that only people with “certain symptoms” should receive the test. He noted 1.4 million tests should be available by next week, and five million within a month. Although, the President said “I doubt we’ll need anywhere near that.”

There will also apparently be the establishment of a Google website, which the President says will “determine whether a test is warranted, and to facilitate testing at a nearby, convenient location.” 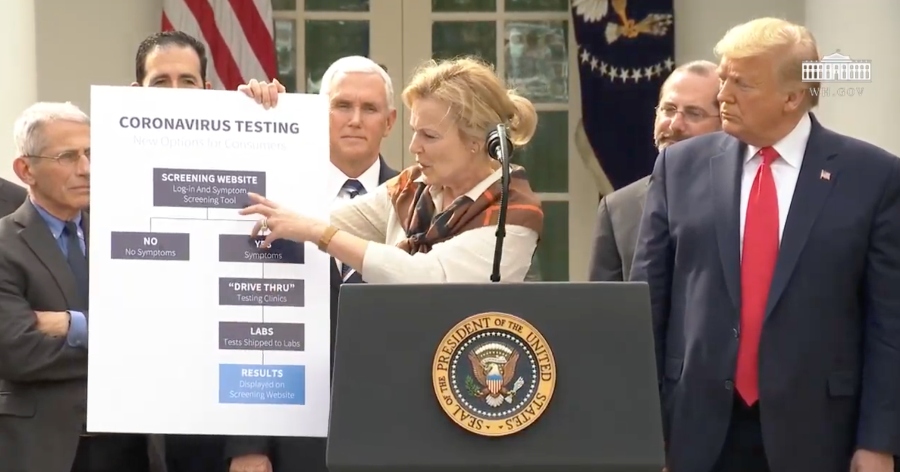 A static snapshot of what the Google COVID-19 site may look like. The White House

Toward the end of the announcement, the President brought up various private sector business heads (from companies such as Walmart, Target, and Walgreens) to discuss their efforts to manage COVID-19 and the panic buying it has caused.

Although it is rare for a President to invoke the Stafford Act, it has been done before. One such occasion was in 2000, when then President Bill Clinton utilized it to assist New York and New Jersey protect against the spread of the West Nile virus.

Fears of spreading COVID-19 have led to the cancellation or postponement of countless major events around the globe. For a list of event closures that any nerds out there may find relevant, here is a handy list that includes everything from festival closures to movie-release date delays.

“This will pass,” the President said during the conference. “And we will be stronger for it.”