COVID-19, a.k.a. “the Coronavirus,” has shocked the world with its sudden, global onset, and fears run high that things will get much worse before they get any better. But despite its significance, clear, concise information on COVID-19 is still hard to find. Luckily, we have here a vein of insight from the latest episode of Last Week Tonight, in which John Oliver discusses some of the most ridiculous, and even dancy, aspects of the current outbreak, as well as a handful of its stark realities.

In the clip, Oliver highlights some of the most atrocious—although at this point, expected—steps that have already been taken by government officials in countries around the world to halt the spread of COVID-19, and every one of them is a good reminder of the fact that organizations and institutions need to be monitored. And made fun of—certainly when they’re behaving like absolute clowns, at least.

Oliver also takes on some of the more ludicrous media speculation in the clip, including an anecdote by one news anchor in which the anchor makes it seem like a 2 percent death rate for COVID-19 isn’t such a big deal. It is, however, because that is far higher than say, the death rate for the 2018-2019 influenza season, which the CDC notes was about .09 percent. That means, as Oliver points out, that SARS-CoV-2, the virus that causes COVID-19, is twenty times more likely to kill an infected person than the known influenza virus strains in the U.S. (Although keep in mind that the death rates increase in accordance with age. E.g. a person between the ages of 70-79 has an 8 percent chance of dying, while a person between the age range of 20-29 has a .2 percent chance of dying.) 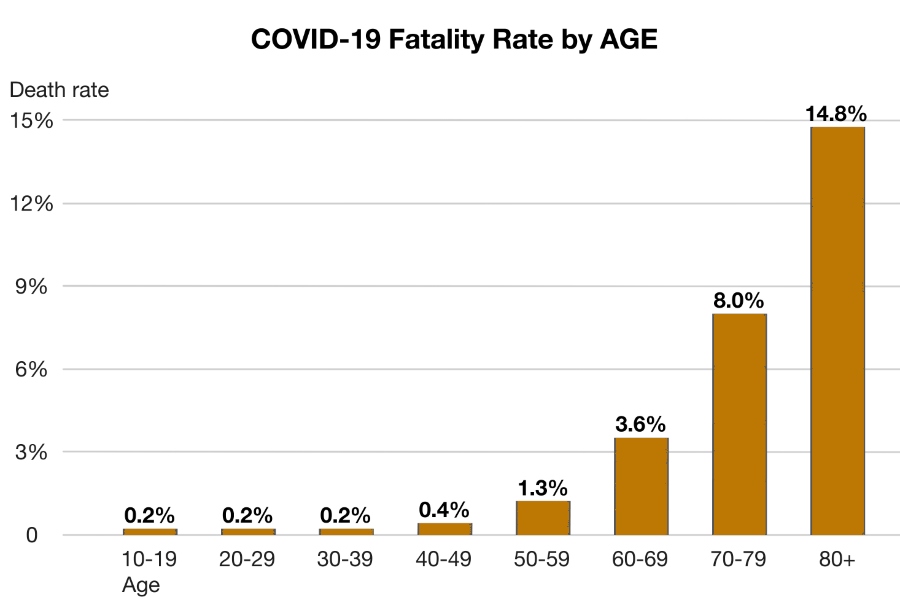 Although there’s plenty of reason to be even further disheartened by the responses to COVID-19 from the media and governments from around the world provided in the segment, Oliver also gives an example of some of the genuinely gleeful methods people are using to actually protect themselves. The best of which is an earworm out of Vietnam that’s focused on getting people to thoroughly wash their hands.

There aren’t any specific calls to action at the end of the segment, as there sometimes are, but Oliver does close things out by saying that: people should not be racist; should not hoard masks; should check the CDC website for the most relevant, realistic information, and should, most certainly, wash their hands as if they were in a Vietnamese pop music video that will hopefully be the only thing related to COVID-19 to go even more viral this year.

What do you think about this Last Week Tonight segment on COVID-19? Do you think that John Oliver’s breakdown of the situation was apt, or do you feel that he missed crucial details people should know about? And what’s your favorite way of reminding yourself to frequently wash your hands? Let us know your thoughts in the comments.