On the latest episode of Last Week Tonight, host John Oliver continues his de facto series on the COVID-19 pandemic with an especially grim tone. Oliver, who’s now doing the show from his home rather than his studio, discusses some of the darkest, most macabre aspects of the pandemic, but focuses his ire on the response from government leaders. Especially here in the U.S., which now has, by a wide margin, the most confirmed COVID-19 cases out of any country on Earth.

Oliver’s 20-minute segment starts off on a lighter note, with an update on the Tik Tok hamster who Oliver thought delivered one of the best hand-washing videos of the last few weeks. The comedic hamster account, @hamstarz, posted a video in response to Oliver’s shoutout, in which the little featured hamster, Hammy, watches himself on Last Week while holding up a sign that reads “I love John Oliver.” Hammy is also apparently running in the 2020 election.

As far as genuinely heartbreaking highlights, they’re mostly focused on President Trump and other U.S. leaders, who Oliver says have failed miserably to deploy an effective governmental response to the pandemic. In particular, he lambasts pundits, and U.S. officials at varying levels of government, including mayors and governors, for downplaying the death toll of the pandemic and instead, focusing on the economic impact of large-scale lockdowns. Lockdowns which have, incidentally, temporarily cleared up a huge amount of air pollution and left many cities looking like a scene out of Resident Evil.

In his segment, Oliver refers to the above New York Times video of an ER doctor in Elmhurst, Queens, discussing the conditions in hospitals in New York. 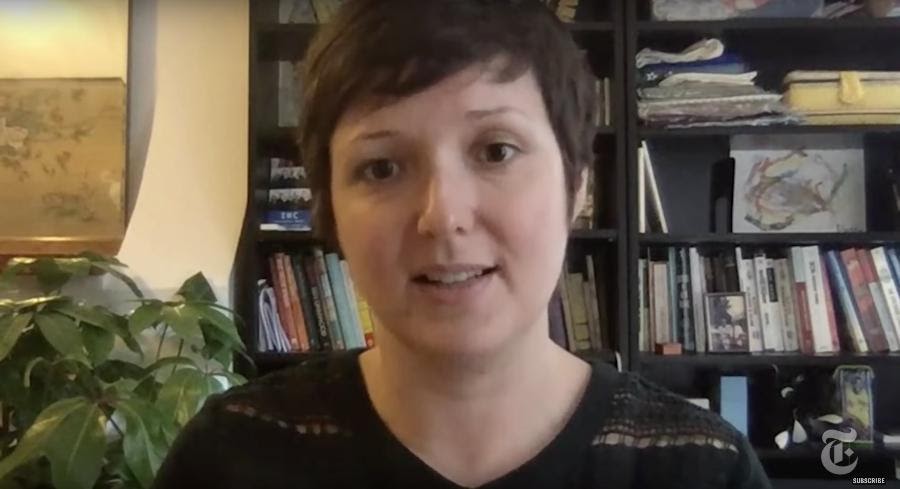 Oliver does note some major silver linings to the crisis, however, and says “this virus has exposed some reserves of real strength in this country. We’ve seen extraordinary heroism, kindness, and ingenuity from everyone in essential lines of work.” He adds that those on the frontlines of the pandemic, like grocery store workers, delivery people, and those in the medical field, deserve “among other things, a fucking parade whenever we’re allowed to have parades again.”

What do you think about this third installment in John Oliver’s COVID-19 coverage? Do you agree with his assessment of the U.S. government’s response to the pandemic? Give us your thoughts in the comments.