John Mulaney and the Sack Lunch Bunch was equal parts bizarre, surreal, and sweet. The musical special featured the comedian and amazing guest stars like Richard Kind, Jake Gyllenhaal, and David Byrne interacting with talented youngsters. It was one of the best things we watched on Netflix in 2019. So it’s no surprise it’s getting not one sequel but two. What is surprising is where they will air. Mulaney is bringing the Sack Lunch Bunch to Comedy Central instead of Netflix.

According to The Hollywood Reporter, Comedy Central has announced a new deal with Mulaney. He will produce and star in two new Sack Lunch Bunch specials, including a holiday themed-show, with the original cast. (Huzzah!) No details were provided about what holiday the special will focus on. But, based on the wonderful absurdity of the first show, it could be anything from Thanksgiving to National Pancake Day. 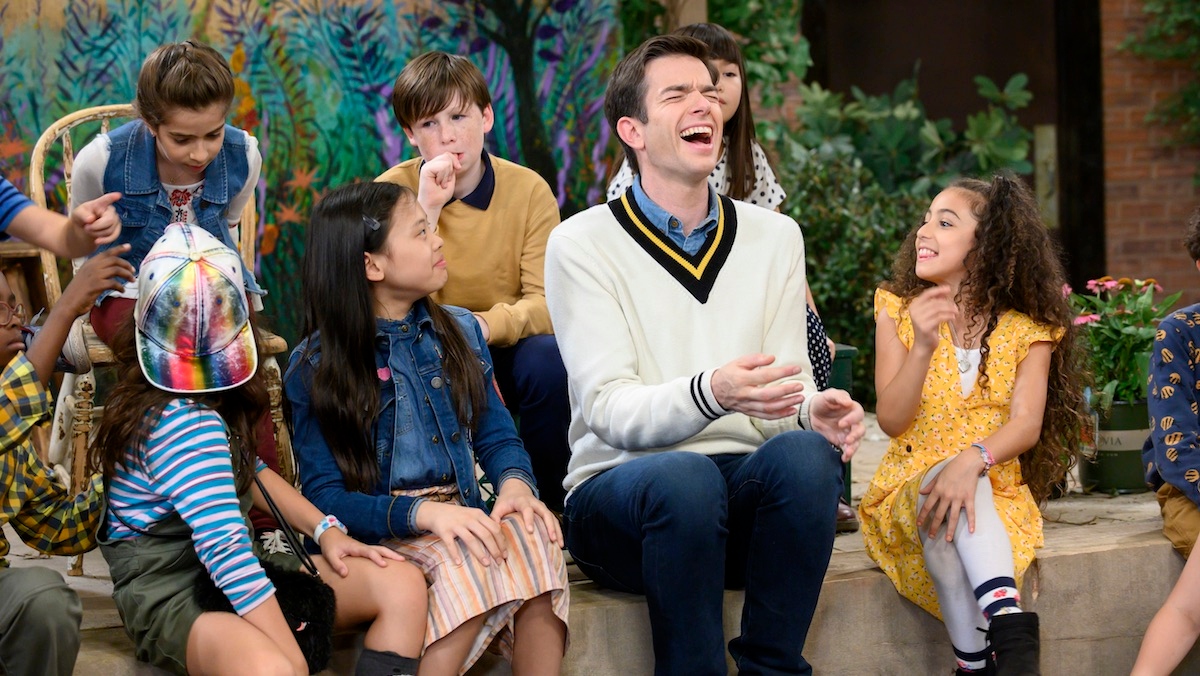 It will also be the first special Mulaney has made for Comedy Central since his 2012 stand-up comedy film John Mulaney: New in Town. His connections with the network go back much farther than that though. “I was an intern at Comedy Central when I was barely older than the kids in the Sack Lunch Bunch,” Mulaney said in a statement. “I wasn’t a very good intern, so I am psyched they hired me again. We are thrilled to bring these specials to Comedy Central: a place where I have had so many good times.”

As Vulture writes the deal is part of a new push by Comedy Central to transform itself. As one of the most popular comedians working today, bringing Mulaney on board is quite a coup for the network.

“We couldn’t be more excited about John’s return to Comedy Central and hope this is just the beginning of a long-standing partnership,” said Chris McCarthy, President of ViacomCBS Entertainment and Youth Brands.

Now we just need him to hurry up and make these two new Sack Lunch Bunch specials as quickly as possible. Those kids are only getting older.