The galaxy far, far away goes well beyond the screen. Comics and novels have given fans some of the franchise’s most memorable stories and characters, and have since the ’70s. Some beloved characters have never even appeared in a Star Wars movie or TV show. But that doesn’t mean they all end up with their own Black Series collectible from Hasbro. Some heroes just seem too absurd or too obscure to be memorialized as a collectible. Which is why, as popular as he may be with some, we can’t believe Jaxxon Rabbit is getting his very own action figure.

A figure we very much want. 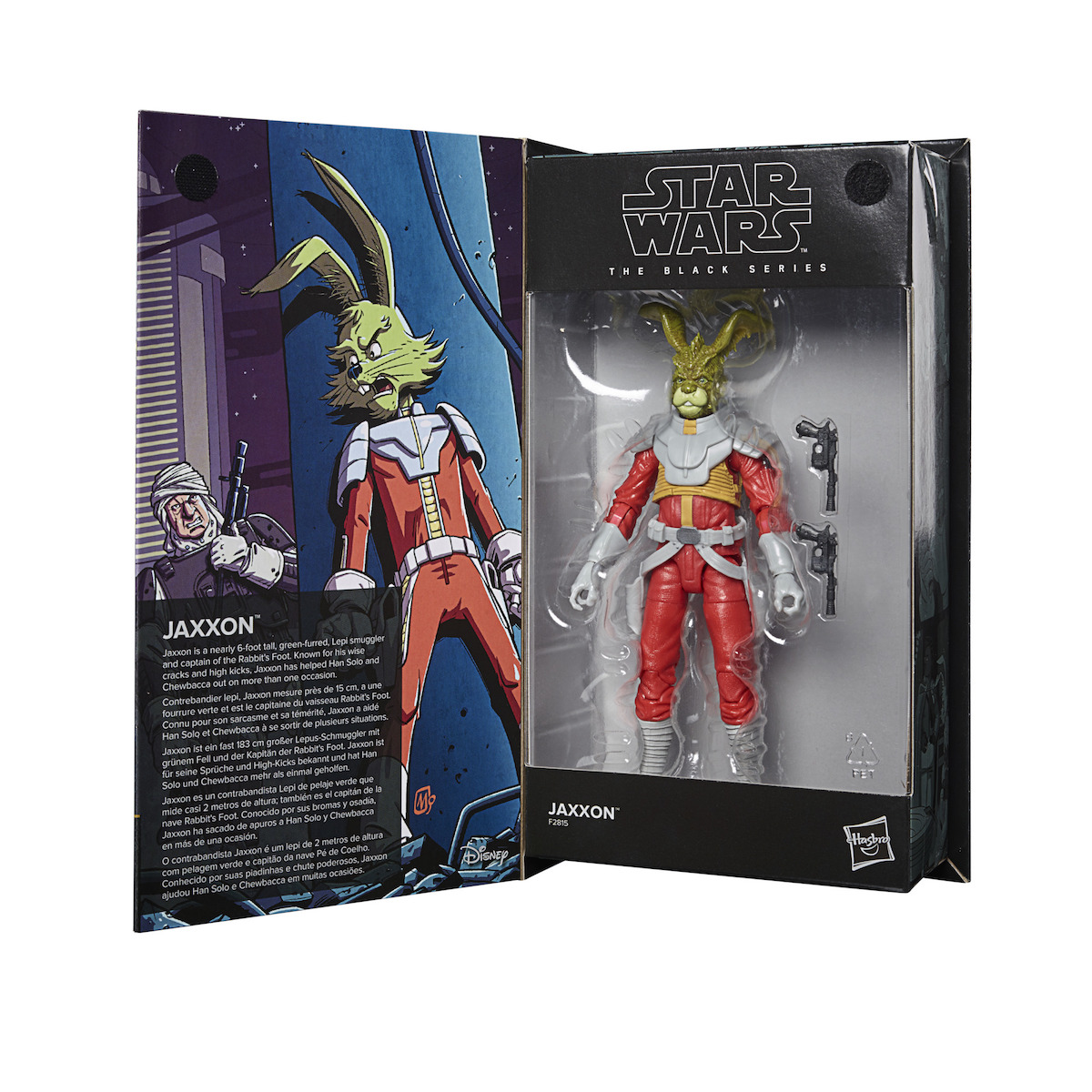 Hasbro has announced four new members of its Black Series Lucasfilm 50th Anniversary lineup. Coming to stores this spring, these six-inch figures ($24.99 each) celebrate Star Wars‘ long publishing history in comics and books. Each figure comes in a box highlighting the specific issue or novel the character is based on.

That includes a shirtless figure of our favorite son of Dathomir, which is based on Darth Maul, Sith Apprentice. The fully articulated collectible comes with two accessories for lightsaber training. As does the newest Luke Skywalker. Clad in a sleeveless black shirt and black pants, this figure is based on his appearance in the legends novel Heir to the Empire. 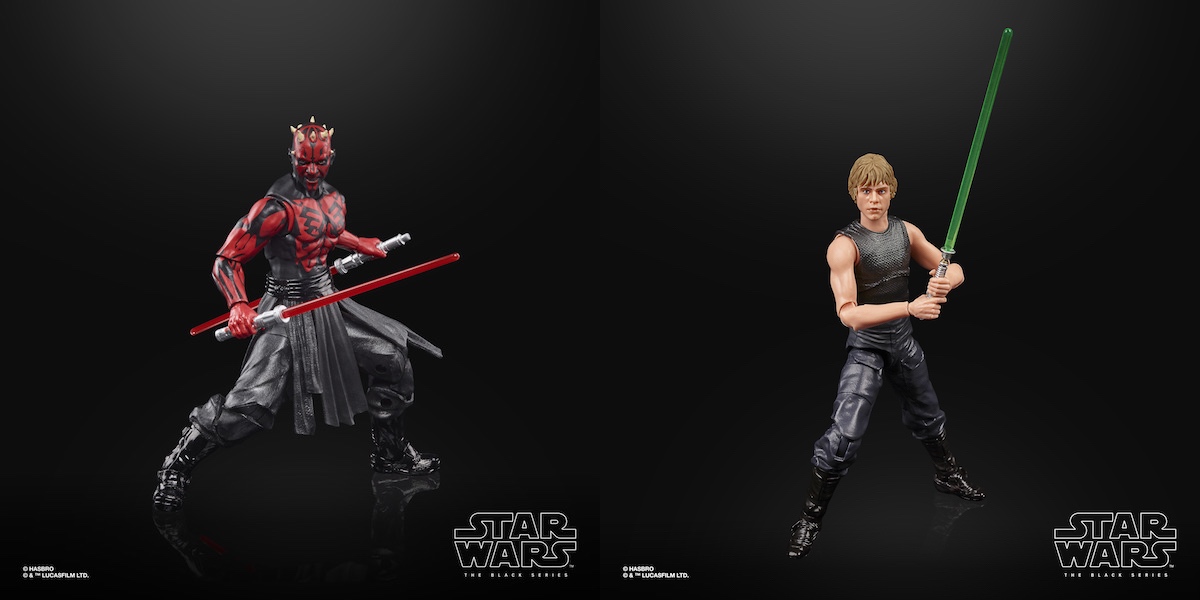 They’re joined by the Imperial Sovereign Protector Carnor Jax from the Crimson Empire comic series. The aspiring Sith strikes a fearsome pose in his red armor and purple-lined cape.

Even if you’re not familiar with his quest for power in a post-Palptine galaxy, he won’t look out of place next to your other figures. 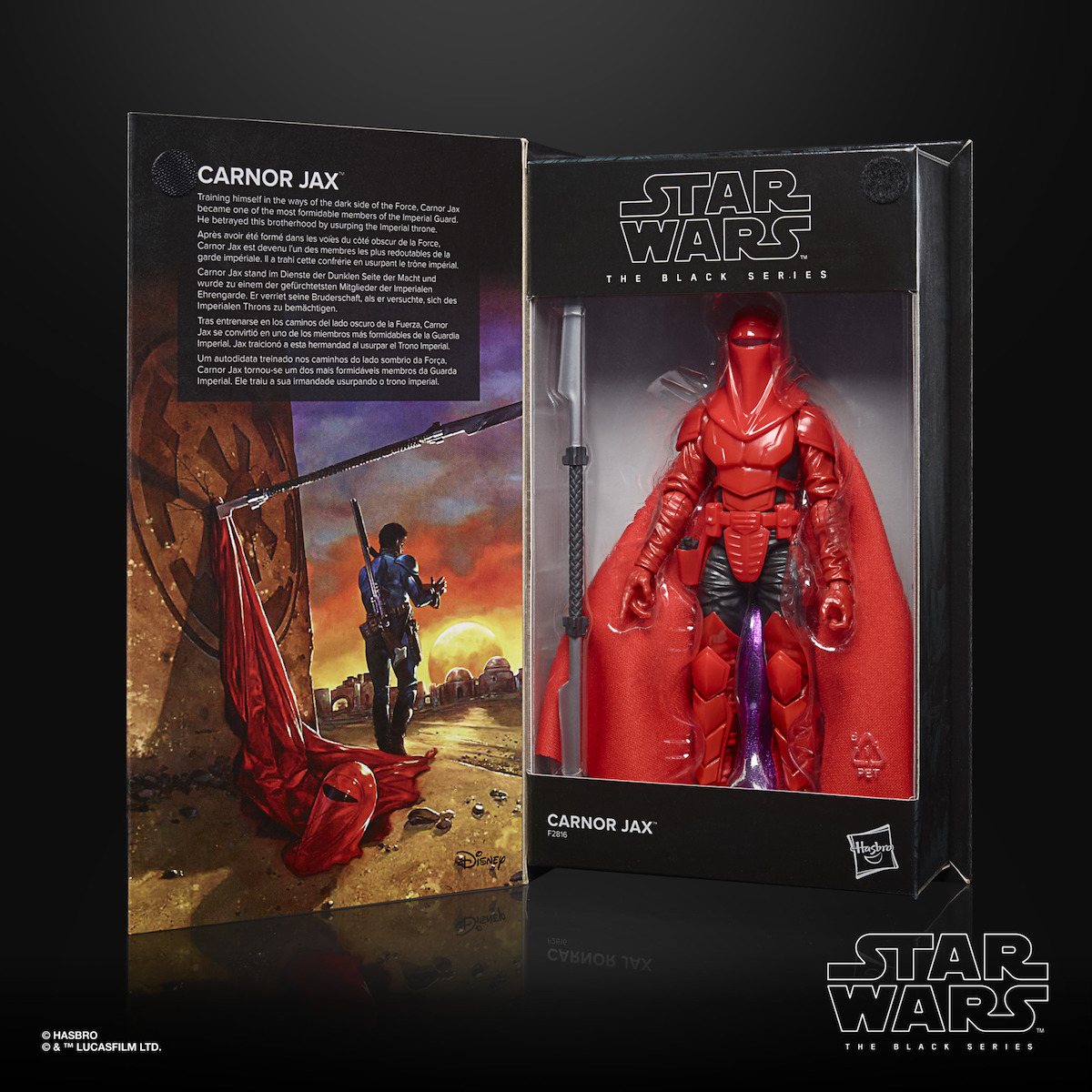 That’s definitely not the case with one of the most distinct characters in Star Wars‘ history, Jaxxon Rabbit. He first appeared in a comic in 1977. However, the human-sized bunny didn’t make his official canon debut until 2018, in IDW’s Star Wars Adventures comics for kids. It’s hard to forget him once you see him though. He’s a giant rabbit who makes the werewolf and devil from A New Hope‘s cantina scene appear less absurd.

But don’t let Jaxxon T. Tumperakki’s looks fool you. The former smuggler became a hero of the Rebellion, working alongside some of the most famous figures in the galaxy. 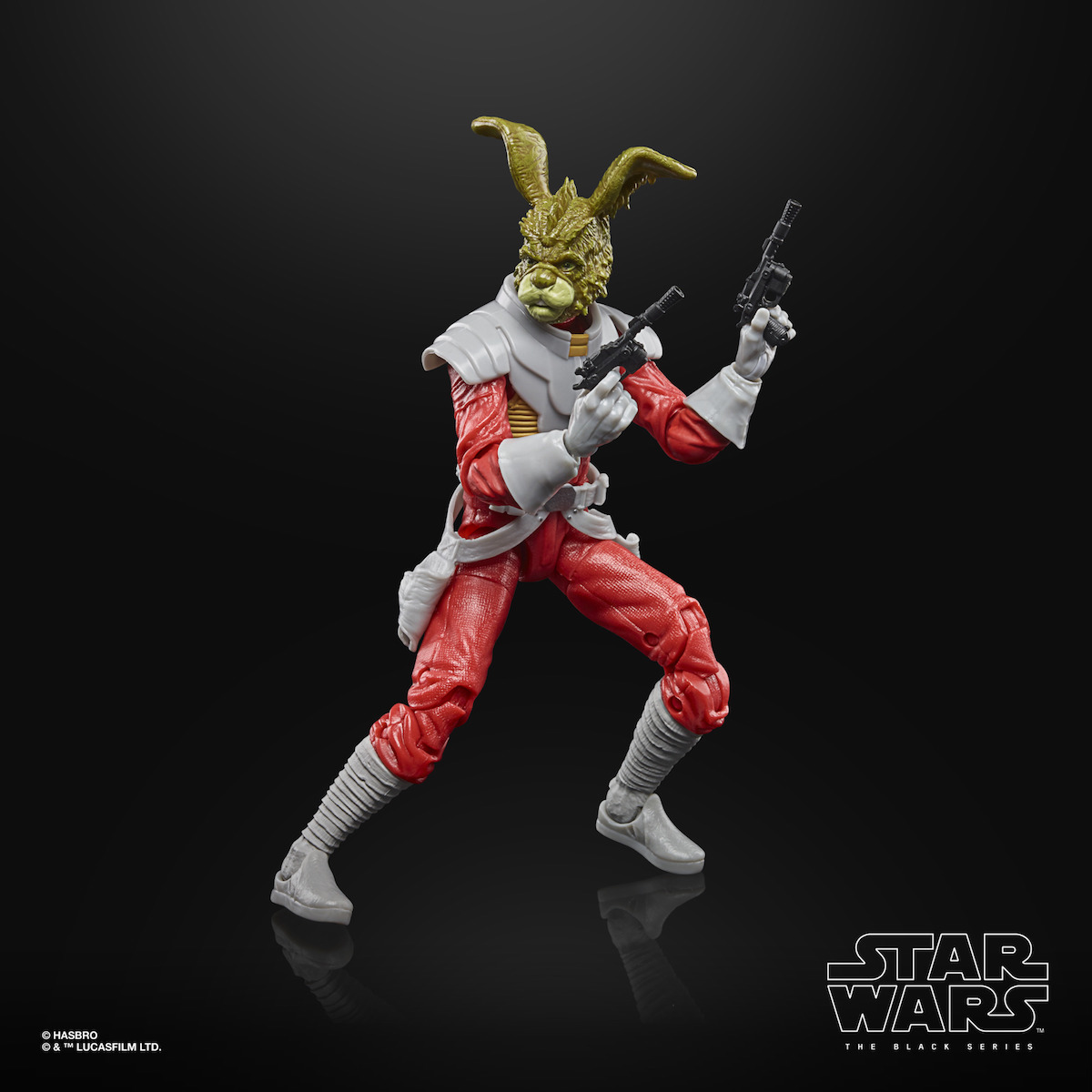 And any hero of the Rebellion, no matter how unusual they look, is worthy of a Black Series figure. But you’re still going to have to explain why a rabbit is standing next to Darth Vader on your bookshelf.