There are lots of important, iconic lightsabers throughout the galaxy far, far away. But only one can unite an entire planet— the Darksaber. It’s why Bo-Katan Kryze was so eager to defeat Moff Gideon and reclaim it as her own. Her scattered people have no true leader; their home world of Mandalore is a shattered reminder of the Empire’s atrocities. Of course, The Mandalorian‘s Din Djarin inadvertently ruined Bo-Katan’s plans when he became the weapon’s new owner. We don’t know if she’ll fight him for it. But we have a bigger concern now. Bo could come looking for any of us instead, thanks Hasbro’s new full-sized Black Series Darksaber. 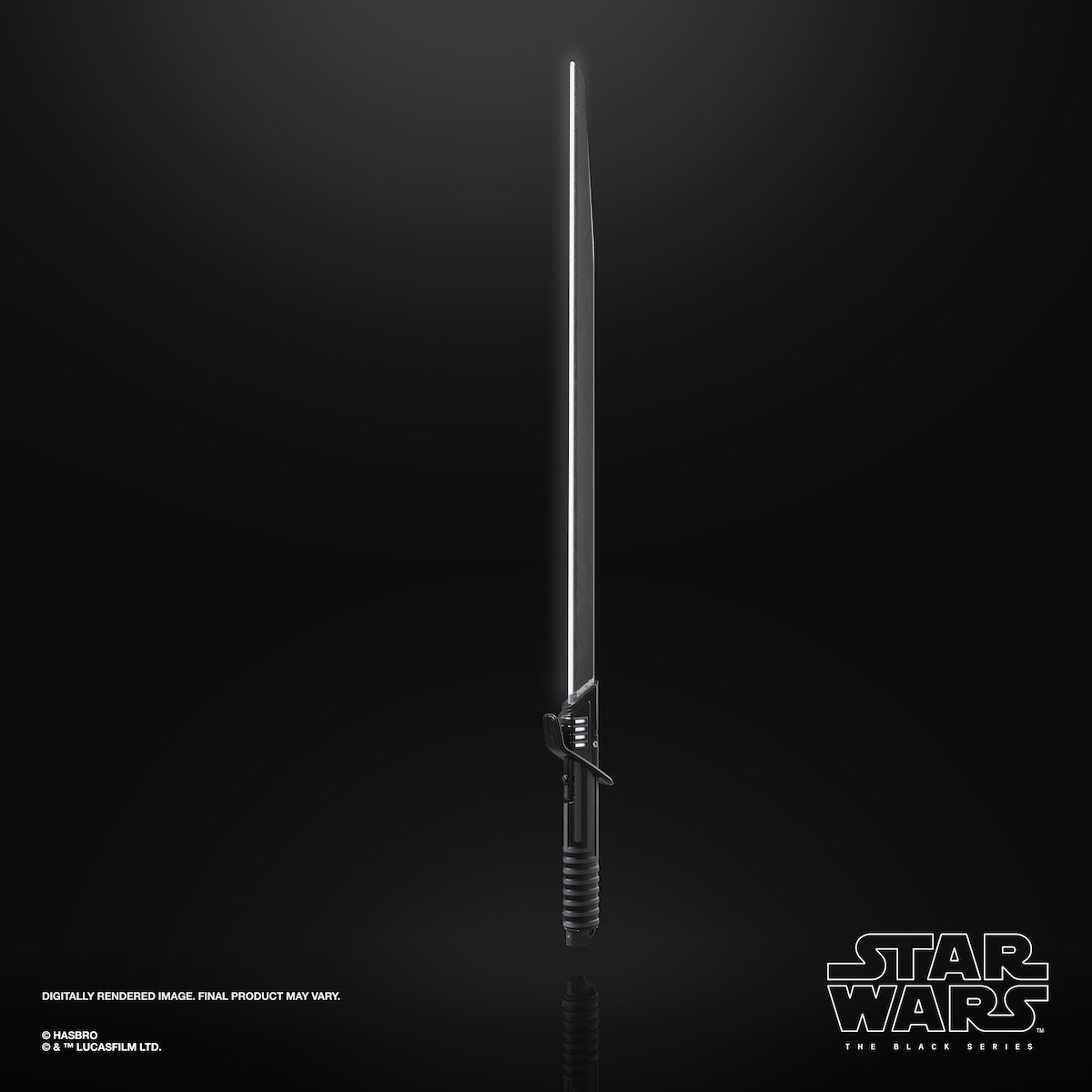 Star Wars: The Black Series The Mandalorian Darksaber Force FX Elite Lightsaber might be a mouthful. But it boasts all the elegance of the much-sought after weapon. The newest Star Wars collector’s item is part of Mando Monday for the show’s season two finale. That’s when it became a source of tension between the former Mandalorian leader Bo-Katan and Din Djarin. He could not be any less interested in its history and power. We definitely care about all of that, though. And this newest recreation is designed for those who want nothing more than to wield the Darksaber themselves.

Not only does it look like the one seen on the show, this realistic copy features sound effects from the live-action series. That includes “power-up, power-down, and motion sensor-controlled idle hum and battle clash effects.” It also comes with “progressive ignition, molten tip effect, light-up hilt,” and the first-ever white LED blade edge for a FX Elite Lightsaber. Plus, it also has the Darksaber’s recognizable deco-based design. 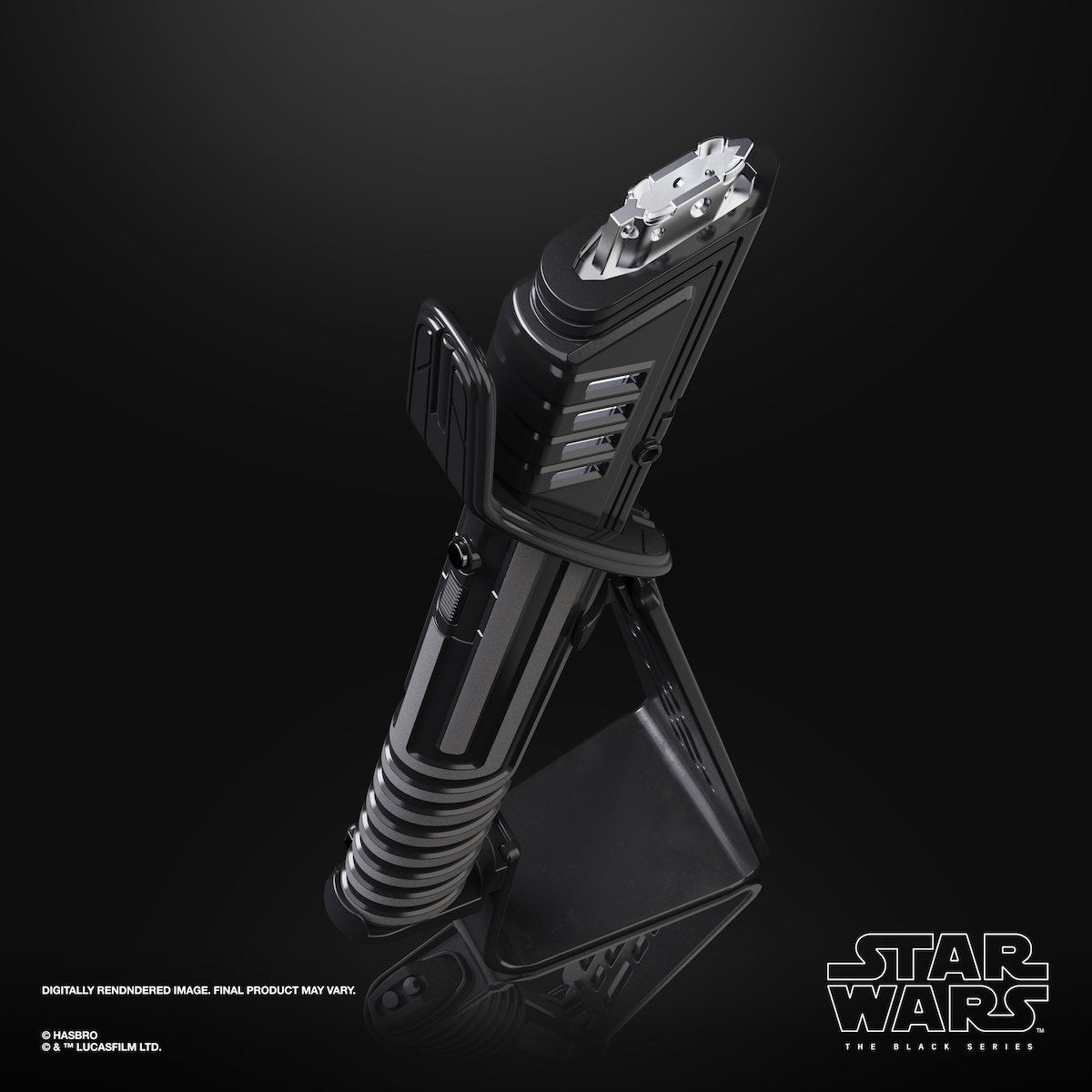 The piece also comes with a display stand, “with or without the removable blade.” It only requires one rechargeable 3.7V 1500mAH LiPo battery, which is included. There’s also a barrel plug, hex key tool, stand, rechargeable Li-ion battery, USB charging cord, and instructions.

It will be available for pre-order at GameStop ($249.99) starting today. It will be yours in summer of 2021. Just so long as no Imperial officers of Mandalorians come looking for it. And with the Darksaber they probably will. 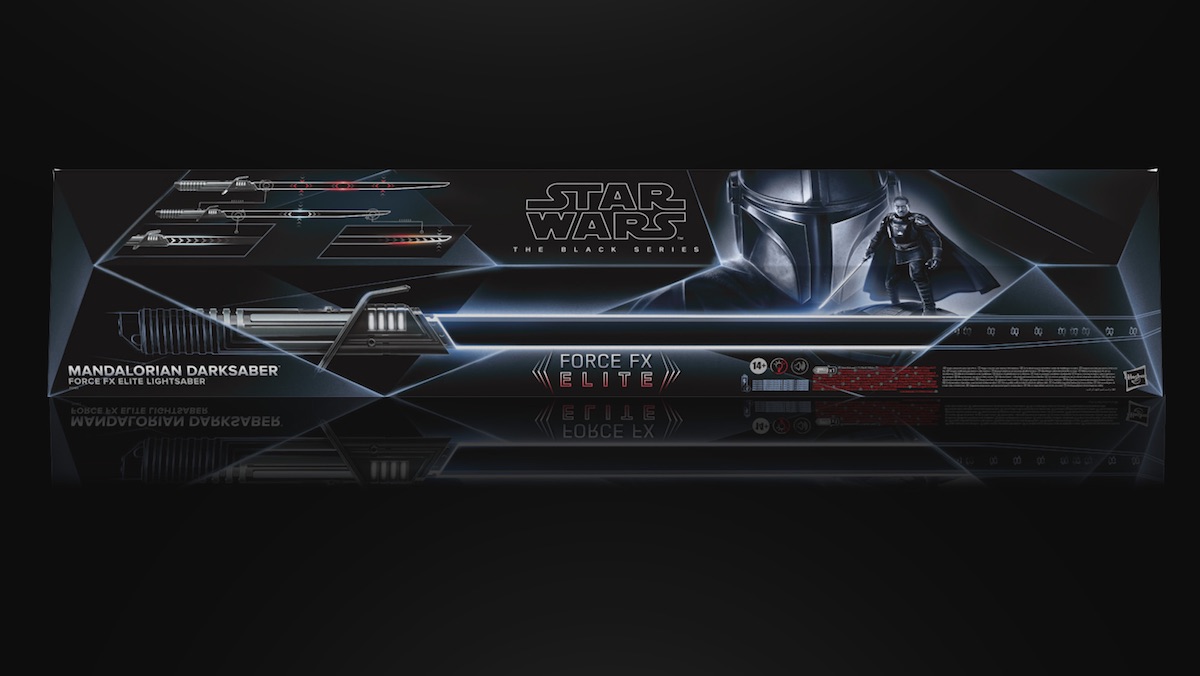