Although there is constant chatter about innovations in the flying car space, it’s rare to see any demonstrations of the tech with true substance. But the Tokyo-based flying car manufacturer SkyDrive Inc. is dead set on changing that status quo. In fact, the company says it wants to have a taxi service that uses flying cars up and running by 2023. And there’s already even a—very brief—glimpse of how SkyDrive’s flying car will work.

In a recent Japan Times article, which comes via Futurism, SkyDrive’s CEO Tomohiro Fukuzawa discussed the road map his company is using to make flying cars a reality. It all begins with a manned flight that could happen as soon as this summer.

“We’re considering launching an air taxi service in big cities, either Osaka or Tokyo, with initial flights over the sea as it would be too risky to fly over many people all of a sudden,” Fukuzawa told the Times. Fukuzawa added the service will be cheaper than taking a helicopter, which costs around $470 to $750 per trip.

In regards to the actual flying car, Fukuzawa and co. are working on a battery powered VTOL design. This means that the cars will be quiet and compact and usable without a runway. SkyDrive’s flying cars will also fly autonomously, and, of course, cruise around streets like a regular car.

The tech specs of the flying cars, while not gobsmacking, would presumably be impressive for this kind of vehicle. SkyDrive claims that its flying car, once in production, will be able to cruise at an altitude of 1,600 feet. It will also be able to achieve a top speed of about 40 miles per hour. The flying car, which will be the size of two conventional cars, will achieve lift thanks to its eight propellers.

“Initially we plan to provide the service in Japan, but we are aiming to go overseas quickly, especially Southeast Asia,” Fukuzawa told the Times. While those of us in the U.S. would probably have to wait decades for the flying cars to come here, there’s no doubt SkyDrive is making progress. Along with the animated teasers up top, SkyDrive also recently released the video immediately above. In the video, SkyDrive’s engineers show off part of their prototype flying car in a demonstration of its ability to achieve lift-off.

While the prototype and taxi service are both shorter-term goals, Fukuzawa does have (relatively) big dreams for the company. By 2028, the CEO wants the company to have an annual production rate of 100 flying cars. The aim beyond that is to ultimately make the flying cars as affordable as conventional luxury vehicles. 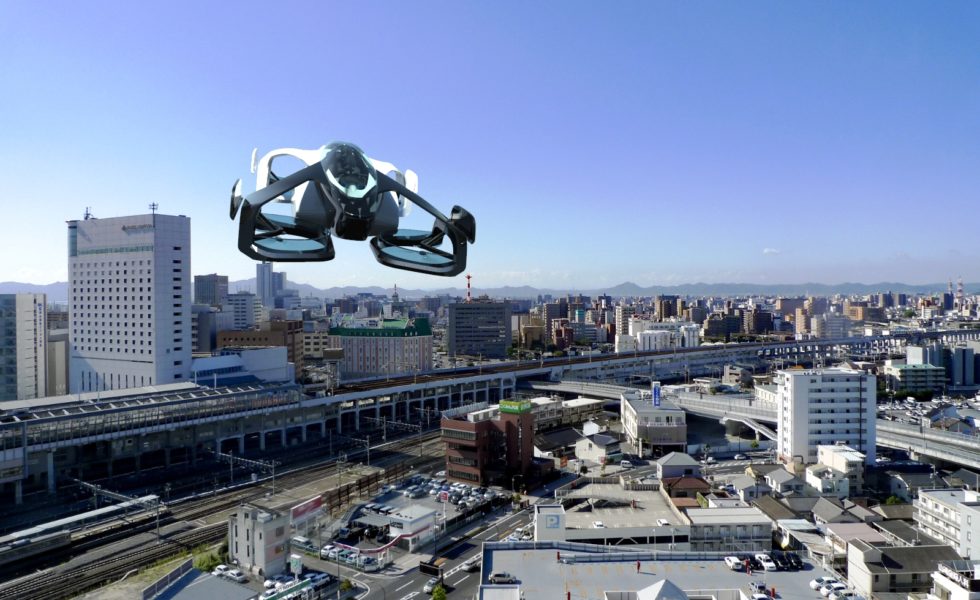 What do you think about SkyDrive’s flying cars? Do you think the company will indeed be able to deliver on its vision? Let your thoughts take off in the comments!