All-Star Cast Reads JAMES AND THE GIANT PEACH for Charity

Taika Waititi has worked with some pretty big names and amazing casts. But his next project will feature a collection of talent that rivals even the MCU’s biggest team-ups. The Thor: Ragnarok director is leading a celebrity reading of Roald Dahl‘s classic children’s book James and the Giant Peach, all for charity. And with the likes of Chris Hemsworth, Meryl Streep, Cate Blanchett, Ryan Reynolds, Benedict Cumberbatch, and many, many others, it should be one magical fundraiser.

Waititi is teaming up with Partners in Health, a social justice organization helping vulnerable communities around the world fight COVID-19. The Oscar-winner is leading a capital “A”/capital “S” All-Star reading of James and the Giant Peach. The ten-episode series (that we first heard about at THR) will include a truly insane lineup.

There’s also “a select number of celebrities still to be announced.” Uh, who the heck is left? 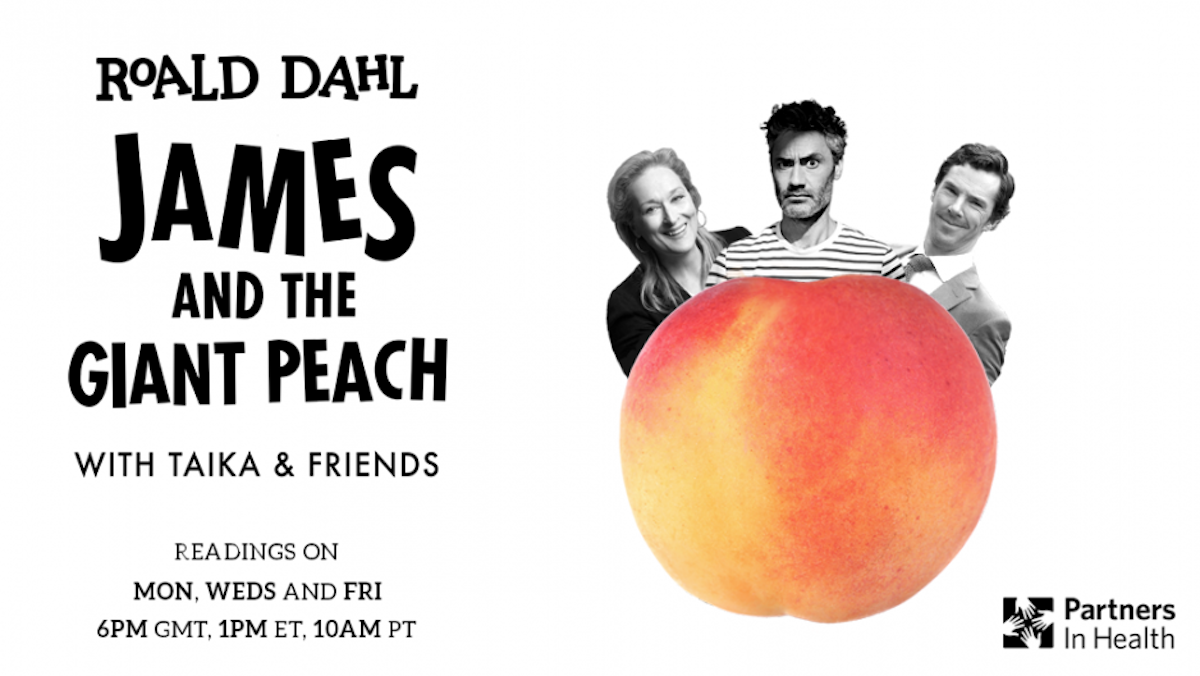 The first two episodes are already available on the Roald Dahl YouTube channel. New episodes will debut there on Monday, Wednesday, and Friday, at 1 p.m. Eastern. The Roald Dahl Story Company “has committed to matching the first $1 million donated” by viewers.

The organization also has another connection with Partners in Health, as the late author’s daughter Ophelia Dahl is Partners in Health’s co-founder and board chair. “He believed deeply in the power of imagination to fuel important change, whether a vastly better health system, a more effective vaccine, or jobs for the most vulnerable,” said Dahl about her father in the project’s announcement. “Creativity and partnership are at the root of our organization.”

Speaking of the power of imagination, we’re not sure we could have come dreamed up a better cast. Or a better person to lead it.  Or a better cause to help raise money for. The only way this could be anymore magical is if it involved a giant flying peach.