The Wizarding World of Harry Potter has been helping parents and kids alike during this extended period of social distancing. Teachers have been given permission to read books online to their students. Meanwhile celebrities, including Daniel Radcliffe, have been taking turns narrating the first novel in the series for free. Plus, there’s been plenty of activities provided online. But now J.K. Rowling is giving her fans something entirely new to get through quarantine. She’s releasing a never-before-seen children’s fairy tale featuring all new characters.

And she wants kids to use their free time to illustrate the story, all for a good cause.

Over 10 years ago, I wrote a stand-alone fairy tale called
The Ickabog. You can read more about how, why and
when The Ickabog was written at https://t.co/MgH9NZnSAS

Rowling announced on Twitter that beginning today, May 26, she will begin releasing chapters of her unpublished kid’s book The Ickabog online for free. It’s a story she first wrote a decade ago. The author said she originally had the idea for the story while still working on Harry Potter, and originally planned to publish it after The Deadly Hallows. But then her plans changed. Here’s what she wrote on her website about what happened:

“However, after the last Potter book I wanted to take a break from publishing, which ended up lasting five years. In that time I wrote The Casual Vacancy and Robert Galbraith wrote The Cuckoo’s Calling. After some dithering (and also after my long-suffering agent had trademarked The Ickabog – sorry, Neil) I decided I wanted to step away from children’s books for a while. At that point, the first draft of The Ickabog went up into the attic, where it’s remained for nearly a decade. Over time I came to think of it as a story that belonged to my two younger children, because I’d read it to them in the evenings when they were little, which has always been a happy family memory.” 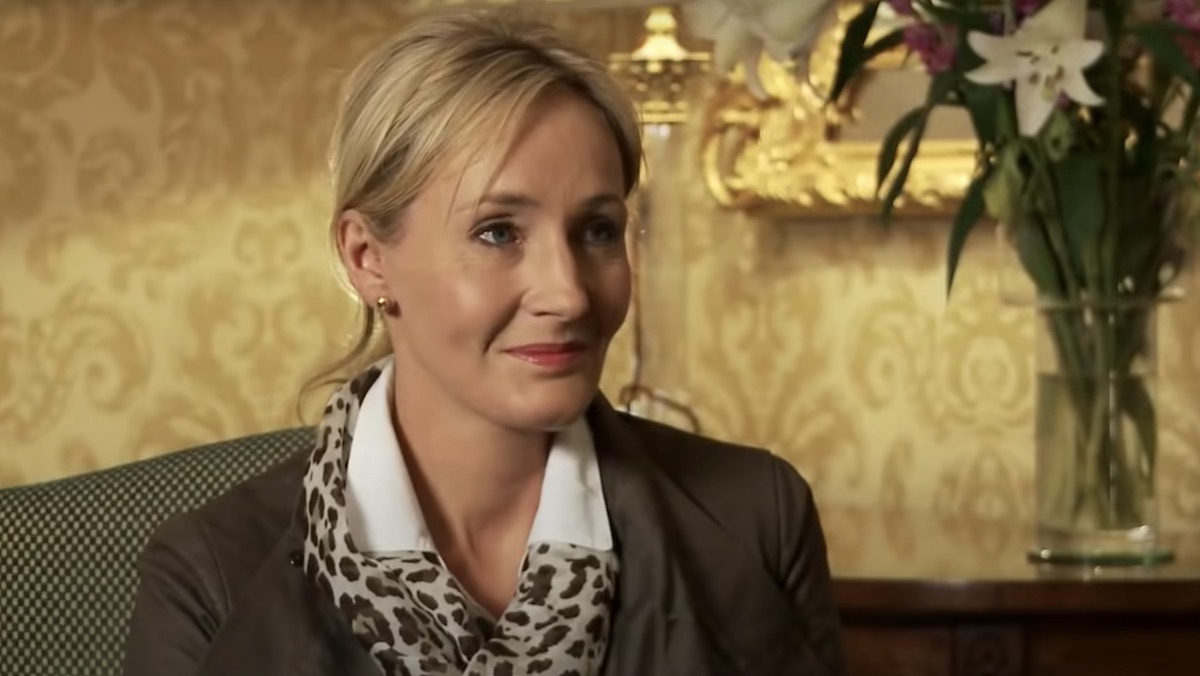 But a few weeks ago she pulled the draft out of her attic. And after a few rewrites (with input from her now teenage-aged kids who demanded certain parts remain in the story), Rowling decided to share the fairy tale with kids everywhere to help them deal with COVID-19. She will begin posting chapters (or two or three) every weekday starting today until July 10. The serialized novel can be found on the official  Ickabog website.

Rowling says The Ickabog “lends itself well to serialisation” because she wrote it “as a read-aloud book” for her kids. But it’s “suitable for 7-9 year olds to read to themselves.”

But what exactly is the story about?

“The Ickabog is a story about truth and the abuse of power. To forestall one obvious question: the idea came to me well over a decade ago, so it isn’t intended to be read as a response to anything that’s happening in the world right now. The themes are timeless and could apply to any era or any country.”

In addition, Rowling also announced a contest for kid’s to illustrate the book, which will be formally published in November. She’s hoping that competition will be something else for children to focus on while stuck indoors.

The best pictures in each publishing territory will be included in the books we intend to publish in November 2020.

As individual publishers will know best which illustrations work in their editions, I won’t be personally judging this competition.

Rowling will also donate all her proceeds from the book to charities aiding those impacted by COVID-19.

Lastly, I intend to donate my author royalties from the published books to projects and organisations helping the groups most impacted by Covid-19. Full details will be made available later in the year.

Quarantine isn’t fun, but a free fairy tale from the person who created Harry Potter will make it a little more magical. The first two chapters of  The Ickabog are currently available to read.