What Is IT CHAPTER TWO's Ritual of Chüd? - Nerdist

What Is IT CHAPTER TWO’s Ritual of Chüd?

Not that a movie about a cosmic child-eater that looks like a clown isn’t weird enough, but It Chapter Two has some extra weird bits. Most of those weird bits come directly from Stephen King’s novel It, written in 1986. While the first movie touches on the more celestial side of Pennywise, Chapter Two goes full boar. One of these aspects is the Ritual of Chüd. Note the umlaut; I’m not talking about Cannibalistic Humanoid Underground Dwellers. This is an ancient Native American ritual and the only thing said to defeat Pennywise. But, like…what is it?

Beware STRONG spoilers ahead for It, It Chapter Two, and the novel.

In King’s novel, the Losers Club performs the Ritual of Chüd twice, once as children and once as adults. Or they think they do, anyway. In a nutshell, the ritual allows people to enter The Macroverse. Defeating Pennywise is contingent on belief. It’s a psychic battle of wits; since Pennywise feeds on fear before feeding on flesh, his opponents must break down his hold on them. In the novel, Bill Denbrough learns about the Ritual of Chüd and convenes with Maturin, the magic space turtle.

Now, I know what you’re gonna ask. Yes, I am over six feet tall. But you might also ask who in the universe is Maturin the space turtle. Well, he’s one of King’s nigh- Lovecraftian deities (not unlike It itself). He is It’s diametric opposite. Yes, he is a turtle from before time. He spends most of his existence asleep in his shell, but once he had a stomachache and woke up to vomit out the known universe. Like ya do. While Maturin doesn’t interfere with the affairs of humans very often, he did intercede with young Bill Denbrough and gave him advice on how to defeat Pennywise. 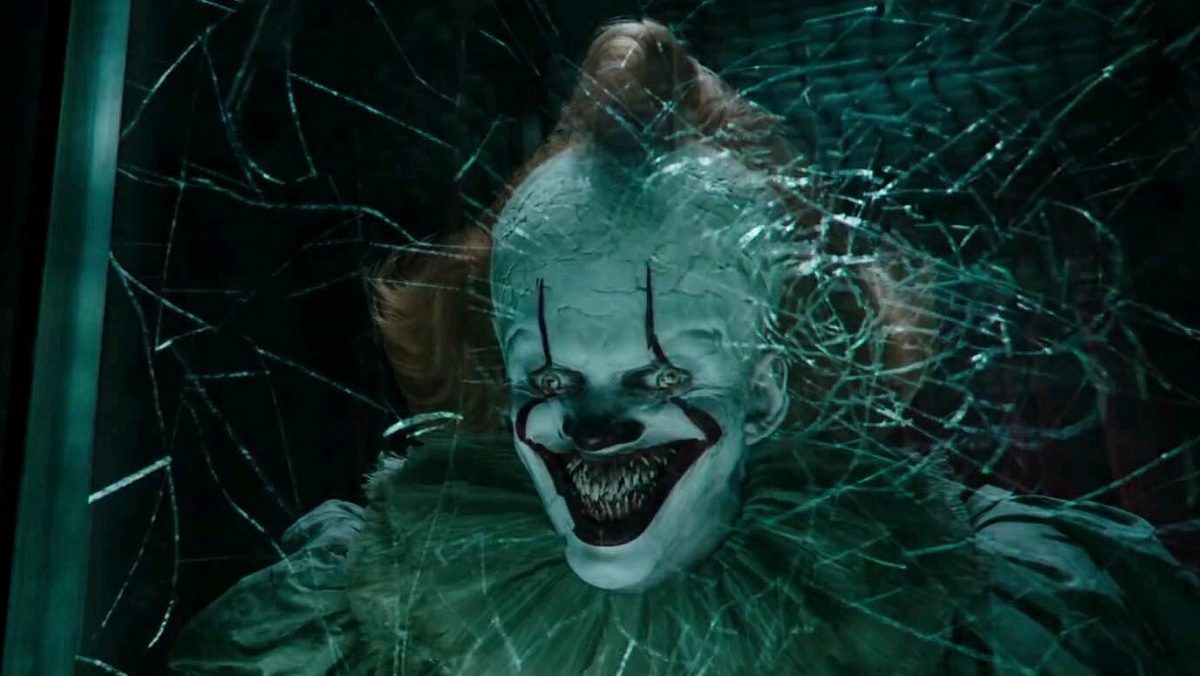 This advice led to the Losers fighting Pennywise through belief. They believed the metal silver had magical qualities, given how often characters killed werewolves and stuff with it in movies. And because of this belief, silver did affect Pennywise. Beverly shot It in the head with a piece of silver from her slingshot and Pennywise fell down a pit. Twenty-seven years later, the adult Losers’ Club didn’t have the same belief. However, through the second Ritual of Chüd, Bill and Richie Tozier are able to enter It’s mind, though they get lost. Eventually, Bill enters It’s body, locates his heart, and crushes it, killing Pennywise forever.

The movies employ bits of this, but they change specific pieces. The biggest change is that Maturin the space turtle no longer appears in any real way, though turtles appear in the background throughout. The second major change is that nobody mentions the Ritual of Chüd in the first movie at all. In the second movie, Mike Hanlon learns about it from a local Native American tribe and he basically drugs Bill to show him. But the bulk of the second film has the individual Losers recovering artifacts from their past in order to perform the ritual. Which I guess they do? It seems unsuccessful, though they do eventually defeat Pennywise. Though It spends much of the third act as a massive spider-clown centaur, the Losers shrink it through bravery and ridicule until it becomes a tiny little clown boi.

Frankly, it’s surprising It Chapter Two would reference the Ritual of Chüd at all, and it certainly diverges quite a bit from the novel. However, its tenets remain in both installments and it does allow our heroes to defeat the monster. It’s just a bit muddied, in any medium.

It Chapter Two is in theaters now.