In the video above, Harvey begins the song as Pippin does in The Return of the King—with a lyrical rendition of “A Walking Song,” which appeared as a poem in Tolkien’s The Fellowship of the Ring. The lyrics, which Pippin sings to Denethor in the movie, are beautiful yet haunting. A perfect mix, of course, for one of the film’s more heartbreaking sequences.

Following his lyrical cover of Pippin’s song, Harvey dives into a flute solo that would make Galadriel start grooving. The musician and ironworker deploys his “walking stick” flute for the song, which gives it a fantastical je ne se quoi. (It’s the kind of music you’d hear when visiting a Longbottom Leaf shop, if you catch our drift.)

The mystical cover becomes all the more pleasing thanks to the sounds of trickling water coming from… somewhere. Perhaps a leak that Harvey and his co-workers should be fixing? We have no idea and couldn’t care in the slightest! The fact that the sounds transport us to Lothlórien is all that matters. Plus, pipes bursting in parking lots is kind of unavoidable, apparently.

In the Reddit post above, Harvey belts out another Tolkien tune, “Song of Durin,” on his Native American drone flute. The Song of Durin is also from The Fellowship of the Ring, but in the films, appears in The Hobbit: An Unexpected Journey. Harvey’s version is, of course, delightful, although there’s no trickling water to accompany this cover. Perhaps the flutist played this song after he and his mates had finished their work, and their Lembas bread. 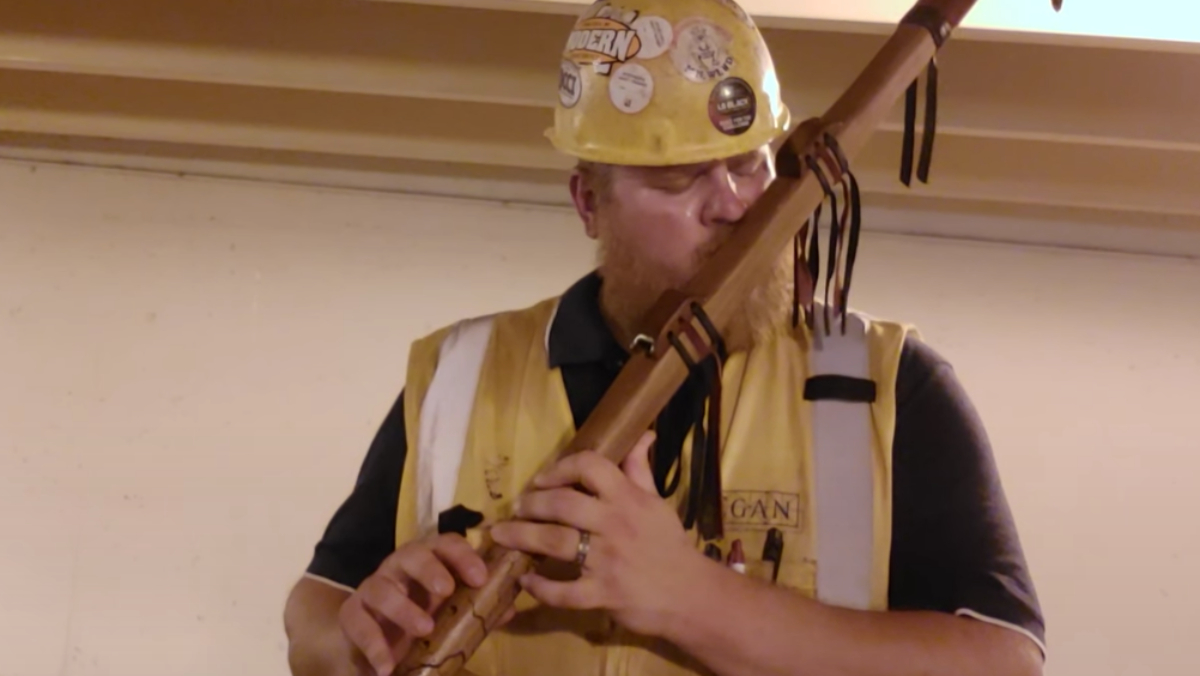 TAGGED: flutes, A Walking Song, Music, Lord of the Rings