How can you make $18,000 disappear? Buy an “invisible sculpture.” That’s really what someone just did. They purchased an imaginary piece of art that doesn’t exist in any tangible form for very real money. In a sale that proves there are some things even stranger than NFTs.

Italian artist Salvatore Garau has sold his “Buddha in Contemplation” (which we first heard about at HYPEBEAST). That wouldn’t be especially notable if not for the fact the only thing worth contemplating about it is how he managed to sell it at all. Because this “invisible sculpture” isn’t real. You can not see it displayed in this video from Milan’s Piazza della Scala. The work consists of a 5×5-foot square full of nothing.

Garau insists the piece does exist though. He says it “is made of air and spirit.” And it comes with strict guidelines for how it’s displayed. That includes a private space with no obstructions that require either lighting or climate control. Here’s what he wrote about his piece and its meaning:

“It is a work that asks you to activate the power of imagination, a power that anyone has, even those who don’t think they have it. Just as music, songs or prayers help us to see what we do not see, so even a title feeling is enough to make us view and perceive an existence.

It doesn’t matter whether it is visible or not, this form generated by thought is here now, above the white square space, exactly 25 meters in front of the entrance to the Gallerie d’Italia di Piazza della Scala in Milano city, Italy.

Now it exists and will remain in this space forever.” 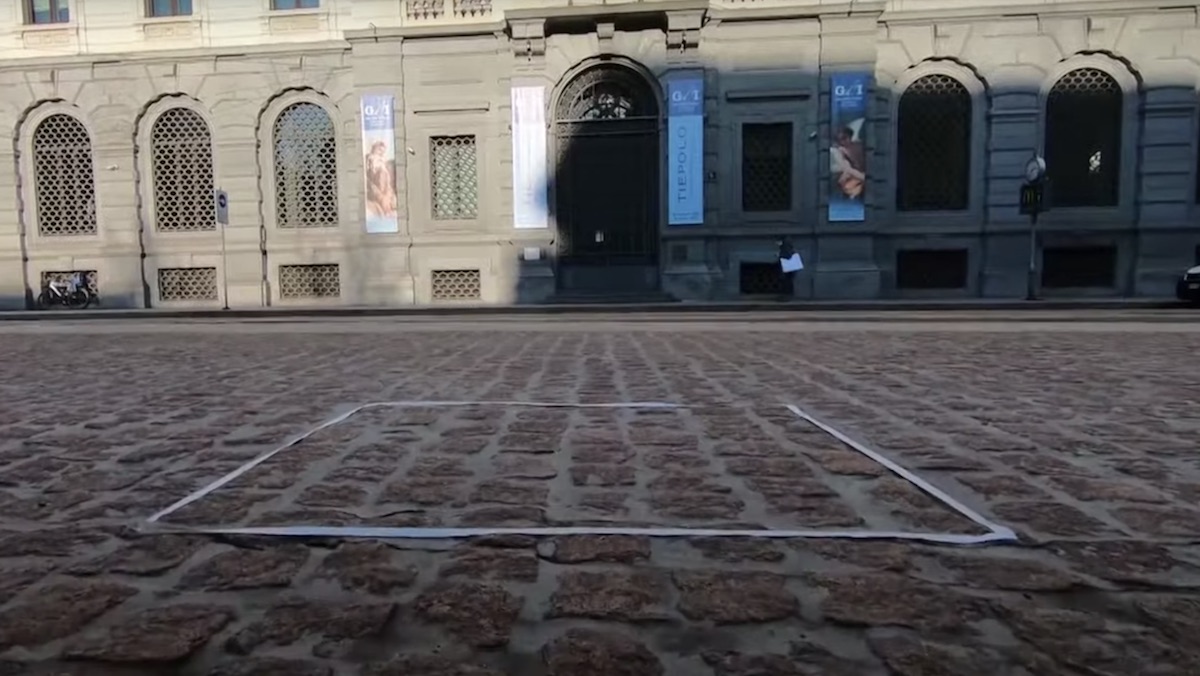 I think NFTs are not great. But at least if you buy one you can still watch a funny gif or appreciate a great photo. The only thing you get with an “invisible sculpture” is a certificate of authentication. What it’s really certifying though isn’t hard to imagine.