You might have heard about NFTs and the ridiculous money they are selling for. You might also, like so many others, have absolutely zero idea what the hell an NFT actually is. It’s kind of like…. uh, you pay for an online link? And that link takes you to a photo or a video… or something? And then you…. I think you own that link? It’s sort of like the internet’s equivalent of buying an original painting. Only everyone else in the world has access to an identical copy?

Look, it’s hard understand let alone explain. Fortunately this week’s Saturday Night Live provided a musical lesson on exactly what an NFT really is. But while this song definitely answers some questions, it raises others. Like why did the show parody an Eminem song that came out almost 20 years ago?

Davidson, wearing a Robin costume, takes on Eminem’s role to ask about NFTs. Redd fills in for Dr. Dre, even though he definitely looks like Morpheus from The Matrix. And Harlow plays a Will Hunting type, a school janitor who is the only one that can crack the code. 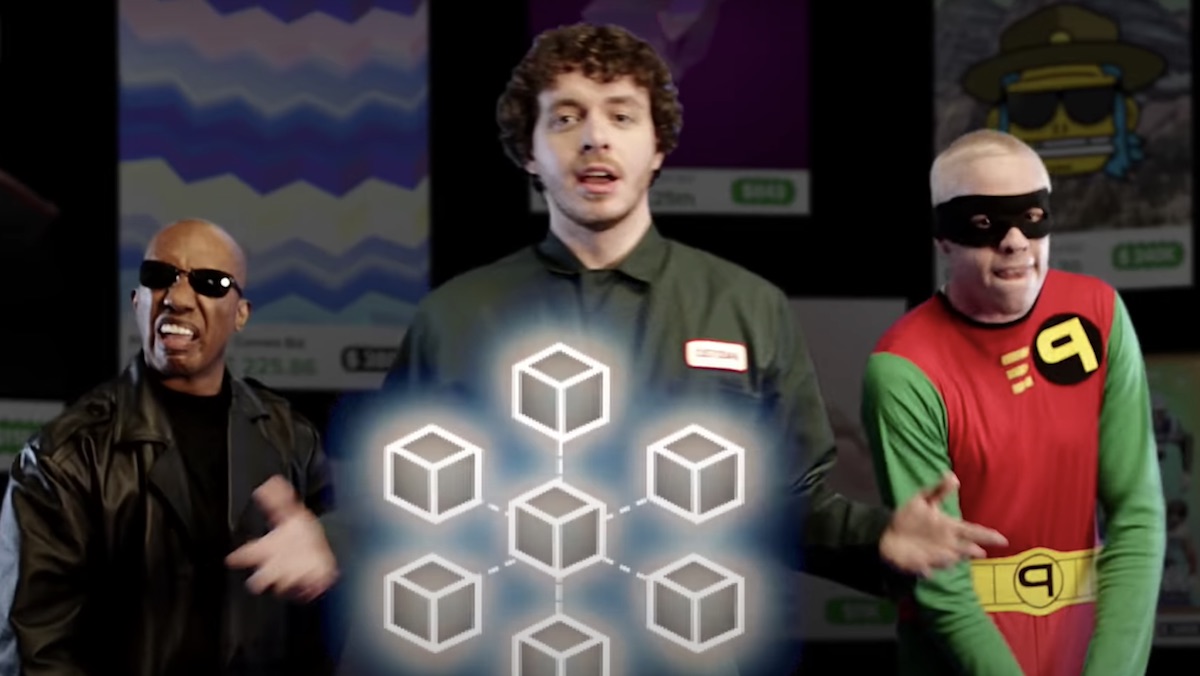 And that code is… something about non-fungible tokens. Which are…uh….okay, we probably need to watch this a couple more times to fully understand what’s going on.

But not just so we can figure out exactly what an NFT is and why anyone would spend money on a link. We also need to figure out why using a 2020 song was the best way to explain them.