Get an Exclusive Look Inside THE ART OF INVADER ZIM - Nerdist

Get an Exclusive Look Inside THE ART OF INVADER ZIM

Audiences fell in love with Invader Zim when the animated series debuted on Nickelodeon back in 2001. Jhonen Vasquez created the sci-fi show featuring an alien named Zim who came to Earth intending to conquer the human race. Nickelodeon canceled Invader Zim part of the way through season two, but even though the series contains relatively few episodes, it achieved cult status. Fans supported the critically acclaimed cartoon long after it went off the air. And now those fans get a treat with The Art of Invader Zim by Chris McDonnell. 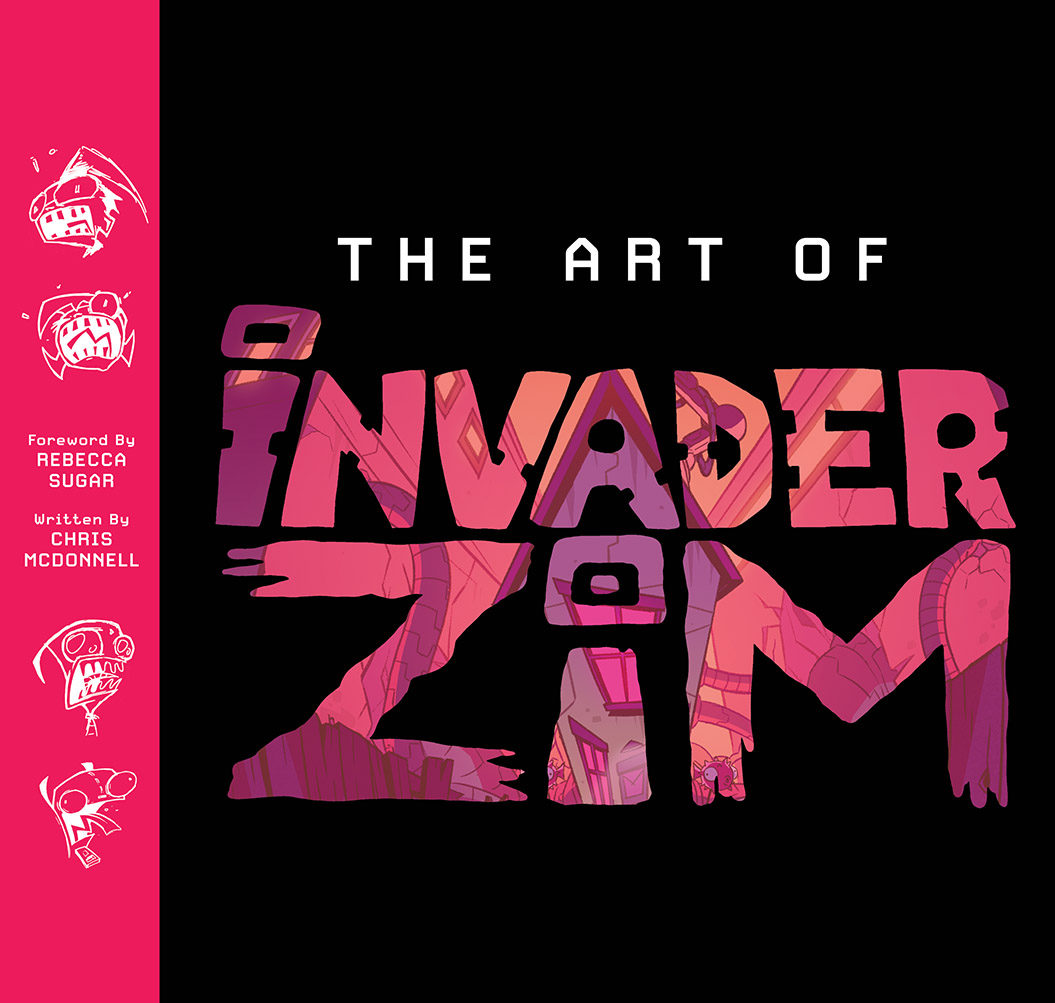 The Art of Invader Zim serves as an oral and visual history for the short-lived, yet beloved, show. It was a weird and terrific series, and it’s a treat to go behind the scenes for a plethora of material that’s never been published before. Production art, storyboards, photos, ephemera—readers will find it all. The book covers the original series and the 2019 Netflix original Invader Zim: Enter the Florpus. Readers will also enjoy interviews with cast and crew from Invader Zim.

The book isn’t out quite yet, but you can get a peek at what’s ahead now. Nerdist is pleased to share six exclusive spreads from The Art of Invader Zim. This tease only makes us crave more, and we think you’ll have the same reaction. 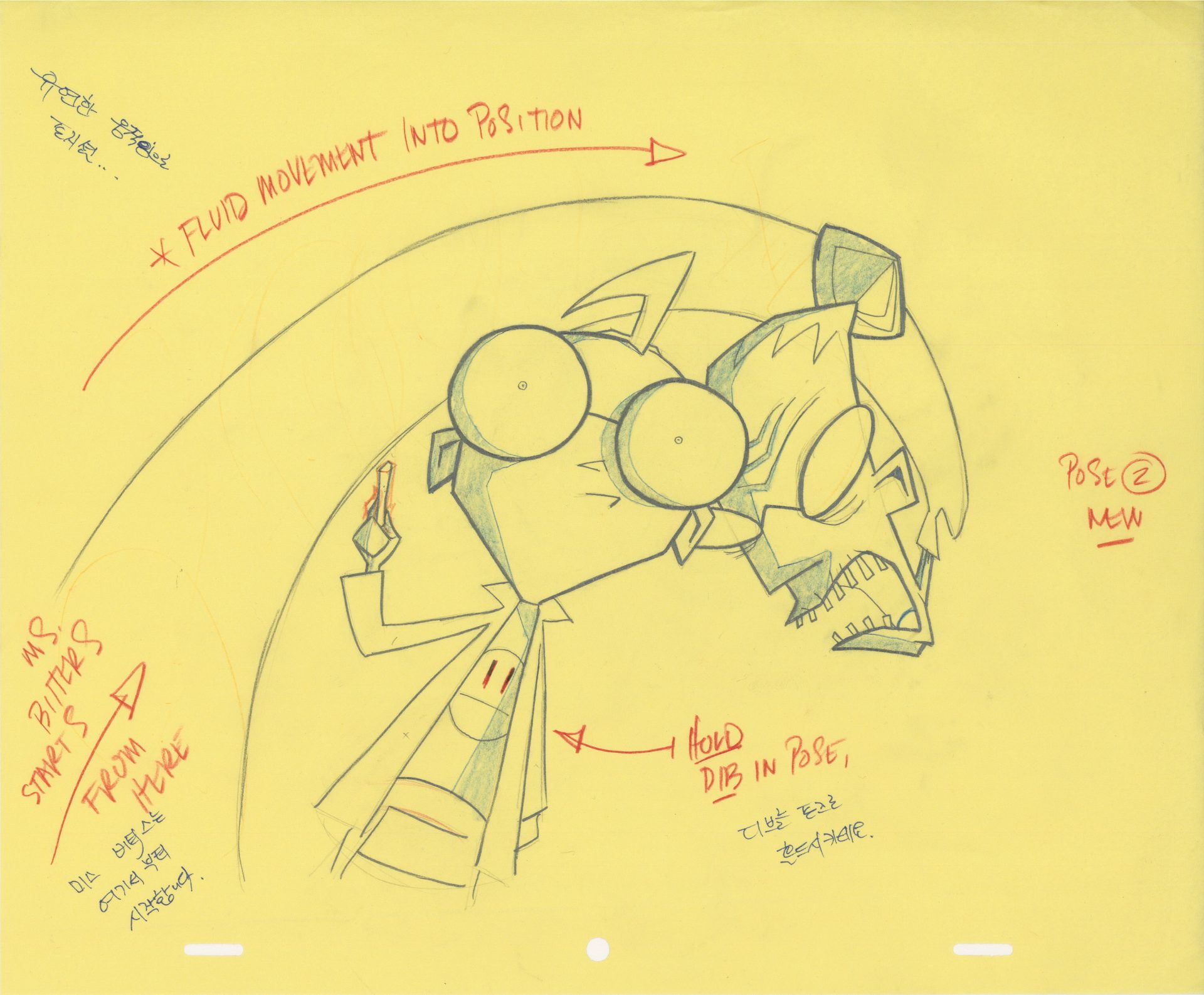 A key animation drawing from the [pilot] episode with notes on the movement. 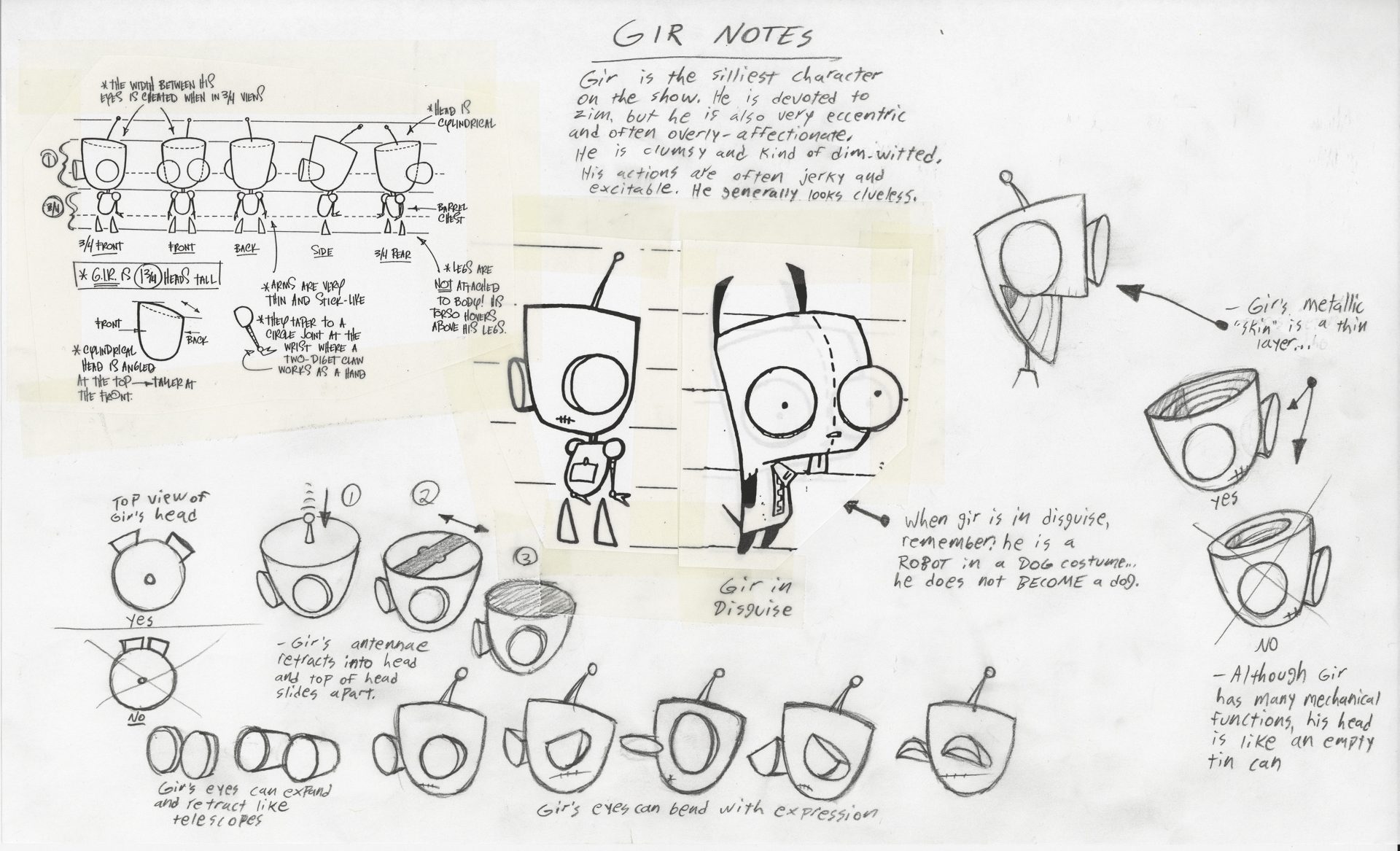 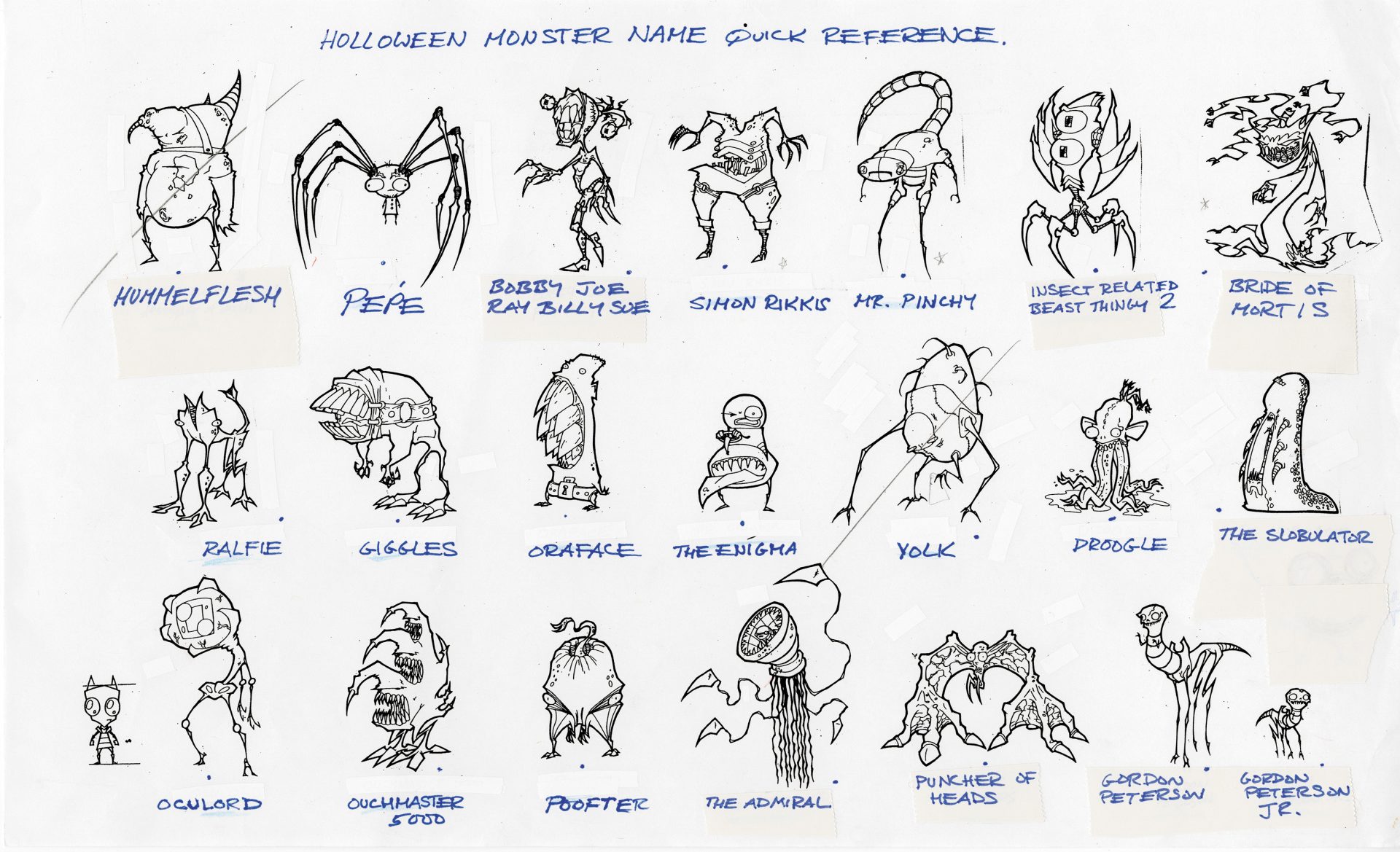 Monsters from the previous spread and more are named on the Halloween Monster Name Quick Reference sheet above, a fascinating production artifact unto itself from the episode “Halloween Spectacular of Spooky Doom” 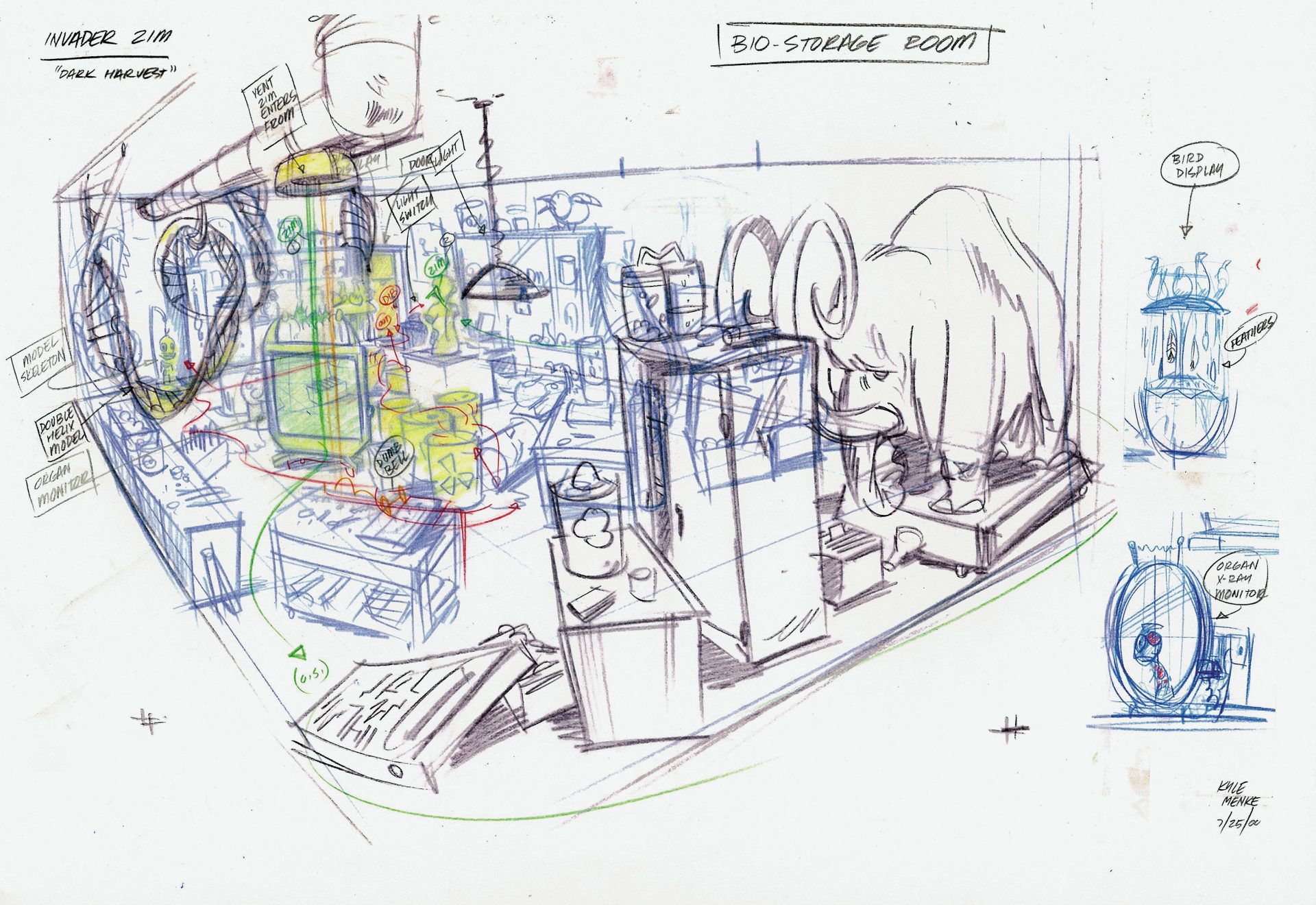 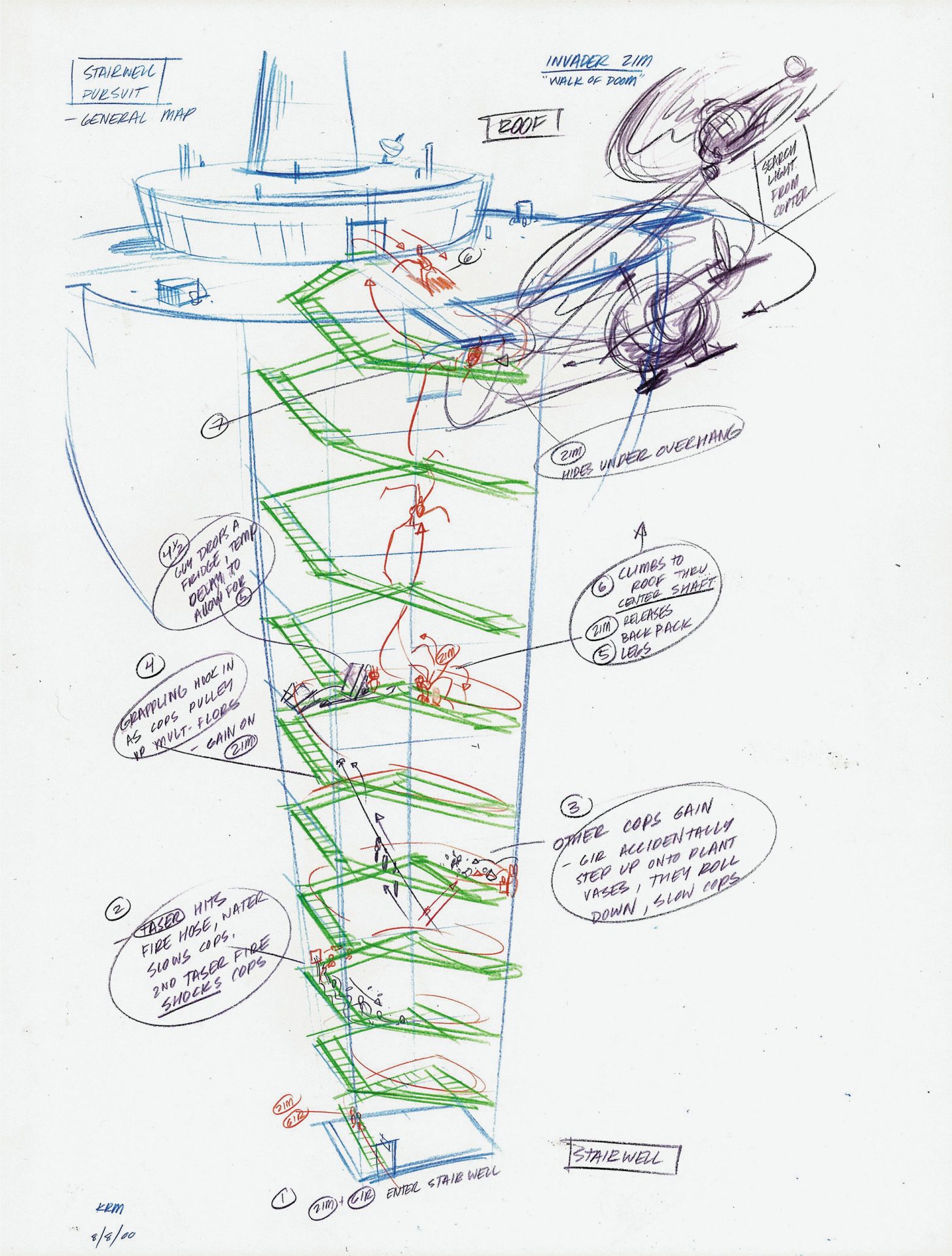 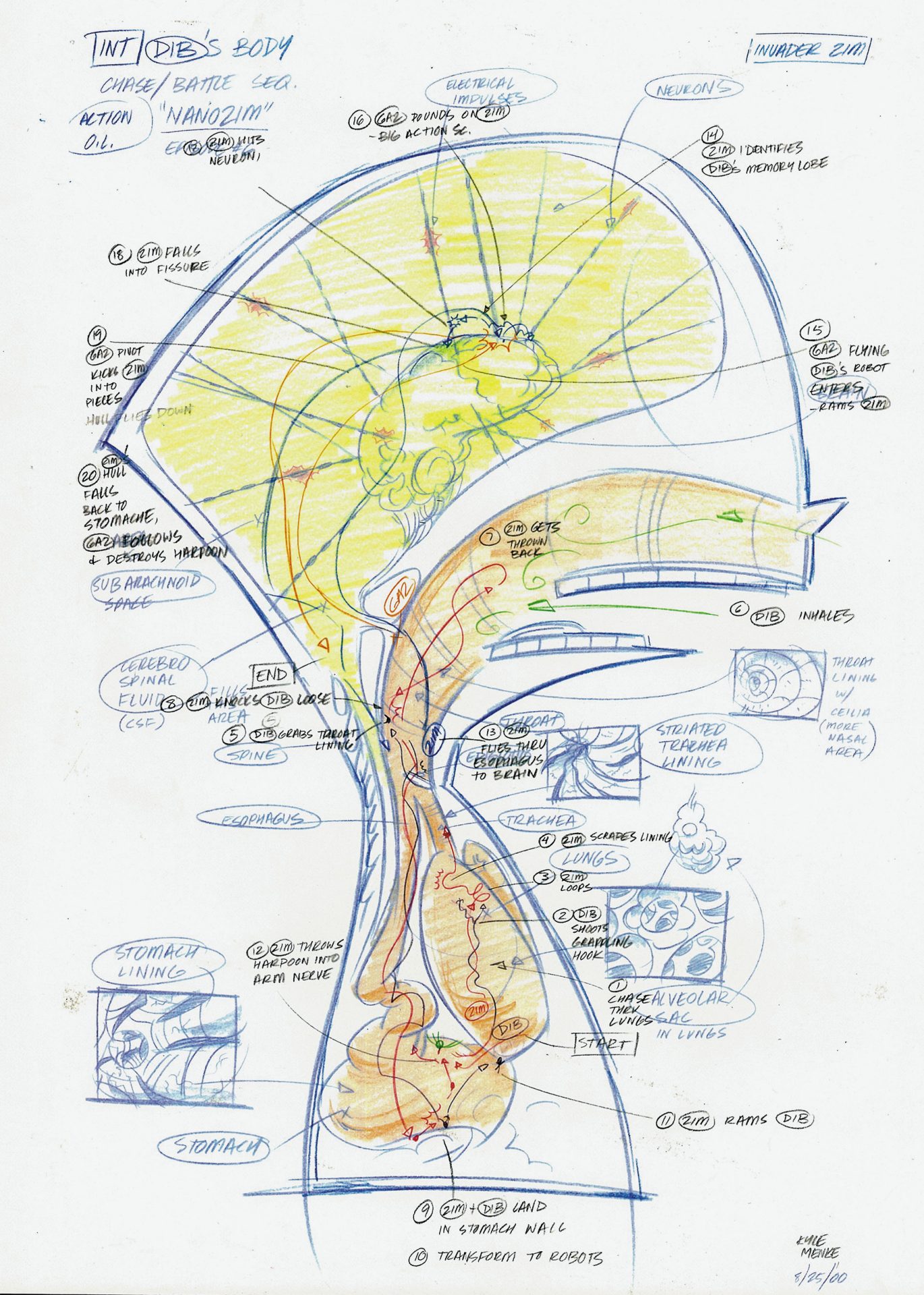 Kyle Menke created the above three action maps for the episodes “Dark Harvest” (EP4B), “Walk of Doom” (EP3B), and “NanoZim” (EP2B) Kyle Menke [storyboard artist]: “I drew these before I would storyboard an action sequence. They helped me to plot out the beats and understand the environment as well as figure out the best camera angles. I would also show these to Steve [Ressel] and Jhonen before I did my thumbnails to see if they had any additional ideas or gags.”

The Art of Invader Zim will be available wherever you buy books on July 28, 2020. You can pre-order it now.