While everything in the universe must obey the the laws of thermodynamics—except for whatever’s going on in black holes maybe?—sometimes something comes along that seems to defy them. Case in point: a new marble loop “that runs forever” from the YouTube channel Viral Video Lab. Although the marble, of course, does not literally run forever. And this loop video may or may not also contain CGI effects.

Laughing Squid picked up on ViralVideoLab’s infinite marble loop, which not only shows the contraption working flawlessly, but also how to build one at home. The loop is ultra-simple, consisting of only a funnel, a hose, a steel ball, a vice, and some tape. I.e. stuff Adam Savage probably carries around underneath his cool hats.

In the video the channel’s host sets up the contraption in a quick time-lapse montage. The host plugs the plastic hose into the bottom of the funnel, tapes the former component into a “U,” and then places the result upright in a vice. At around 22 seconds in, the host drops the steel ball into the funnel and the looping magic commences. 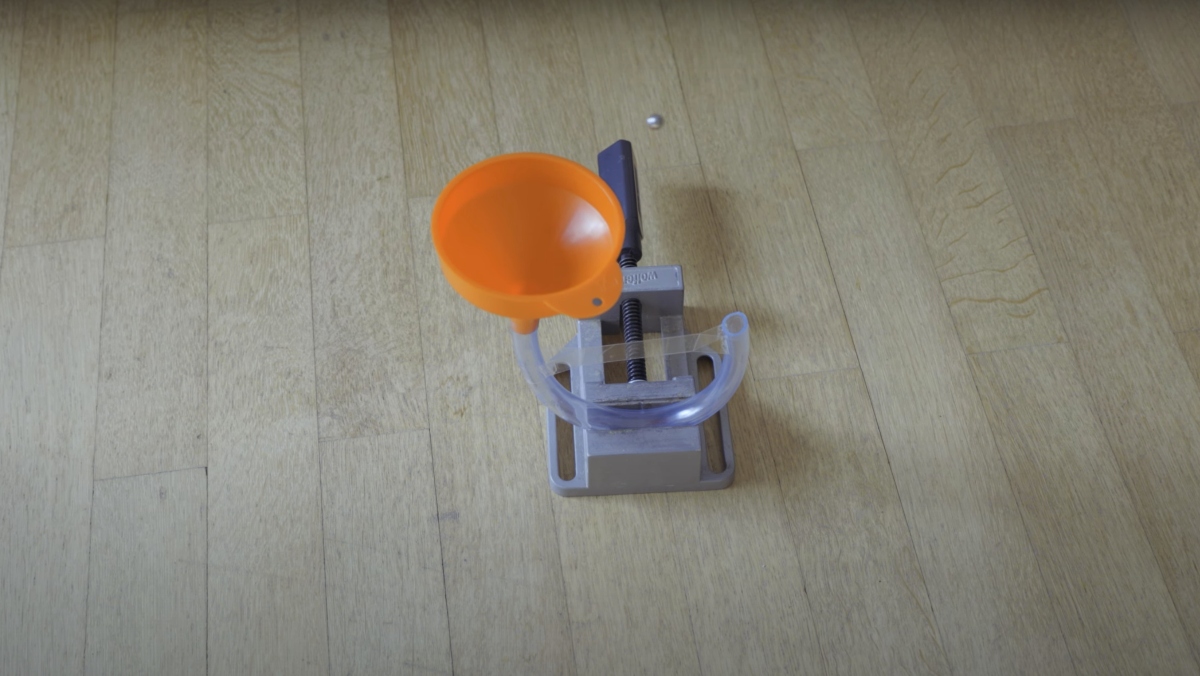 As for what kind of magic exactly? Again, we’re guessing it’s CGI. ViralVideoLab notes in its channel’s description that its experiments “may contain CGI effects” and “not correspond” with reality. Intriguingly, the channel’s description notes that some of its videos don’t contain any effects whatsoever, however.

Along with the channel’s declaration, there’s also the whole “hey, that’s not the way the world works” aspect of the loop. The cardinal violation is of the second law of thermodynamics, which states that the entropy of an isolated system always increases. In other words, an isolated system must waste energy as time goes on. Plus, the way the ball shoots out of the tube and arcs back into the funnel seems unnatural.

Obviously we can’t say for sure that the video is fake, but one thing’s certain: that marble loop does not run forever. As Homer Simpson notes in the above GIF, in this house we obey the laws of thermodynamics!