A team of astronomers at the Event Horizon Telescope (EHT) collaboration has just released an incredible new glimpse of the “heart” of a nearby galaxy. The organization previously unveiled the first-ever image of a black hole.

The heart, a supermassive black hole 55 million times the Sun’s mass, while not beating, is spewing a jet of high-speed particles. And it’s not clear exactly why. 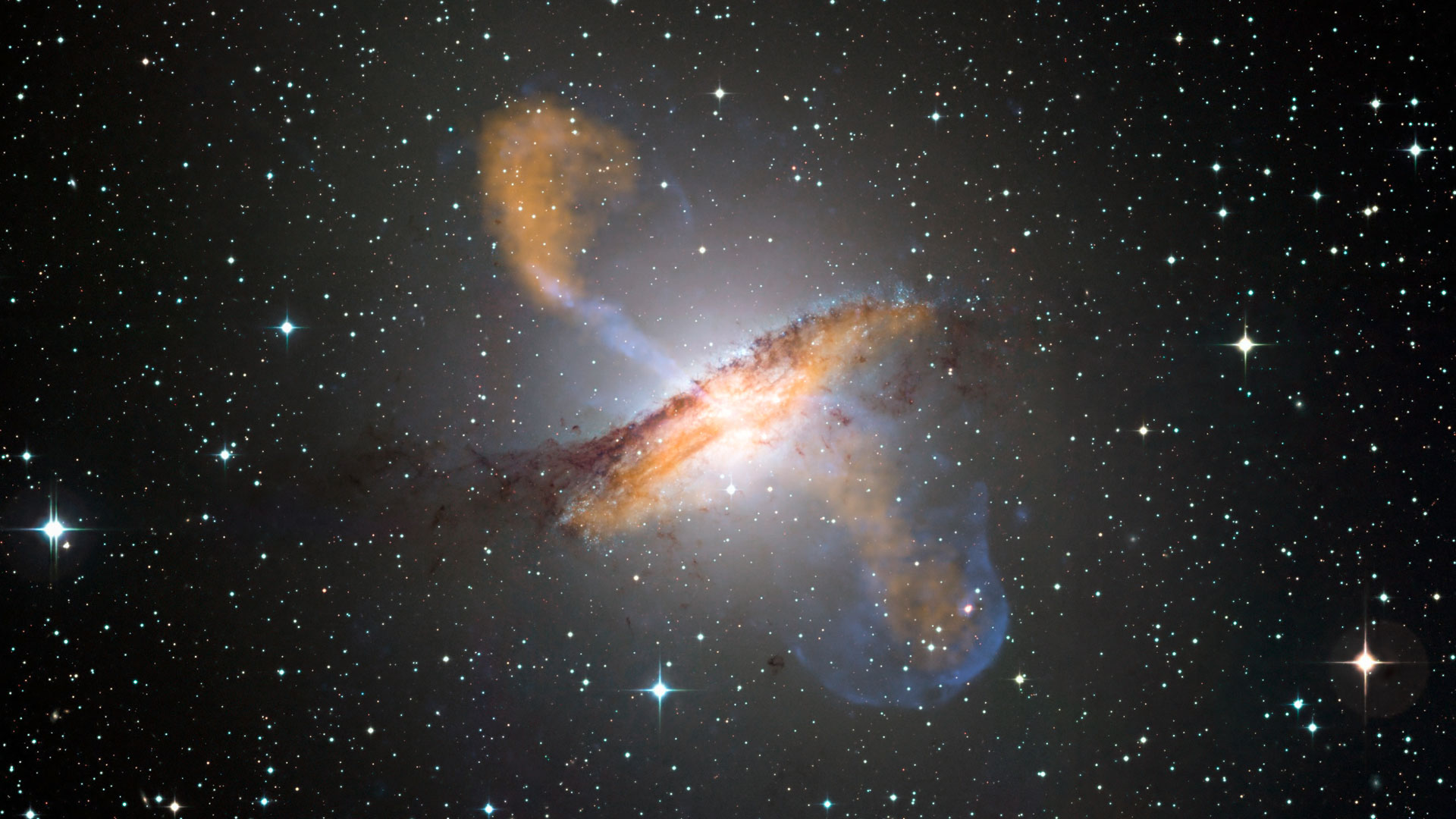 SciTechDaily reported on the image of the supermassive black hole at the center of our nearest radio galaxy, Centaurus A. A radio galaxy is one that we Earthlings identify by its emissions in the radio frequency of the electromagnetic spectrum. Meaning the galaxy is so distant, the lightwaves that reach us are low frequency enough not to fall into the visual spectrum.

The astronomers who assembled the images of the black hole’s jet used data the EHT collected in 2017. The astronomers say the image captures “unprecedented” details of the beam of ionized matter. In the image immediately below, the astronomers show how the jet disperses into clouds; ones that are hundreds of thousands of light-years across. Note that the image at the bottom of the collection is zoomed in by a factor 60,000,000. 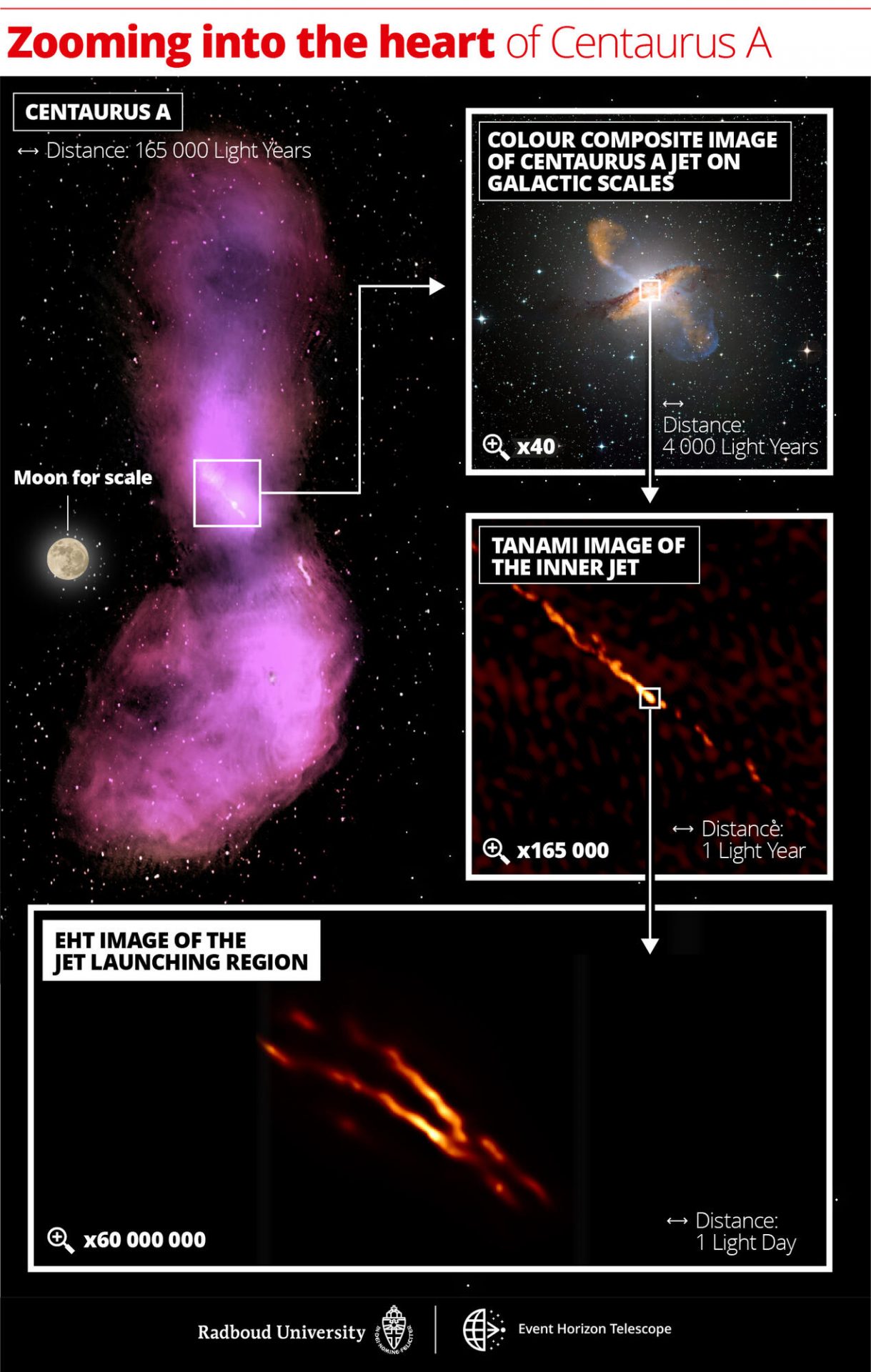 “[This image] allows us for the first time to see and study an extragalactic radio jet on scales smaller than the distance light travels in one day,” lead astronomer, Michael Janssen said in a press release. “We see up close and personally [sic] how a monstrously gigantic jet launched by a supermassive black hole is being born,” he added.

Indeed, Centaurus A’s heart is still young. In cosmic terms anyway. Janssen et al., who published their observations in the journal Nature, say the supermassive black hole’s jet is just being born. They also say the jet is brighter at its edges than its center; a phenomenon astronomers have seen before, but never this pronounced. This unique feature, while seemingly minor, will help to discard a lot of black hole-jet theories. And further understand the mysteries of this universe’s hearts of darkness