Looking for a way to get your children to eat more veggies when they don’t want any? You can always try the old method: sneaking some corn and peas into their dinner. Or you can go new school by serving them their favorite food in veggie form. Impossible Foods is finally entering the meatless chicken nugget field. Don’t worry though. Adults can eat them too.

Bloomberg reports Impossible Food Inc. is launching its own line of vegan nuggets. The news comes shortly after Popeyes announced it is also adding those tasty morsels to its menu. But unlike the fast food chain, there won’t be any actual chicken in Impossible’s version. The plant-based nug-nugs will feature textured soy protein and sunflower oil. Which Bloomberg says gives them “the bite and fatty mouthfeel” of regular nuggets. They will not have the controversial genetically-engineered color additive heme in them though. Impossible Foods uses heme in its burgers and sausages. 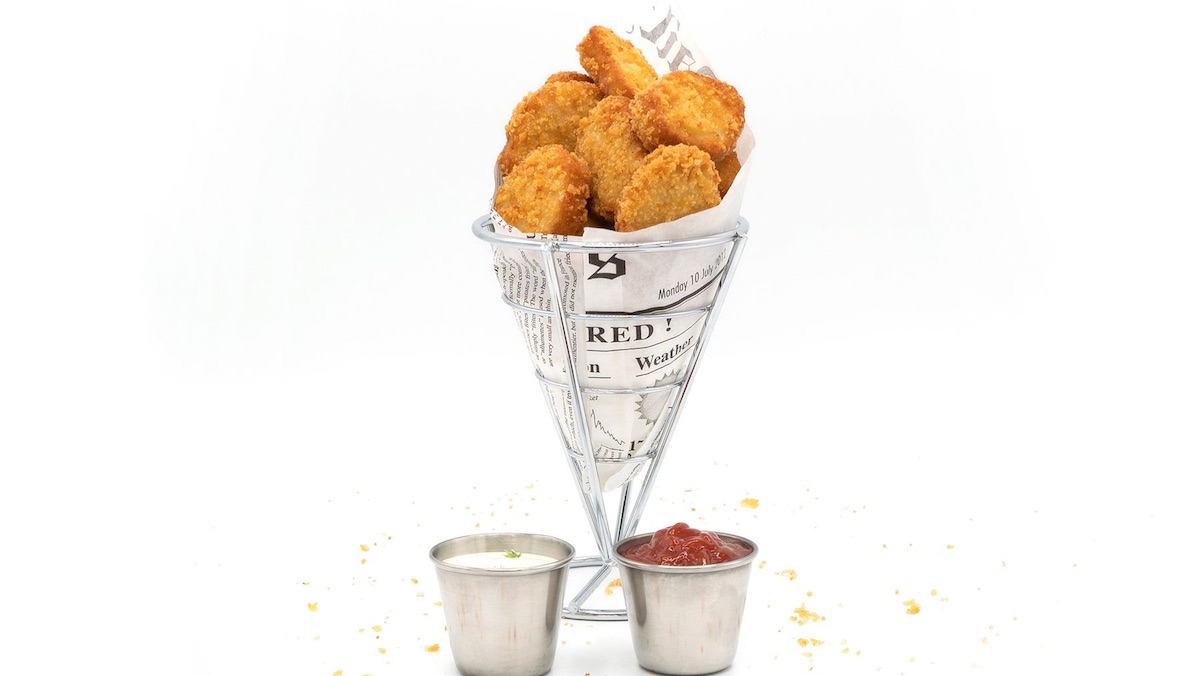 Impossible nuggets will make their debut at a trade show this month and are expected to be available this fall. They might be sold at restaurants first. When they do come to stores though they won’t be the only plant-based nugget option. Grocer shelves already have a number of styles available from Impossible competitors. And the company will also be going up against its biggest rival, Beyond Meat, which recently started selling its own line of meatless chicken tenders.

Ultimately what will matter most is whether or not they are good. According to reporter Deena Shanker, they will at least feel and taste like the real thing. She tweeted they are “they are crispy on the outside, juicy on the inside, chicken-y throughout.”

I have tasted the Impossible chicken nuggets and can tell you: they are crispy on the outside, juicy on the inside, chicken-y throughout.https://t.co/9gjAkmvyzA

That’s good news for any adult trying to cut back on how much meat they eat. But it’s great news for parents. They might finally have an easy way to get their kids to eat their veggies. Especially if Impossible Foods sells their nuggets in the shape of dinosaurs.