A new Christmas song from the Icelandic musician Daði Freyr is lighting up the internet like a house from Deck the Halls, and it’s simultaneously magical and disturbing. Most importantly, the song, “Every Moment Is Christmas with You,” will compel you to sway gently with the spirit of the season.

Laughing Squid found the delightful song, which Freyr posted to YouTube. For those unfamiliar, the musician—who is somehow not Björk?—put out his first album in 2019, but is most famous for the song, “Think About Things.” That track has over 21 million views on the ‘Tube, and is just as catchy as Freyr is tall. (He’s 6’10”.)

In regards to “Christmas with You,” it’s the kind of song that’d be perfect for closing out a holiday party; that is, if holiday parties were still a thing. Freyr’s voice is smoother than the Rock’s dome, and the lyrics are as Christmas-y as they come. It’s also, of course, quite romantic. That is, if you’re not actually watching the music video. 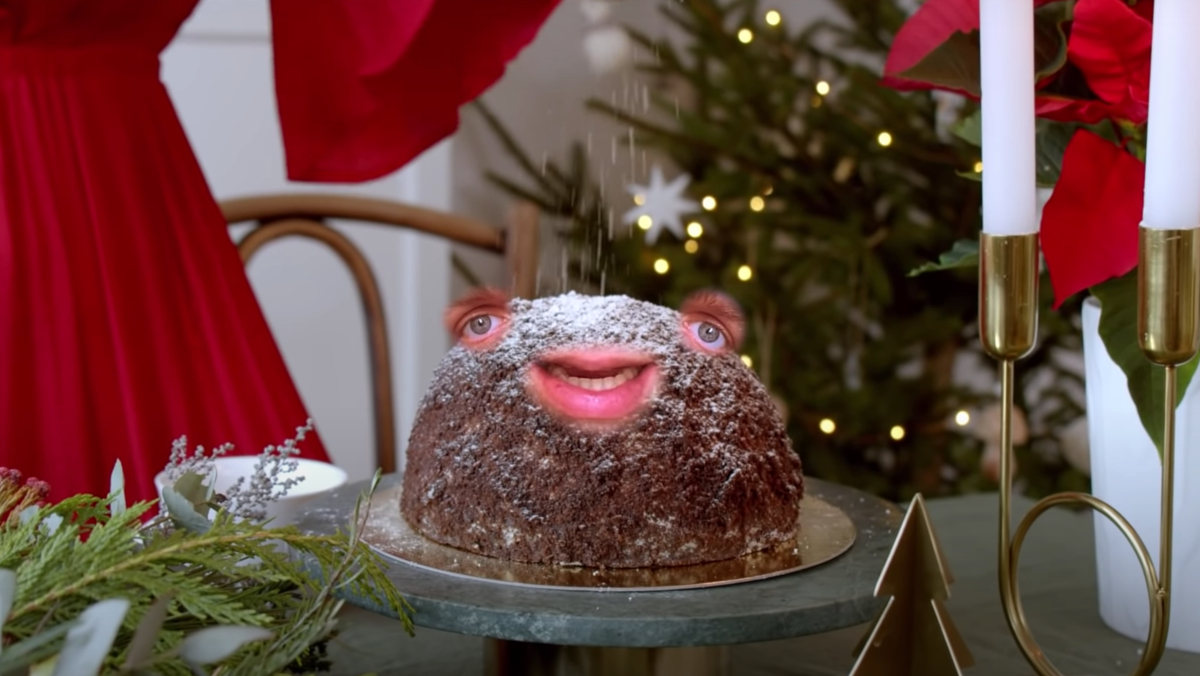 Speaking of which, unlike the song, the “Christmas with You” video takes a pretty weird turn. The featured disembodied face is benign enough VFX’d onto objects, but when it appears on people’s faces things get weird. It’s hard to define that weirdness, but suffice to say, it’s like an acid trip through the uncanny valley. Although still nowhere as disturbing as these eye cubes are.

For those who listen to “Christmas with You,” and need to have more Freyr, definitely check out the “Think About Things” music video. That video, below, is a gift itself. And, as a bonus, will put you in the mood to wear matching sweaters. Because if Christmas is about anything, it’s holding the ones you love, and wearing clothing that would embarrass Hedonismbot from Futurama.