How the I LIKE SCARY MOVIES Art Installation Reimagines THE SHINING, BEETLEJUICE, and More - Nerdist

How the I LIKE SCARY MOVIES Art Installation Reimagines THE SHINING, BEETLEJUICE, and More

Do you ever wish you could step into a scene from your favorite scary movie? At the Los Angeles-based immersive art installation I Like Scary Movies, you can do just that—better yet, a dream version: one filled with familiar imagery, but slightly askew, altered by the visionary skills of a talented artist. Experiential artist Maximillian, founder of Ultra Productions, conceived of the project, which features a series of immersive scenes from five Warner Bros. horror movies: Beetlejuice, The Lost Boys, A Nightmare on Elm Street, The Shining, and It: Chapter One. The end result is an experience that has something for every type of horror fan, across the age and interest spectrum. 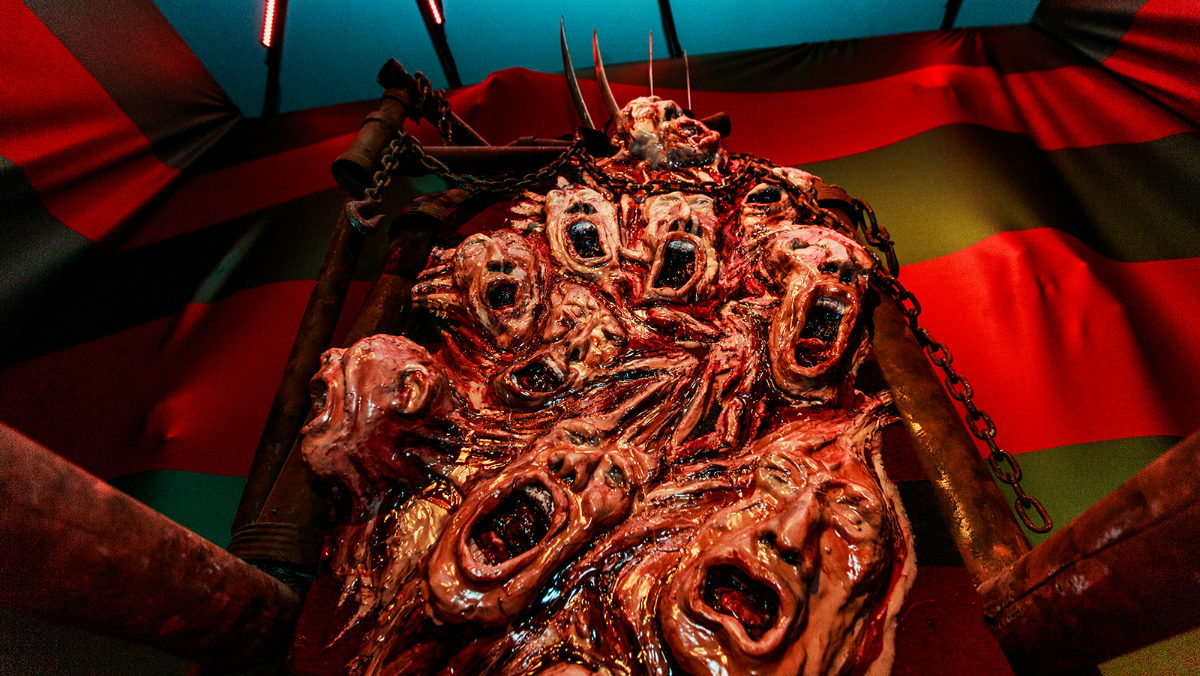 That thought process is what helped initiate the idea for I Like Scary Movies, which doesn’t feature literal depictions of scenes from the movies, but rather re-conceptualized, dreamlike versions. For instance, in one of The Shining rooms, you can stand before the Overlook Hotel’s famous elevators, but instead of blood pouring out, it’s the red keys for Room 237. Alterations like this are seen through the exhibit, making the leap from concept art to life. 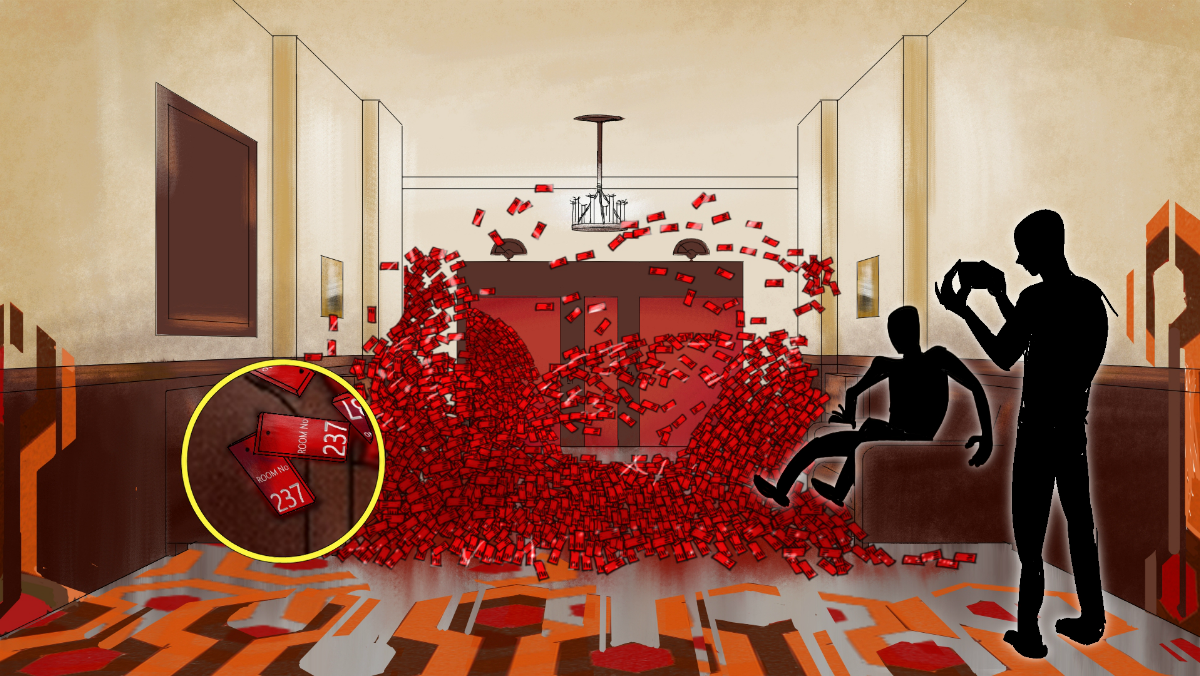 Maximilian started with doodles and a list of descriptives that he gave to a team of illustrators, who helped bring I Like Scary Movies concept art to life before any building began. Though he offered details about what he wanted the experience to look like, he also left wiggle room for the artists to experiment. “Some magical things happen when I give a direction that they interpret differently,” Maximillian said of the collaborative process that goes into bringing such a an experience to life. 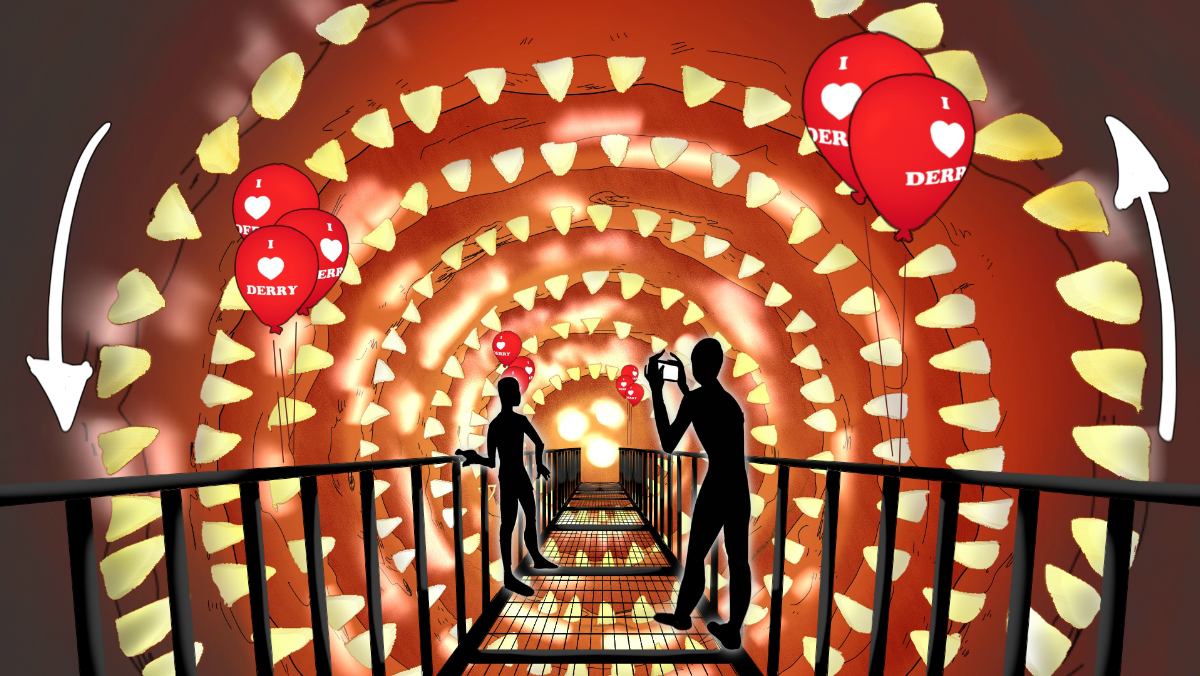 He also said they went through many rounds before landing on the perfect designs for each room, an exhaustive process that “probably drove my illustrators insane,” but that also led to the wild brilliance of such an abstract, immersive experience. And it didn’t end there. I Like Scary Movies has been open for a few months, but Maximillian continues to add to the exhibits, so that every day brings a different experience. Even the staff doesn’t always know what to expect when they come in for a day of work.

“The nature of my work is that I’m a very literal Gemini; I am constantly changing things and changing how I feel,” said Maximillian. 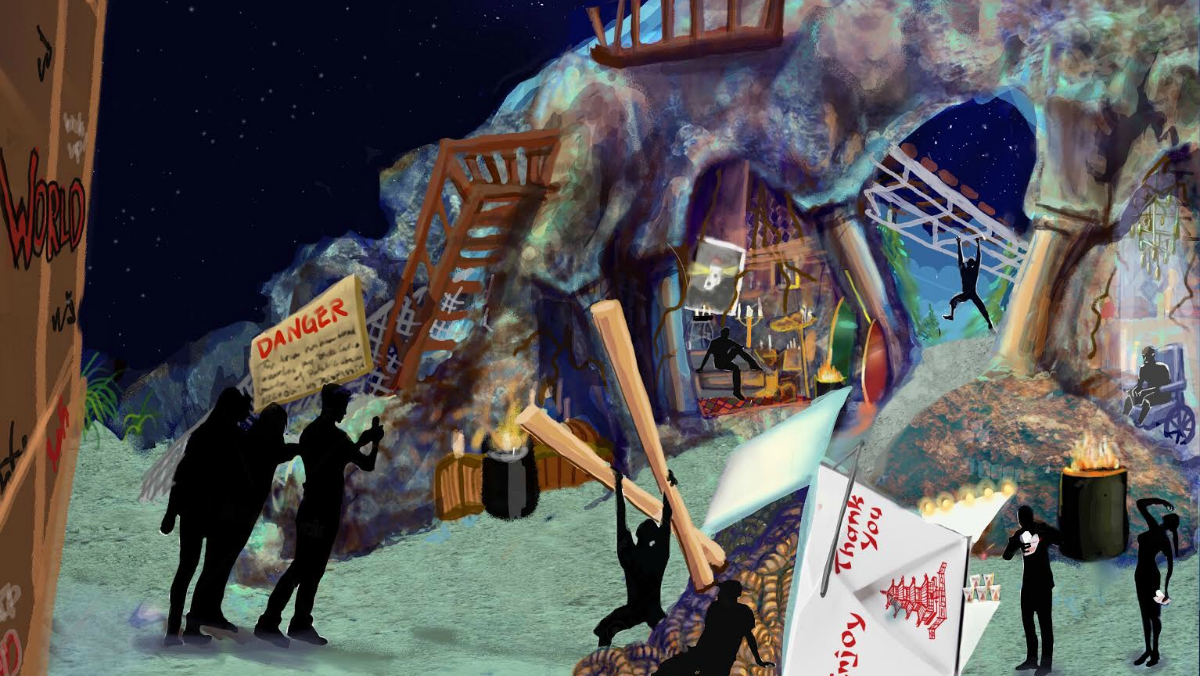 The level of detail is so intricate and specific, that Maximillian said he’s sure even the biggest horror fans will miss some of the references. But that’s part of the joy; not knowing what to expect next. “You’re not hand-held, and there’s no making sure that you’re noticing every single little detail,” he explained. “I want to make sure people lose themselves inside these walls and find things.” 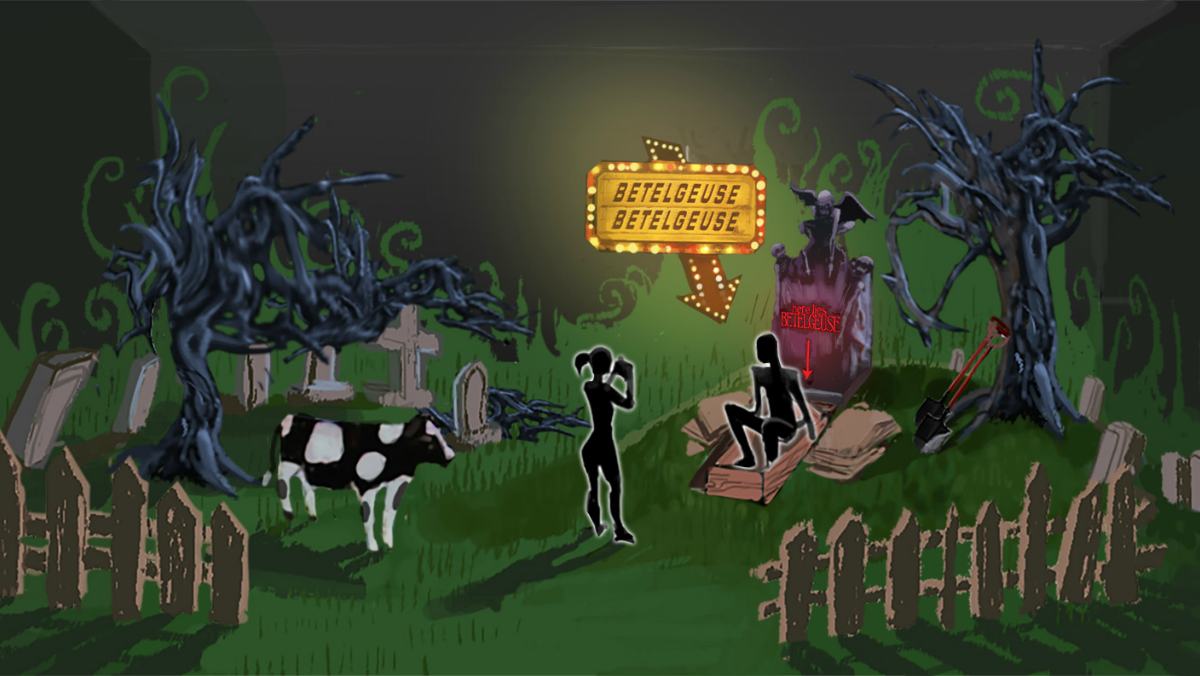 And though the installation was designed with photo opportunities in mind, there are some things that you have to be there to see, like a bear mask from The Shining that’s hard to snag a photo of, and other far-off or hidden-in-nooks details. That’s part of the installation’s dark joy: discovering new, macabre things around every corner. 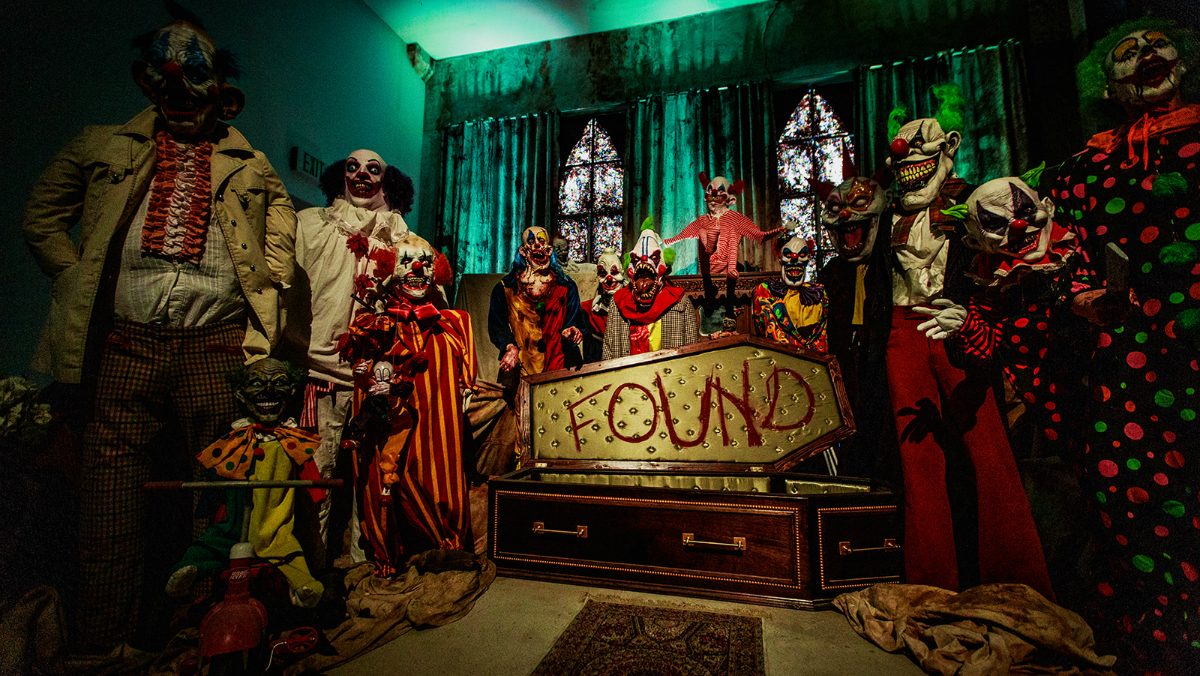 “There are just multiple levels of awesomeness that I’ve experienced with this,” Maximillian said of the fan reactions to the installation, and how quick they are to pick up on certain things that he put in there just for them, like worms in a Chinese food box from The Lost Boys. 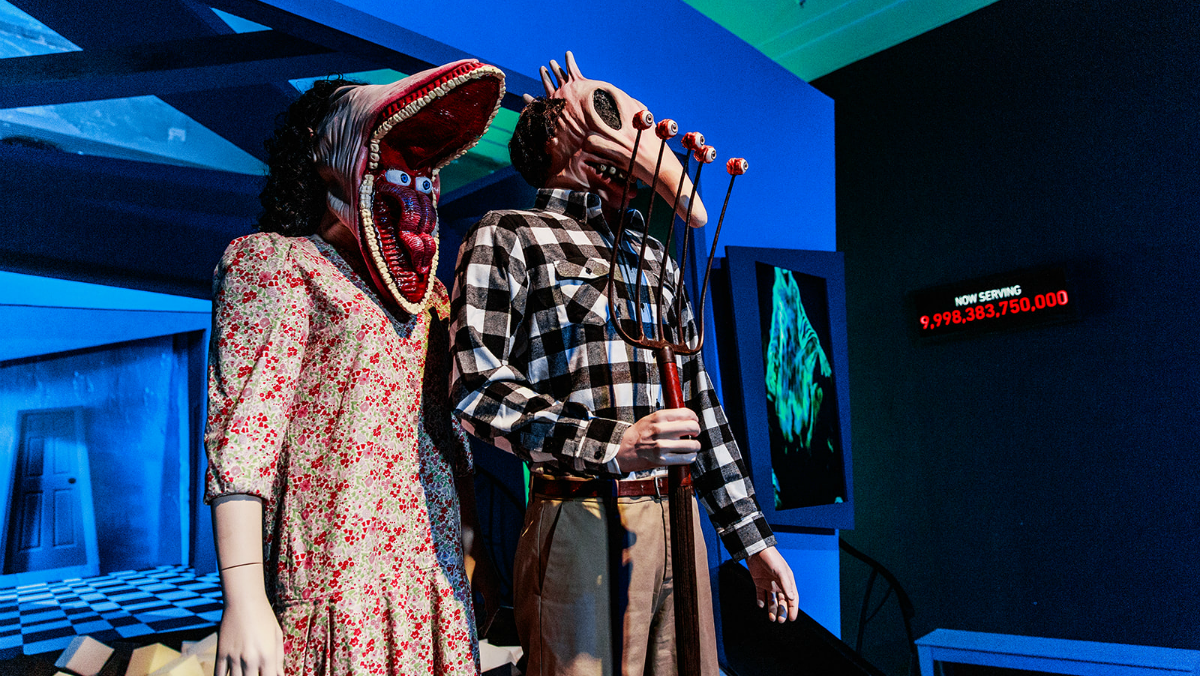 So what’s next for I Like Scary Movies? According to Maximilian, they are currently working on possibly adding another film to the Los Angeles installation, though he was tight-lipped on what film that could be. The team is also looking to take the installation on the road, and already have some plans in motion. So even if you can’t make it to California, you might be able to see it soon in a city near you.