I KNOW WHAT YOU DID LAST SUMMER Series Trailer Is Here

In the post-Scream days in the late-’90s, Hollywood seemed dead set (ha) on bringing back slasher movies in a big way. From Valentine to Urban Legend, the teen slasher was a money maker once again. Of the not-Scream movies, the movie with the highest profile was  I Know What You Did Last Summer, which came out only a year after the first Scream. Largely due to another screenplay from Kevin Williamson, IKWYDLS (as nobody calls it), was another slick horror hit. Now the title that murders any kind of SEO is back in the form of a series on Amazon Prime Video. Check out the first trailer.

As with the movie, this I Know What You Did Last Summer is based on a 1973 novel by Lois Duncan. Probably more literary than you expected, eh? The series’ executive producer and writer is Sara Goodman, who has a good pedigree for both teen angst and horror; she previously wrote and produced on both Gossip Girl and Preacher.

One year after the fatal car accident that haunted their graduation night, a group of teenagers find themselves bound together by a dark secret and stalked by a brutal killer. As they try to piece together who’s after them, they reveal the dark side of their seemingly perfect town—and themselves. Everyone is hiding something, and uncovering the wrong secret could be deadly.

The first four episodes of the series will drop on Prime Video October 15. New episodes will come out every Friday until the finale on November 12. That, by my count, is eight episodes, meaning eight hours of kids making increasingly bad decisions to cover up their initial very bad decision, while a killer hunts them all down. Delightful. 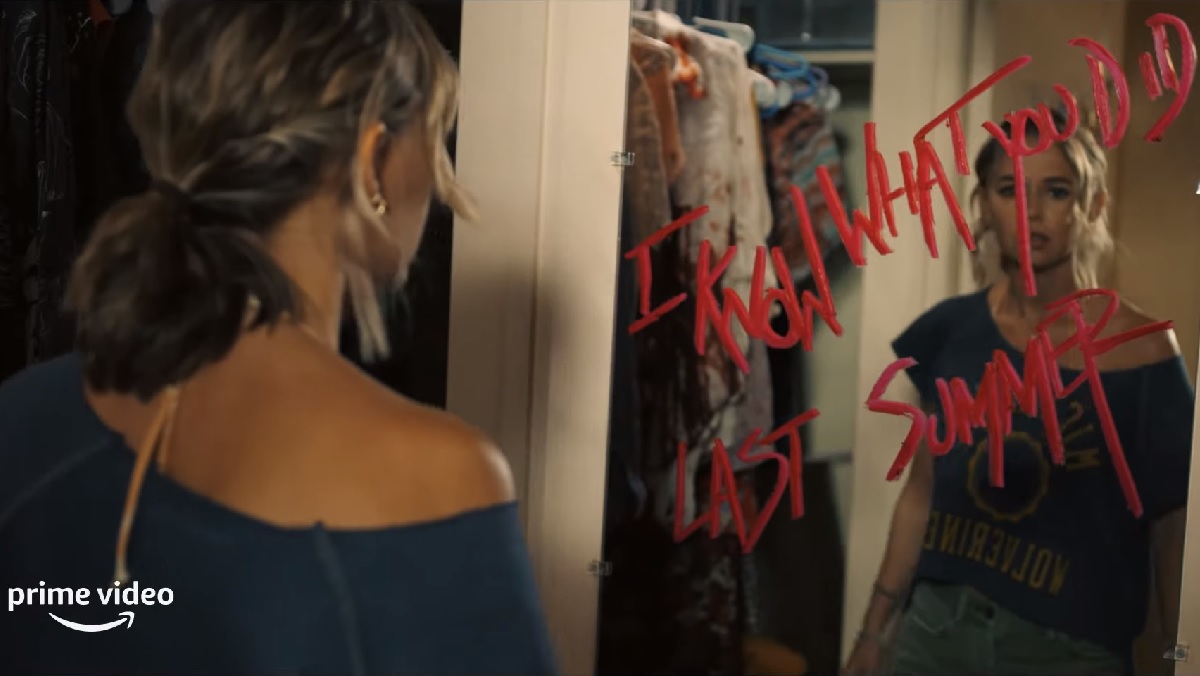 TAGGED: Amazon Prime, Horror, I Know What You Did Last Summer, Slasher Movies