The Scream franchise’s opening kills are still a subject of analysis and debate years after their release. Why did the killer choose those particular victims? How do they affect the main characters? Do these choices play into the overall narrative? These questions certainly arise when fans look back at Scream 3‘s decision to kill off Cotton Weary. His death broke the mold with an established character falling victim to Ghostface in the first scene. Some people say it doesn’t make sense, others say he should not have died at all; but, when you consider this film’s killer, Cotton’s death is a strategic choice for a couple of reasons.

Ghostface a.k.a. movie director/Sidney’s secret half-brother Roman Bridger has a singular goal: to be the ultimate survivor and star of a real-life horror saga which he began crafting years prior. Now, he’s the writer and director of this “final film” with Sidney, Gail, and Dewey as his main cast. And, he already has the perfect location for his film: Hollywood.

It is the birthplace of Maureen Prescott’s trauma, which resulted in his own birth and a chain of events leading to her murder. For Roman, it’s the necessary place to bring the truth to light and create a new narrative. His only problem is getting the three main “cast members” to the same place. This is where Cotton comes into play.

Cotton Weary is the definition of being in the right place at the wrong time. He happens to live and work in Hollywood and is a part of Roman’s Stab 3 cast in a cameo role. Cotton’s death not only reels in massive media coverage (which Sidney sees) because of his past, but also snags Gale’s attention. Gale is still presumably a Los Angeles resident; however, she’s busy minding her own business, working for Total Entertainment, and doing speaking events. She’s no longer in a situationship with Dewey and doesn’t know anything about Sidney’s current life and location.

Cotton is closer to Gail than anyone else after she spent time interviewing him, defending his innocence, and eventually playing a role in his exoneration. It wouldn’t necessarily be a stretch to say they care for each other in a platonic way. It’s not clear if they kept in frequent contact following the Windsor College murders, but Cotton’s death is certainly enough to cause her to put the brakes on her regularly scheduled life.

Cotton’s murder and a photo of Maureen Prescott at the crime scene causes LAPD homicide detective Mark Kincaid to reach out to Gail because she’s the “authority” on the Woodsboro and Windsor murders. Even if the police didn’t need Gail’s help, her inner journalist (and opportunist) would have made it impossible to not get involved in the investigation. Roman (and the world) knows Gail can’t resist a murder mystery. Gail ends up on the Stab 3 set (and around Roman) to look for answers.

Roman already has Dewey in place as Stab 3’s technical advisor. Kincaid also reaches out to Dewey as someone with intimate knowledge of previous killings to see what he knows. Now, Dewey and Gale are into this investigation, which naturally reunites the duo. As Sidney’s only surviving friends, they are the perfect bait to bring Sidney out of seclusion. (Let’s just ignore the scene where they almost die from the explosion at Jennifer’s house. It logistically and literally doesn’t make any sense whatsoever for Roman to have done all of this alone.)

Unlike Scream 2‘s opening deaths of two strangers, Cotton’s murder impacts Sidney on a personal level. The previous film left Sidney and Cotton “amicable at an arm’s length” at best, but she still doesn’t want anyone else she knows to die. Roman killing Cotton sends a clear message to Sidney that her nightmares are far from over. He further drives this point home by using Dewey to nab Sidney’s number so he can make a threatening phone call as Ghostface. The call and Dewey’s concern for Sidney leads her towards Hollywood. Location achievement unlocked.

But wait, doesn’t all of this contradict Ghostface asking Cotton about Sidney’s location? Why would he even think Cotton knows the right answer anyway? The answer is simple: it’s an unwinnable game to pay homage to the first film. As we all know, Scream 3 was intended to be the concluding chapter of a trilogy. So it makes sense (from a meta perspective) for Roman to set Cotton up for a game he cannot win just like Billy and Stu did to Casey Becker in Scream. If you get the answer right, you die…if you get it wrong, you die.

Roman was always going to kill Cotton and his girlfriend, even if Cotton did somehow answer his question. Furthermore, there’s nothing to indicate to us nor the characters in this film that Cotton and Sidney were close enough for him to know where she lives. If Roman’s true intentions were to go to Sidney’s house, he could have just made that phone call to the two people she’s closest to: Dewey or her dad Neil. 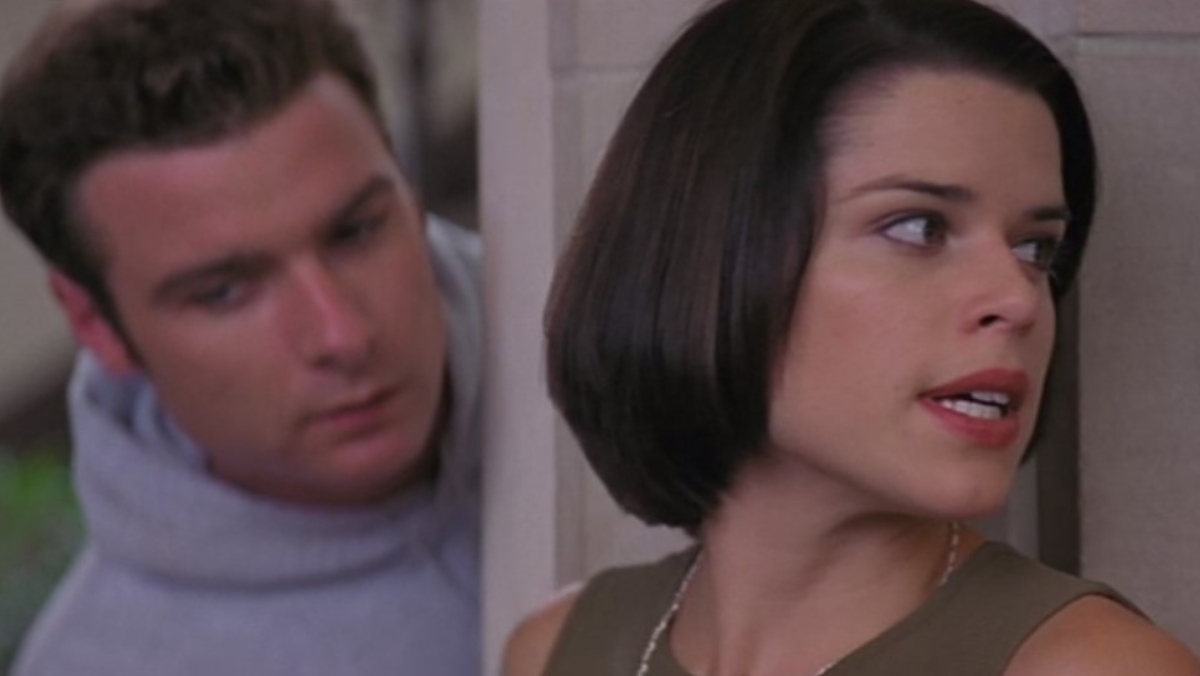 Roman would have called Dewey or Neil if his true intentions were to go to Sidney’s house. But it would have changed the location of his “movie.” Remember, Roman is a director and wants things to take place according to his script on his set. Neil’s death would cause Sidney, Dewey, and Gail to go back to Woodsboro, likely for the funeral. Roman wants them where his trauma and life tragedies took place, not Sidney’s.

Dewey’s death could have taken place in Hollywood but it probably wouldn’t have made Sidney run to Hollywood. In fact, she probably would have gone home to find comfort from her dad, or perhaps into a deeper isolation. So Dewey’s sparing makes sense as much as it can in this situation. Cotton’s death gets the gang together without causing them to return to Sid’s hometown.

Roman’s goal to become the “final guy” meant cutting all the loose threads from his initial murder plot against Maureen Prescott. Cotton was supposed to die in prison, or perhaps during the Windsor College murders, but he’s still alive. Like Sidney, Cotton became this looming public figure whose story is told on film and in books. But while Sidney is a reluctant final girl/victim, Cotton leans into the attention. He’s the host of a wildly popular albeit controversial talk show with a beautiful home and girlfriend to boot. Meanwhile, Roman is turning 30 and is upset over his lack of career progress.

At one point, Roman even refers to Cotton as an “ex-con with a trashy talk show” who made the general public mad. It’s plausible that Roman was one of the many people who Cotton made angry. Roman could have been resentful of Cotton’s “popularity” just like he was over Sidney’s infamy. And even though Roman didn’t have a relationship with Maureen, her affair with Cotton may have further fueled his anger. It’s the recognition that he thinks he deserves because he is the architect behind this whole debacle. So Roman probably felt like he had to kill off Cotton too.

Of course, his plan was to frame Sidney for all the murders, which is a good and bad idea. While Sidney killing Milton makes sense, it’s a bit of a stretch to think she would kill her only friends or any of the cast members, including Cotton. There’s literally no motive for Sidney to kill Cotton at this point but Roman’s mind is a strange place.

There’s much debate about whether Cotton should have died at all. In the grand scheme of terrible men in this universe, Cotton is truly far from the worst. He’s guilty, at best, of carrying on an affair with a married woman and being a manipulative opportunist. But that shouldn’t lead to a death sentence. Cotton did save Sid’s life and he seemed to be living a good life post-incarceration, so he could have played a role in future films.

It’s a sad ending for Cotton Weary after putting his life back together. But from Roman’s twisted perspective, Cotton was the perfect victim to set his film in motion.