Netflix has been trying its hardest to get respect for its feature films, the same as any major studio. So far, it’s been a bit of a mixed bag. For every prestige drama or indie comedy, there’s a bargain basement monster movie. But if Netflix has any kind of shot, it’s continuing a trend of moody, small cast sci-fi movies. Their latest, I Am Mother, looks like a corker.

I Am Mother looks like a mix of dystopian future epic and claustrophobic thriller. Some time in the distant future, a young girl grows up in a bunker, raised by a robot. The robot calls herself “Mother” and tells “Daughter” of plans to repopulate Earth following a horrible epidemic. Or, as you might guess, that’s what the robot wants her to think. The peaceful life gets chaotic when a woman from the outside (Hilary Swank) arrives. Mother hasn’t been telling the truth. There has been no disease; it was robots who destroyed the human population.

The design of the robot Mother is both functional and menacing, and Rose Byrne’s voice sounds like the perfect mix of parental warmth and ice-cold threat. The daughter is played by Danish actress Clara Rugaard and aside from a few shots of robot hordes outside, it looks like this will just be a three-hander. The script is by Michael Lloyd Green and it’s directed by Grant Sputore; this is their first feature. 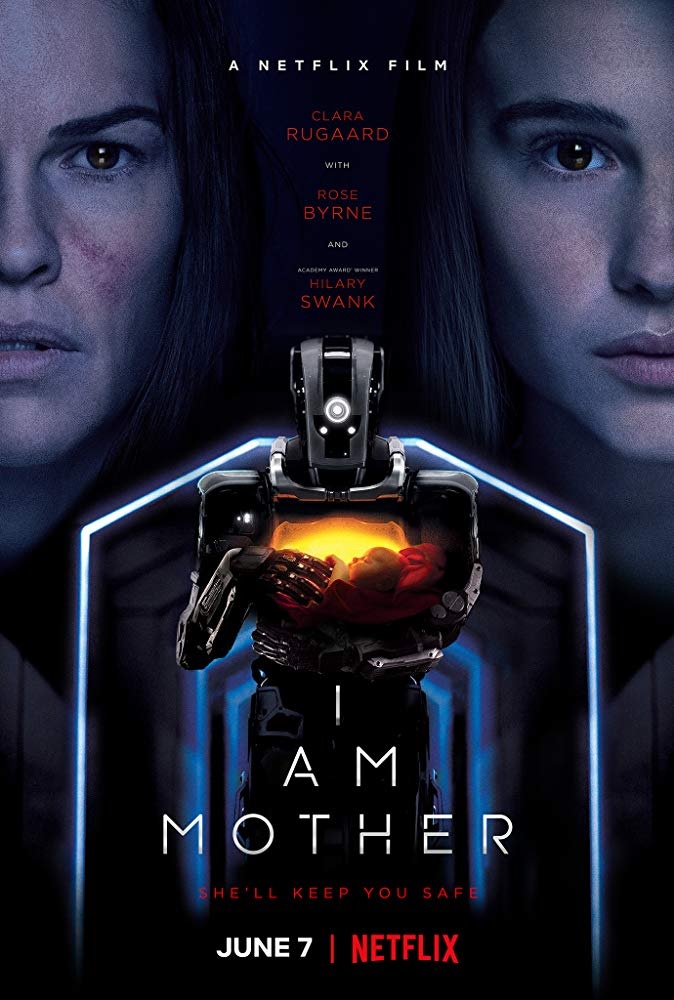 This is precisely the kind of intimate genre film a big studio wouldn’t release to multiplexes. But that makes it perfect for Netflix. There’s a chance for a movie like this to get hundreds of thousands more views than it would buried underneath the likes of Avengers: Endgame at the big chains. Whether it’s good is another matter, but the film won’t drop until June 7; that’s a much longer lead time than Netflix often has for promotion.