Hungry Hippos Have Nothing on These Food-Themed Games - Nerdist

Hungry Hippos Have Nothing on These Food-Themed Games

Food and board games go together like Kirk and Spock, Dungeons & Dragons, peanut butter and … you get the idea. Munching on your favorite snacks while adventuring on the tabletop is one of the best ways to spend an evening with friends. You’ll want to make sure that you leave room after your meal to get these food-themed games in.

One look at the components of New York Slice will have your mouth watering. This top-notch production captures the look of a freshly delivered pizza, from the box and menu-like rulebook to the pizza-slice playing pieces and guest-check score pad. Game turns use the I-split-you-choose mechanism, as you carve up the pie without giving your opponents too many points since you’re the last to choose. It’s simple but agonizing, as you attempt to collect the pieces you need to score the most points. Warning: you’ll crave a slice of the real thing after every game of New York Slice. 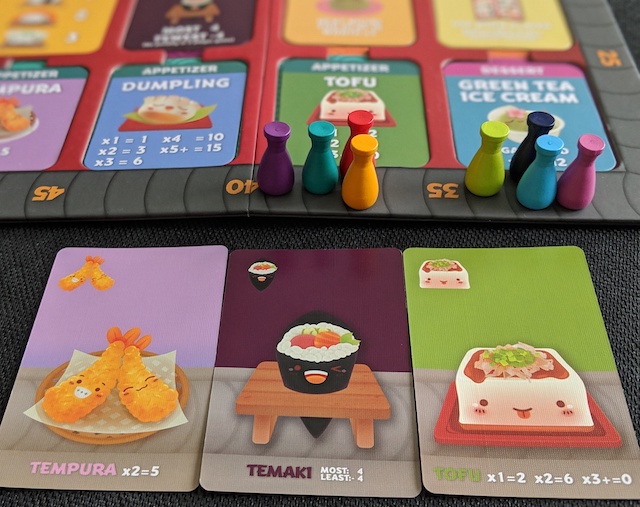 This follow-up to the ever-popular Sushi Go! takes the original and improves on it in every way, from offering more types of sushi to having a scoreboard that accommodates up to eight players. It’s a more robust version and has a ton of replayability as you mix and match your favorite sushi cards for each game. Drafting cards leads to tough decisions every turn as you balance what you want to keep versus what you want to hand off to your opponents, as you try to score the best variety of sushi for the win. 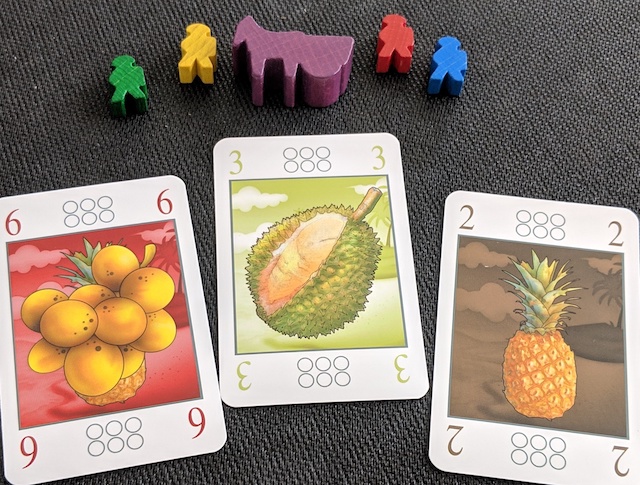 There are two card games included in Filipino Fruit Market: Tindahan and Bastos!, both trick-taking games centering around fruit markets in the Philippines. In Tindahan you’ll play tricks and try to control areas, while in Bastos! you’ll play tricks and deal with a fluctuating market of suit values. Both are fast and enjoyable trick-taking games where you collect delicious and delectable mangoes, pineapples, bananas, lanzones (a tropical fruit that resembles grapes), and durian for points.

In North America, it was published by Indie Boards  & Cards, but they no longer print it. It’s a tough game to track down, but thankfully a few copies are still available from the German publisher. 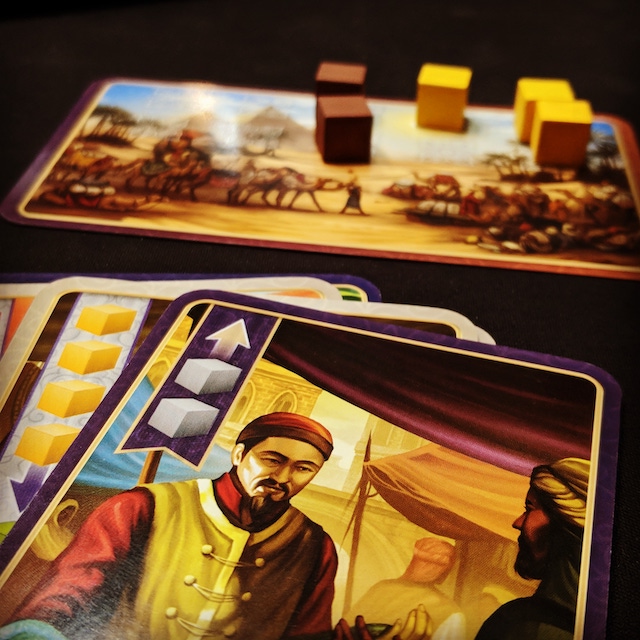 Trading spices in the middle centuries might not be the most thrilling theme on paper, but Century: Spice Road is a solid engine building card game that draws comparisons to Splendor. In this elegant gateway game you’ll use your cards to collect spices or upgrade them as you attempt to fulfill the demands required by the victory point cards. It was one of Geek & Sundry’s favorite games last year and it continues to satisfy gamers everywhere. 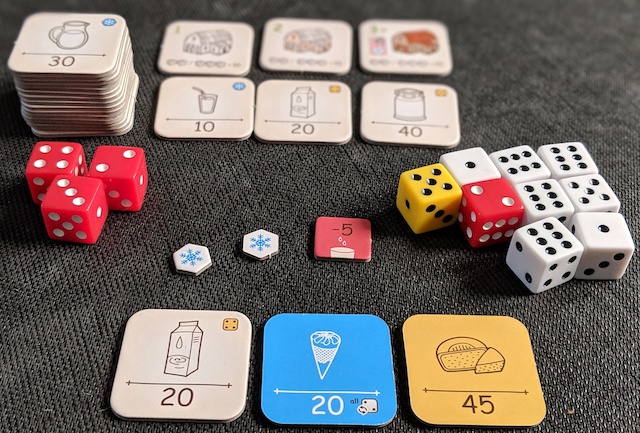 A quick dice-chucking game in which you’re collecting milk from three farms, hoping the dice go your way as you try to turn your milk into cheese or ice cream before it spoils. The push-your-luck element makes Dairyman a fun light snack before or after your main course of gaming.

Serving tea has never been so stressful. Playing as the maid to Lady Agatha, you’re trying to get everything ready for her 11 o’clock high tea. The runner-up for the Golden Geek Print-and-Play Award in 2014, Elevenses for One is an excellent and tense solo puzzle that only takes 5-10 minutes to play, as you try get all of the cards in the right order. Elevenses for One was eventually released by Eagle-Gryphon Games, but it’s still available as a free print-and-play through boardgamegeek.com.

What are your favorite food-themed board games? Tell us in the comments!