Although we’re constantly receiving reports of breakthrough discoveries in space, it can be hard to picture the newly described astronomical objects. This new video from the Hubble Space Telescope’s YouTube channel (below), on the other hand, may help to augment people’s cosmic imaginations. Because this tour of Hubble’s “deep field” view of the universe is legitimately mind expanding.

The Hubble team recently posted the video, which is based on work performed by NASA’s Universe of Learning project. The video features the Hubble Ultra Deep Field (or HUDF): an image the telescope took of a minuscule portion of the sky in 2003, with 800 exposures taken over a period of 11.3 days.

“This six-minute visual exploration of the Hubble Ultra Deep Field showcases the characteristics and contents of this landmark observation, as well as its three-dimensional nature across both space and time,” the video’s description notes. And indeed, right around two minutes in, things start to get real three dimensional. 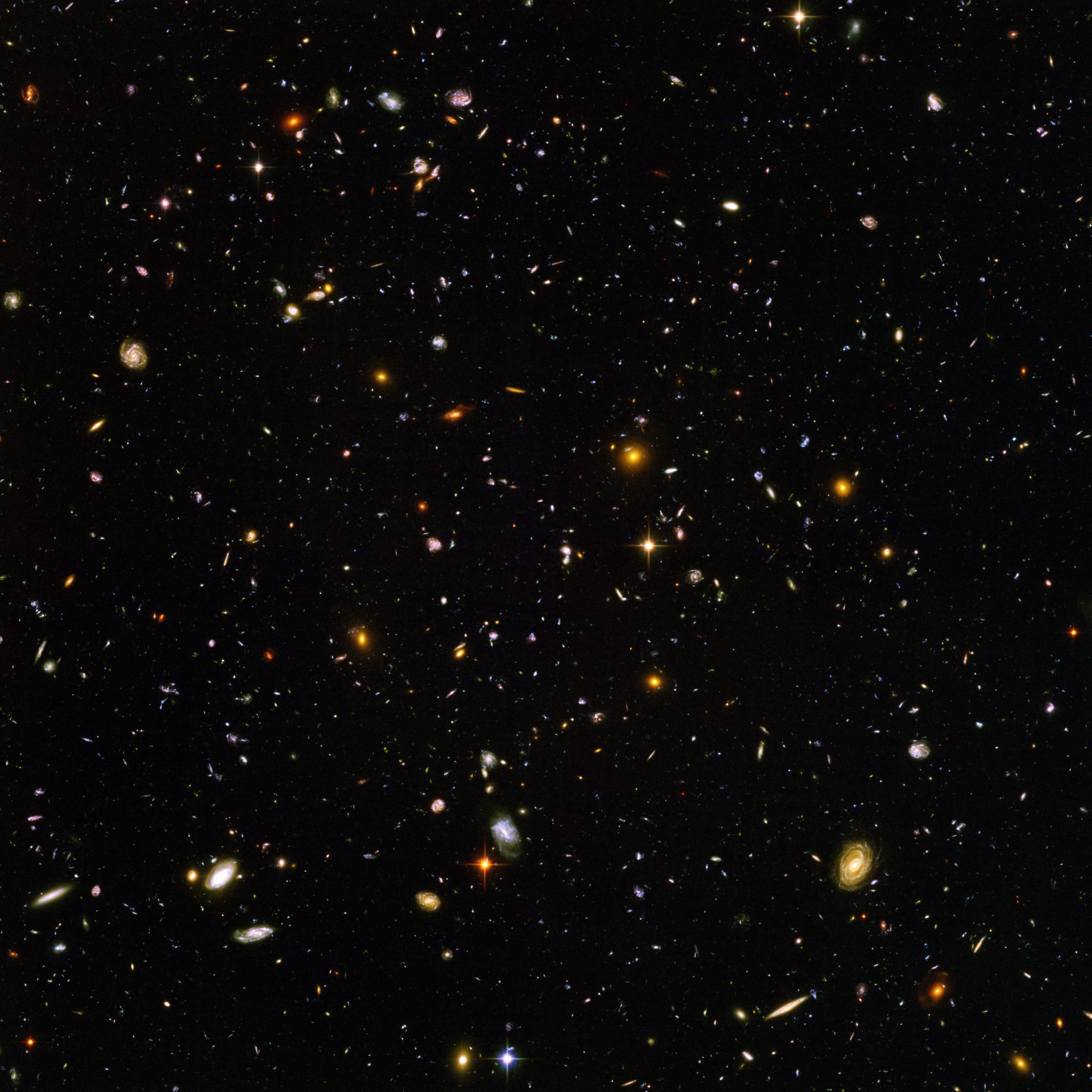 As the video notes, the HUDF, which includes approximately 10,000 galaxies, is the deepest-ever visual-light image of the universe. Meaning deep space really does offer an explosion of swirling, glowing galaxies and supernovae. (As opposed to say, false-color illustrations of X-ray images of space, which, while beautiful, are not realistic.) And that the HUDF image can be virtually expanded out into a 3D view.

The 3D view allows us to picture the galaxies and stars in the HUDF as they really are; that is, separated from each other by millions or billions of lightyears. Which also means they’re not only shot back through space, but also through time. 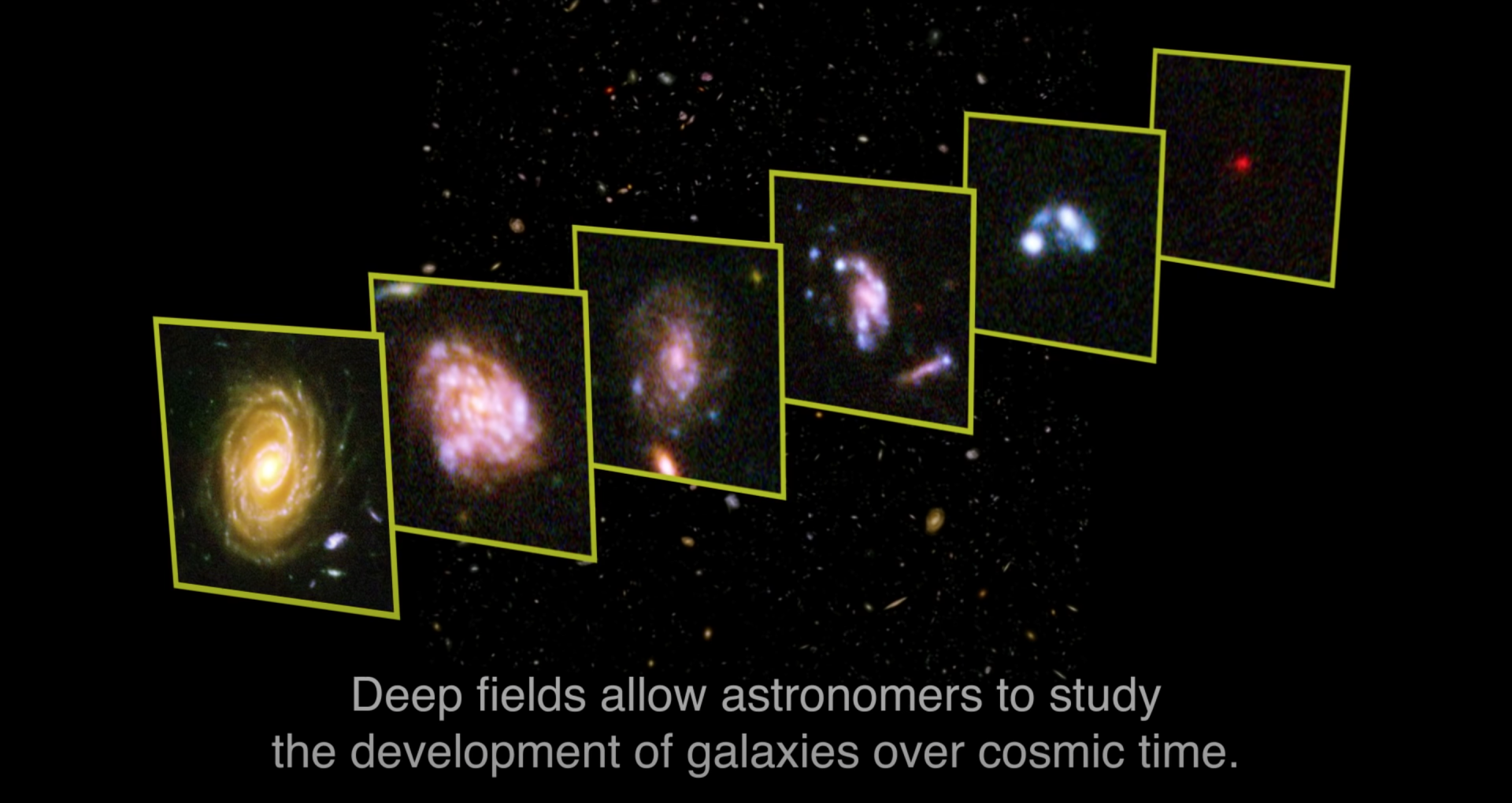 The above cross-sectional, for example, shows how a particular galaxy evolved over time. As the galaxy moves further away from Earth in space, we observe it at a younger and younger age. All the way up until it’s just a tiny, red dot in a swirl of darkness.

Around three minutes in, the tour takes viewers through the stars and galaxies in the HUDF, which feels like a miniature trip to the planetarium. Or even a trip through deep space itself if you squint hard enough. Although you shouldn’t squint! You’ll want to save your eyesight for whatever Hubble’s successor is going to show us.