Now that humanity has a decent shot at sending people to Mars, it’s as good a time as any to think about the kinds of lifestyle challenges the Red Planet will pose. For instance, time itself will have to change in a significant way. As this new video from YouTube channel RealLifeLore explains, people will have to rethink what a “year” or “day” means to them. (Kind of like what happened in 2020.)

RealLifeLore has produced countless similar explainers, covering everything from how large the Pacific Ocean is to what Earth will look like in the case of catastrophic climate change. (Spoiler alert: like Tatooine.)

In this explainer, the channel notes that keeping time on Mars will be similar to but also “starkly different” from keeping time here on Earth. That’s essentially because Earth and Mars take different amounts of time to orbit the Sun. Likewise, while they both rotate on their axes, they do so at different rates. 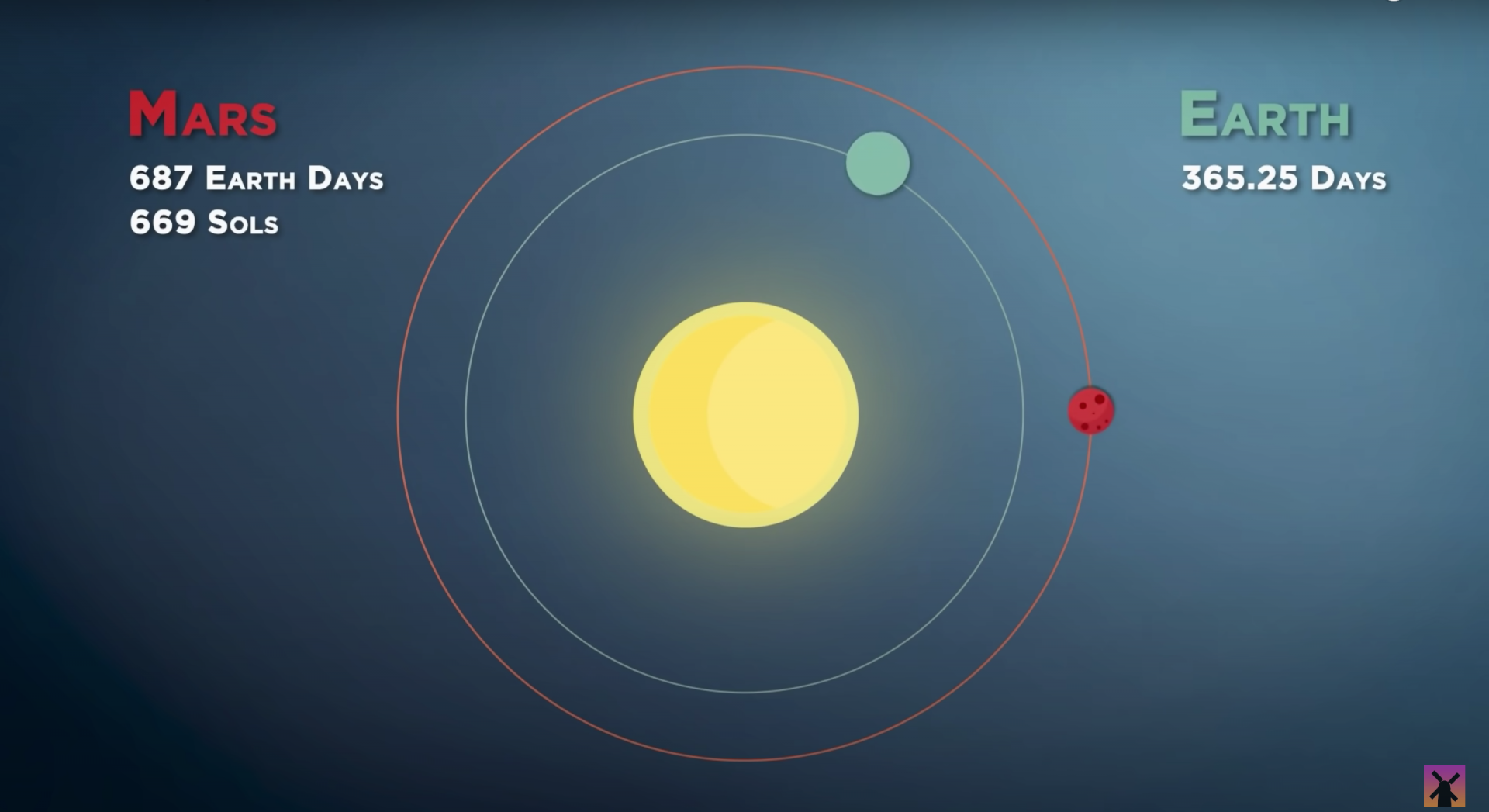 These changes result in the Martian day (or Sol) being slightly longer than Earth’s, at 24 hours and 37 minutes. Mars’ year being much longer, at 687 Earth days. However, a “second” is equal on both planets; a second defined as a particular number of radiation cycles of a cesium-133 atom, which remains unchanged anywhere in the universe. But they still end up requiring different senses of how long a “day” or “year” is. 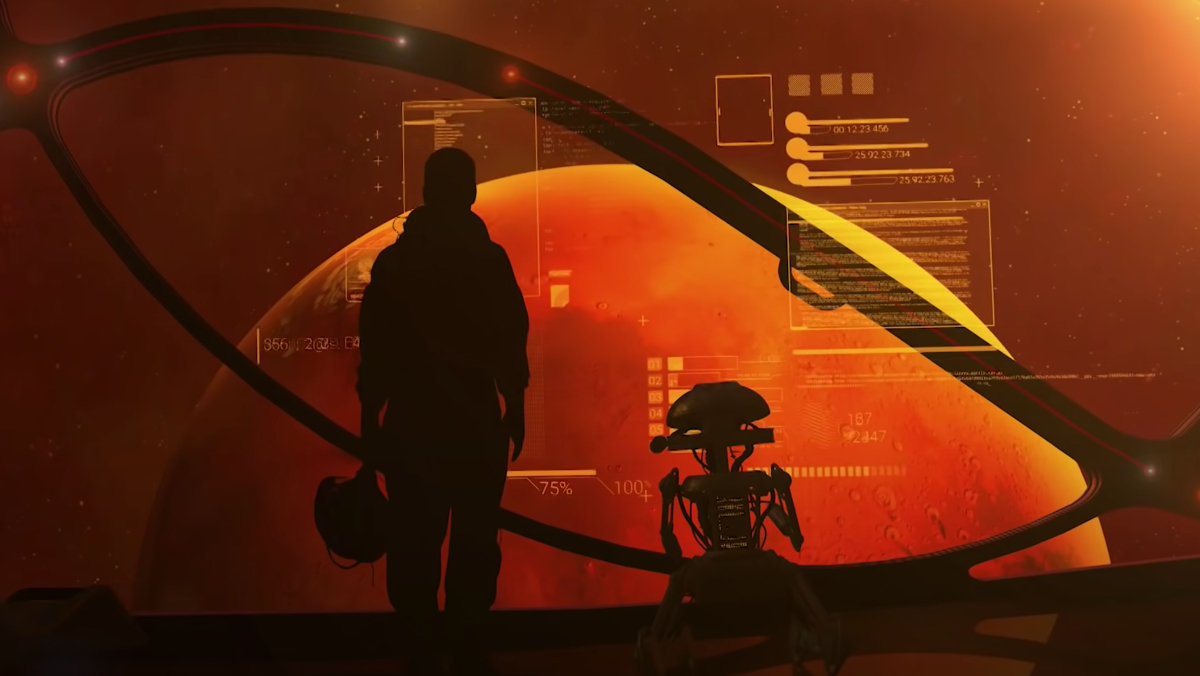 Along with developing a new sense of the length of days or years, settlers will also need a new calendar. For this, RealLifeLore notes The Space Science Institute has already set one up. The Institute’s calendar for Mars begins on April 11, 1955 here on Earth; making that day January 1 of the first Martian year. Which would mean as we celebrate New Years Eve 2021 on Earth, Mars is still finishing out its 35th calendar month. Which is confusing, until you remember the Martian “years” are much longer. And, as Einstein famously said, that time is just a “stubbornly persistent” illusion. 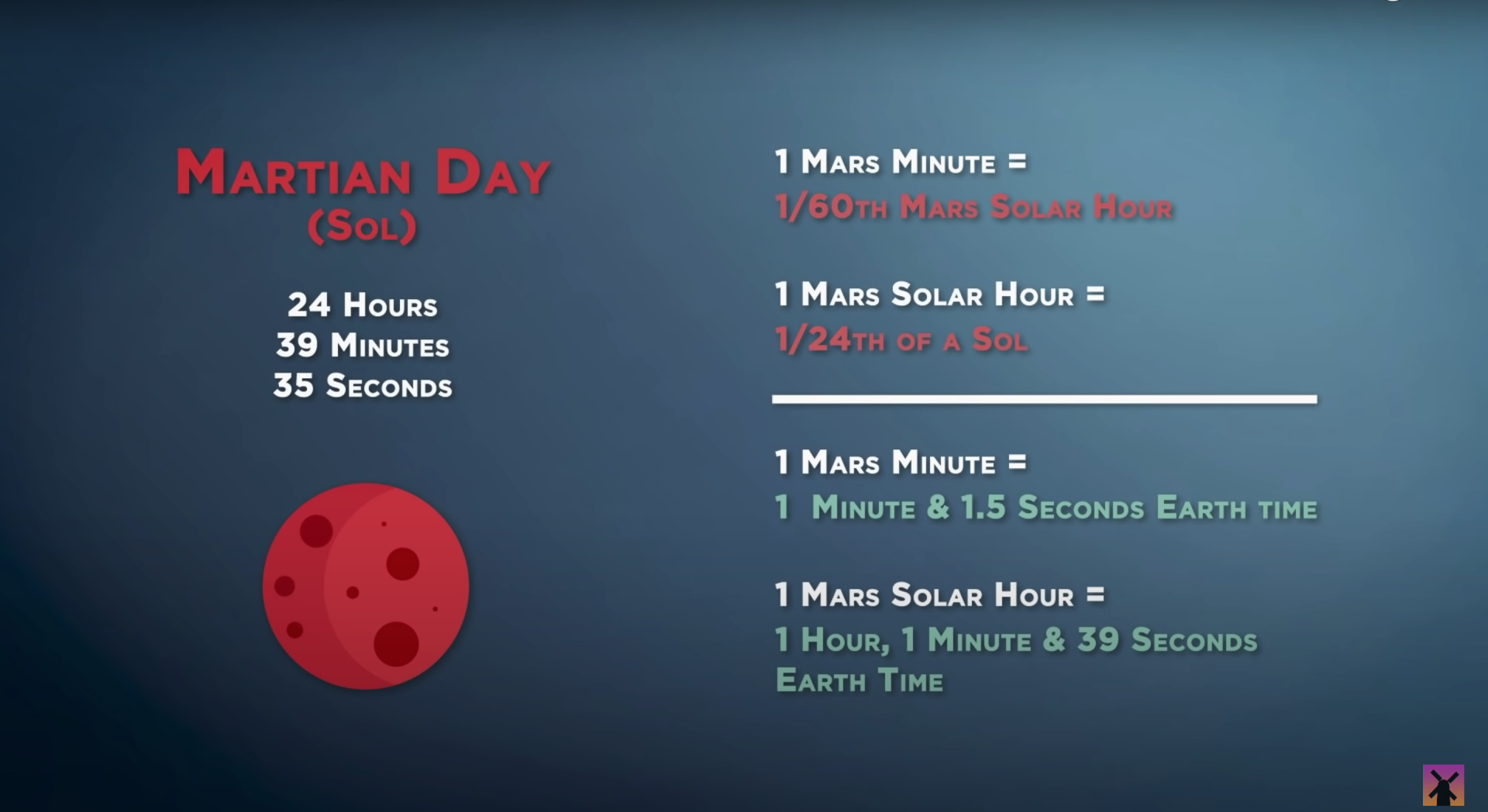