If you’re chilling on the beach after a long day of sunning and surfing—or picking up LEGO and whale guts—what could possibly sound better than warming yourself by a nice, big bonfire? Nothing, of course. (Except for maybe showering.) But there are wrong ways to start up a big pile of flaming organic material. And a host from the YouTube channel Beyond the Press shows what may be literally the worst one.

Digg picked up on the channel’s video, which demonstrates “what is absolutely the worst way” to light a bonfire. In the video, Vuohensilta and friend use gasoline to create their bonfire, which they assure viewers is a horrendous idea. The central issue, they point out, is that the gasoline causes a giant, flammable vapor cloud to form. If somebody then attempts to set the bonfire ablaze, they’ll just ignite the vapor cloud rather than whatever organic material makes up the bonfire.

Using a propane tank, the video’s duo fills up their “fresh” bonfire with enough liquified petroleum gas to make the air smell of the stuff from sixty feet away. They then ignite it, setting off a massive explosion that generates a gnarly, miniature mushroom cloud. Although, incredibly, the explosion doesn’t end up sending branches and leaves everywhere—something Vuohensilta was expecting to happen. 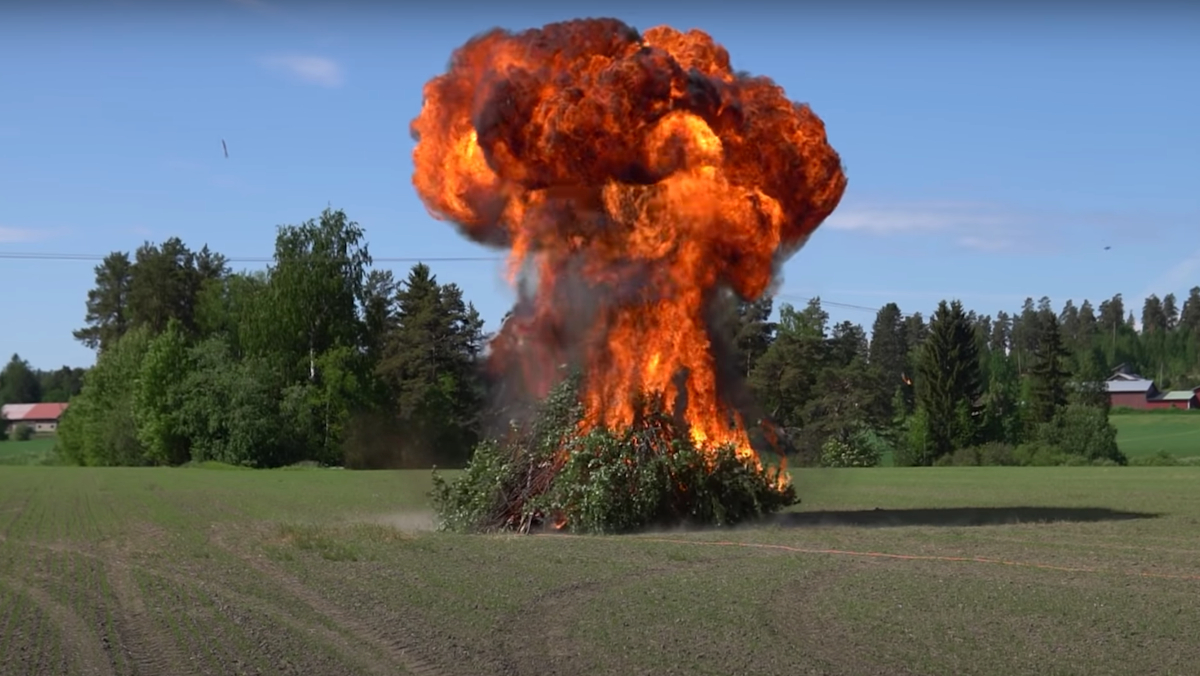 As for the right way to light a bonfire, that depends. For a simple beach bonfire, all you need to do is dig a pit, create a kindling stack covered with wood, then light the kindling with matches. Larger, more potent bonfires, however, often call for pouring diesel gasoline on the organic material. Then you’d throw a lit piece of kindling on it to ignite the blaze. Of course, everybody online seems to have their own exceptionally effective method. As for us? We’re just happy when our digital Yule log doesn’t burn down the place.