How MYSTERIUM Helped This Man With Dyslexia Communicate - Nerdist

How MYSTERIUM Helped This Man With Dyslexia Communicate

Joseph Collins has struggled with dyslexia his whole life. Like many others with his condition, he finds it hard to process words as quickly as his peers. More frustratingly, this means he lacks the verbal tools to describe ideas or images in his head. Mysterium, the non-verbal communication game, has helped him bridge that gap.

You might’ve heard that in the mind of someone with dyslexia, letter or words appear swapped. Or perhaps that words are perceived more by their shape than their individual letters (leading to specious claims that a specially designed font could fix the problem).

The truth is somewhat more complex. While dyslexia is still being studied, modern research points partially to visual processing deviations for an explanation. For example, while a neurotypical brain may be able to rapidly associate sounds with sets of letters—like how when you see “c” and “h” together, you instinctively read a “ch” sound—a dyslexic brain can’t scan through the dense pack of symbols in a paragraph of text and pick out the sounds as quickly. This slows a dyslexics’ ability to read in the same way that jumbling letters around might make it a little harder for a typical brain to read. It’s possible, it just takes longer. 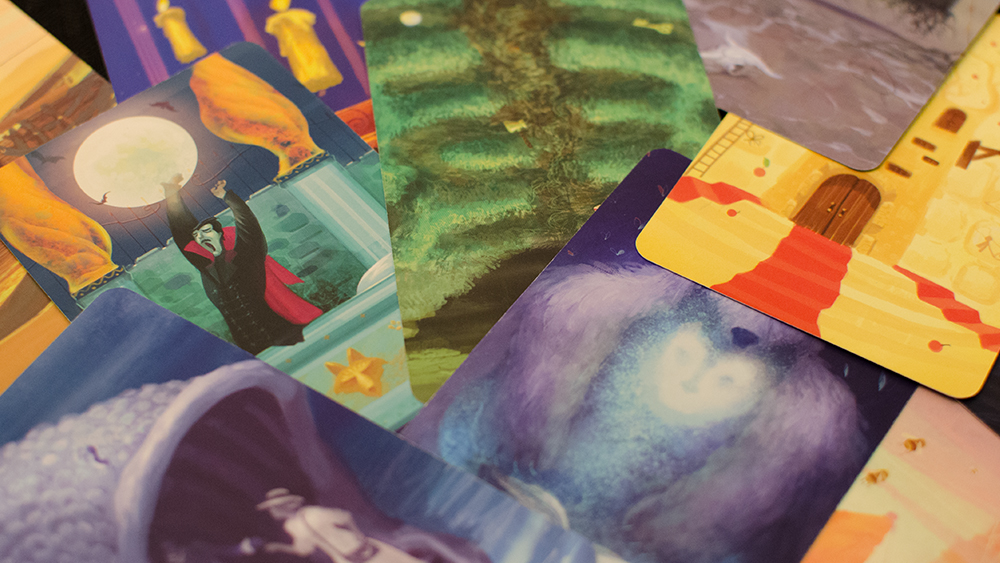 For Collins, this meant the usual problems someone with dyslexia faces: reading is a slow task, studying is more difficult, and he ends up preferring more audio-visual forms of entertainment and education. Given the choice to read a book or listen to the audiobook version, he’d choose the latter. He prefers watching movies for this same reason. Due to this preference, he can quickly recall visual styles from films, but has a smaller vocabulary of words, since he’s exposed to the former much more often than the latter.

He also enjoys Mysterium. When playing this game as the ghost, Collins chooses from a set of cards with surreal, impressionistic images on them to convey, Clue-style, who killed him, in what room, and with what weapon. While other members of his friend group often try to divine the spirit’s intentions by looking for more obvious connections—for example, an art card with a circus cannon might mean the ghost was killed with a gun—Collins often takes a more novel approach.

In one round of a game, for example, Collins had to convey to a player that his killer was depicted as an archaeologist. This card featured a young woman with an explorer’s hat, gems, totems, and delicate digging tools. To get this across without words, he chose the three cards below. A castle, a spooky forest, and a rope ladder descending down a rabbit hole. 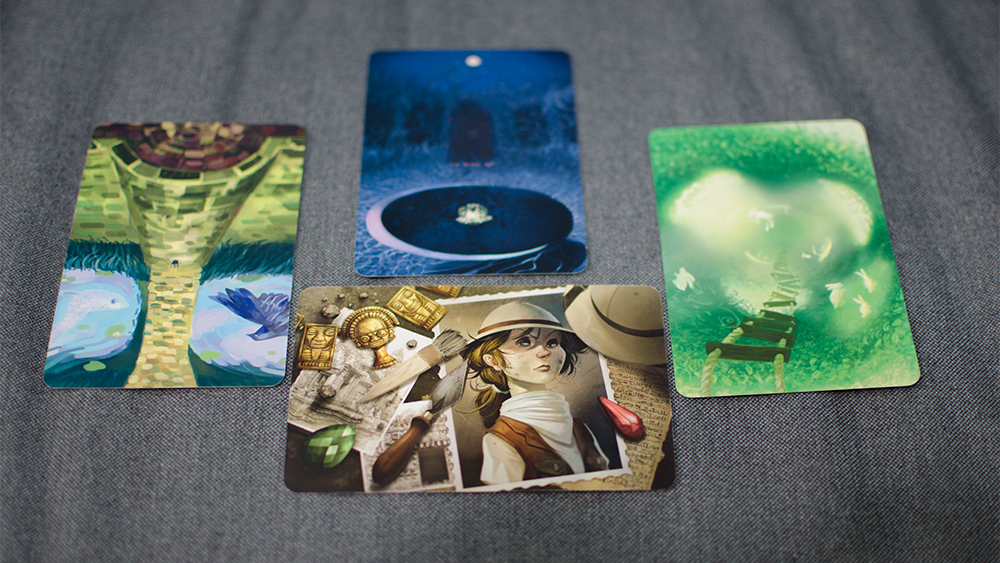 It took a few rounds to get it. When I asked Collins why he chose the cards he did, he said, “One thing: adventure.” The image of the castle, he explained, looks like an overhead shot in a movie, panning down over an old castle that an adventurer might explore. The grisly woods surrounding a mystical lake conveys a sense of mystery and exploration. The lush green image evokes the idea of a literal rabbit hole, the kind that Alice might find herself tumbling down. Every one of these scenarios seems like the kind of adventure that this Indiana Jones/Lara Croft type might find herself on.

The words to describe the vivid imagery that come to mind for Collins don’t come as easily, but the cards help tell the story. When he plays Mysterium, it doesn’t always lead to quick or easy games—in fact, sometimes players find it harder to understand what he’s going for than with other ghost players—but explaining how he chose the cards he did helped those around him understand his mindset a bit more.

His experience also helps demonstrate something that Dr. Thomas Armstrong, author of Neurodiversity: Discovering the Extraordinary Gifts of Autism, ADHD, Dyslexia, and Other Brain Differences has been saying for years. While the mind of someone with dyslexia may struggle with turning the shapes of letters into words, other aspects of visual processing can be more refined or exaggerated. They may have a more keen understanding of 3D space, or have an easier time imagining M.C. Escher-style impossible objects.   “Such visual-spatial gifts may be advantageous in jobs requiring three-dimensional thinking such as astrophysics, molecular biology, genetics, engineering, and computer graphics,” Armstrong argues. 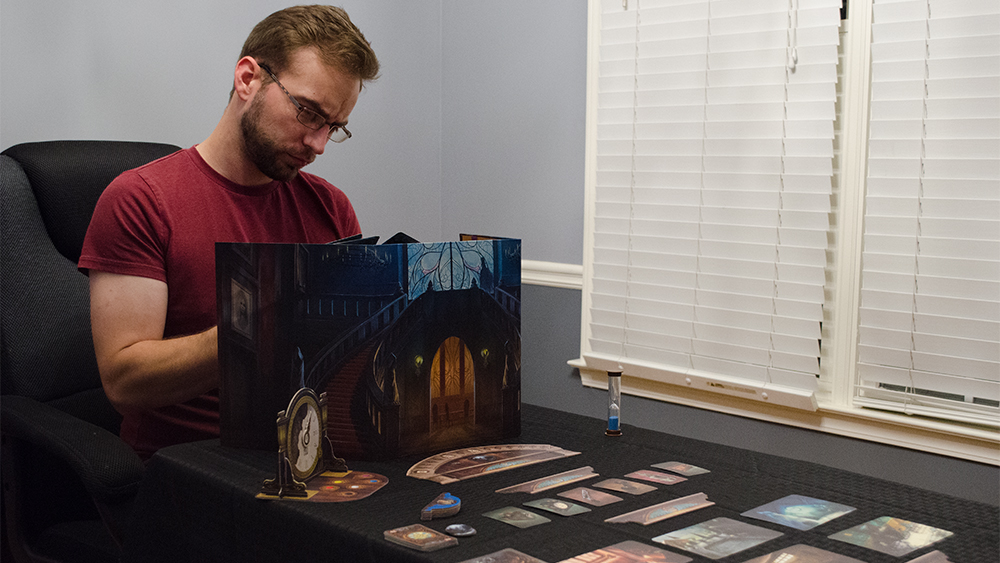 Not every person with dyslexia experiences it the same way. For Collins, cinematic scenes and narratives come easier than the words to describe them. This makes it frustrating when other people can easily comprehend words and use them to explain their ideas. “You think that you should get it, you should understand, but you can’t,” he says. With Mysterium, words aren’t an option. Everyone at the table has to communicate through visuals, which is a world that Collins is more familiar with.

“For me, it’s like ‘How can I convey this concept through the visual?’ Not through words. I convey ideas and concepts through the visual format,” Collins explained. Most days, he experiences a world where thoughts and concepts swirl in his mind, but can’t quite connect to the words needed to express them. In the game, on the other hand, the people around him get to see the world just a little bit more like he does, rather than the other way around.

Do you have a favorite board game that helps you communicate or cope with your own struggle? Let us know in the comments.