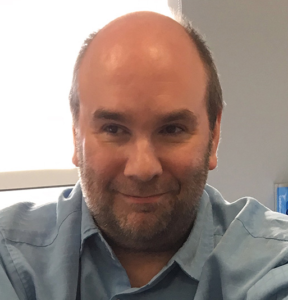 Gale Force Nine entered the board game world in 2012 with the stellar Spartacus: A Game of Blood and Treachery. They’d go on to produce a slew of powerful titles that simply delivered with thematic play which captured the essence of their featured intellectual properties. Gale Force Nine’s powerhouse design team consisted of Aaron Dill, John Kovaleski, and Sean Sweigart, and this trio of designers have consistently produced top-notch work, capturing thousands of gamer’s hearts. Those vascular organs are beating a little slower and heavier with the recent news of Sean Sweigart’s unexpected passing this holiday season.

While I never met Sean, by all accounts he was a fantastic and compassionate human being. I can personally attest to him and his companions being exceptionally skilled at their craft. He contributed a great deal of joy to my life and will continue to do so for many years to come.

The following is a brief list of Sean’s most notable work. If you have not encountered any of these games in the wild, you need to do yourself a favor and throw it into warp speed.

SPARTACUS: A GAME OF BLOOD AND TREACHERY

Spartacus kicked it all off in grand fashion. This cutthroat game smoothly combines take-that card play with tense bouts in the gladiatorial arena. Each player runs a ludus in the vein of the Starz television series, taking turns hosting competitions of violence while amassing wealth. You will cut deals, stab your friends in the back, and even place wagers on whether combatants are decapitated or merely injured. It’s all a bit over the top and theatrical, but it’s fully self-aware and hits you with a big toothy grin and bloody nose.

SONS OF ANARCHY: MEN OF MAYHEM 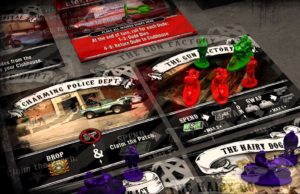 The Gale Force Nine team excels at downright nailing the greater thematic picture of the IPs they’re working with. Their games tend not to focus on narrow situations related directly to characters on the particular show, but rather, larger pictures, throwing you down into your own fresh narrative. Sons of Anarchy accomplishes this by putting you in charge of a motorcycle club and placing a Glock in your sweaty palm.

Much like Spartacus, the greater moments of the game are in the jarring bouts of social conflict. This is a worker placement game like Agricola, except here you toss out your pitchfork and take up a steel horse. You can throw down with enemy gangs and fight over turf, even sending thugs to the emergency room. Mechanically, you’re converting resources–contraband and firearms–into money. Yet that’s not the heart of this design and not what brings the heat in the most intense moments.

Sons of Anarchy is somewhat group dependent and can come off very blasé without that oomph provided by extra-curricular activities. However, when you get a rowdy group that’s willing to talk trash as well as wheel and deal, you’ll fall in love like Jax and Tara. Hopefully, your connection ends on a better note.

Firefly has been Gale Force Nine’s biggest hit. It’s a beloved setting and this game allows players to jet around the ‘verse in the titular vessel. You’ll encounter characters from the television series as you assemble a crew and outfit your rig. There’s very much a kid-in-a-candy-store feel as you paw through cards featuring your favorite moments of the series, trying to smuggle specific characters and items aboard your craft.

The goal is to complete jobs and gain that precious payday. Several scenarios are offered in the box, but typically you’re trying to gain that sweet moolah and feed your family. Keep your head down, watch out for Reavers, and aim to misbehave. 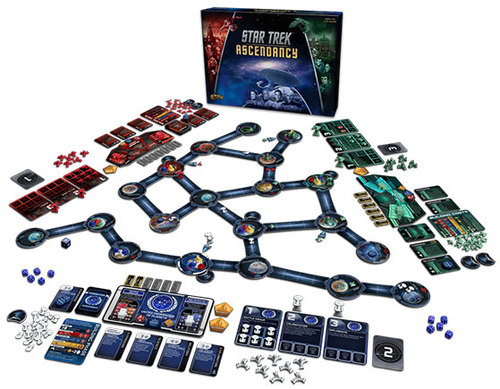 This fantastic 4X Trek epic is so damn good it’s featured as one of our top games of 2016. This design hits the iconic series from a wide lens, offering a strong arc of play that mimics the progression of the television show from generation to generation. You will explore and encounter new worlds, forge trade agreements, and ultimately succumb to interstellar warfare.

What’s so fun and exquisite about this game is the strong degree of asymmetry. The Federation, Klingons, and Romulans all feel extremely faithful to their depictions while offering enticing play-styles that are radically different. Combine this with the exceptional exploration mechanism where the galaxy feels dynamic and alive, and the result is an absolute winner. This is one of the most engrossing and satisfying games of last year, and it may just be Sean’s greatest achievement.

Are you a Gale Force Nine or Sean Sweigart fan? Have any stories from great sessions featuring these games? Share them with us in the comments!

A memorial fund is in place for Sean’s daughter, Alyssa. You can contribute at the GoFundMe page.