It wouldn’t take much more than a few moments with the relentlessly squiggly, jarringly dry Dr. Katz, Professional Therapist, which premiered on Comedy Central in 1995, to understand that it was a different beast entirely than most other animated series of the era. While perhaps too challenging in aesthetic and humor to ever reach the status of The Simpsons or any of Mike Judge’s projects, Dr. Katz carried enough esteem to win producer Loren Bouchard and star H. Jon Benjamin to develop a like-minded (and like-styled) animated series with up-and-comer Brendon Small. The fruit of this team’s labors would turn out to be Home Movies.

Twenty years after its premiere on the now defunct cable network UPN in 1999, Home Movies is remembered both as a revolutionary piece of late ‘90s animation, likewise as a paramount brick in the foundation of Cartoon Network’s after-hours bloc Adult Swim. In celebration of its milestone anniversary, the creative team that brought Home Movies to life gathered to discuss the series and its squiggly legacy. Watch co-creator and star Small; co-creator Loren Bouchard; star H. Jon Benjamin; and star Melissa Galsky chat during a San Diego Comic-Con Backlot Panel. And the moderator is none other than Nerdist’s own Dan Casey. 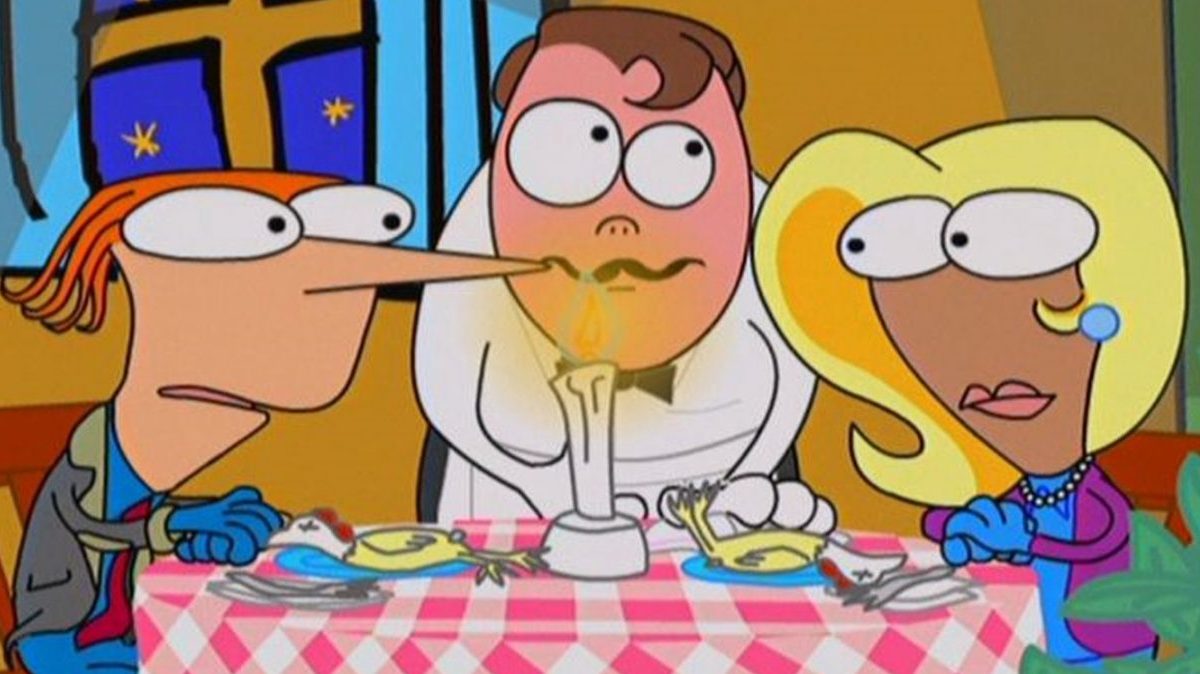 Through its tenure in house at Adult Swim, Home Movies would, as all series do, undergo a few notable changes. Foremost, the series would eventually lose the Squigglevision in favor of a cleaner veneer. Moreover, Home Movies would in turn grow into a cheekier, livelier sense of humor over the dry wit that marked its earlier seasons. I am a pretty fervent defender of Squigglevision. Not only is it the ideal method for delivering Home Movies, but it is also perhaps the only honest interpretation of human fragility. Even still, at no point during its three years on air did Home Movies ever risk turning out like any other animated series on television.

We have the folks behind Home Movies to thank for influencing a lot of contemporary animation, in the areas of aesthetics, sense of humor, and general willingness to push the envelope. Enjoy their walk down memory lane (guided by Home Movies super fan Dan Casey) over at ShoutFactoryTV, and—if that doesn’t sate your appetite for Home Movies—you can rent the show on streaming via YouTube.

In the meantime, just hum a little Franz Kafka to tide you over.