Dæmons and Dust have officially descended on this year’s San Diego Comic-Con. After only giving us a brief teaser previously, HBO and the BBC premiered the first full trailer at a Hall H panelfor their upcoming new series His Dark Materials, based on author Phillip Pullman’s beloved trilogy. As one of the most beloved fantasy series of all time, expectations for the show could not be higher. Not only do both networks have high prestige, a previous big screen outing, 2007’s The Golden Compass, left fans disappointed. We think it’s safe to say that’s not how they feel today, because the intense new trailer looks like everything they’d want from the show.

The first season of the show, which takes place in an alternate multiverse full of magic where every person’s soul is contained in a magical animal known as a “dæmon,” will follow Lyra Belacqua, played by Dafne Keen (Logan). She lives at the stuffy Jordan College in Oxford, where she is infrequently visited by her only family member, her intimidating uncle Asriel, played by James McAvoy. But after Lyra witnesses a failed assassination attempt and a mysterious and charming woman enters her life, a secretive group of child kidnappers known as the “Gobblers” throw her life into disarray.

“Her search for a kidnapped friend uncovers a sinister plot involving stolen children, and becomes a quest to understand a mysterious phenomenon called Dust. As she journeys through the worlds, including our own, Lyra meets Will, a determined and courageous boy. Together, they encounter extraordinary beings and dangerous secrets, with the fate of both the living — and the dead — in their hands.”

As anyone who has read the novels can tell you, that synopsis doesn’t even begin to touch on how insane things get, but this trailer certainly does. 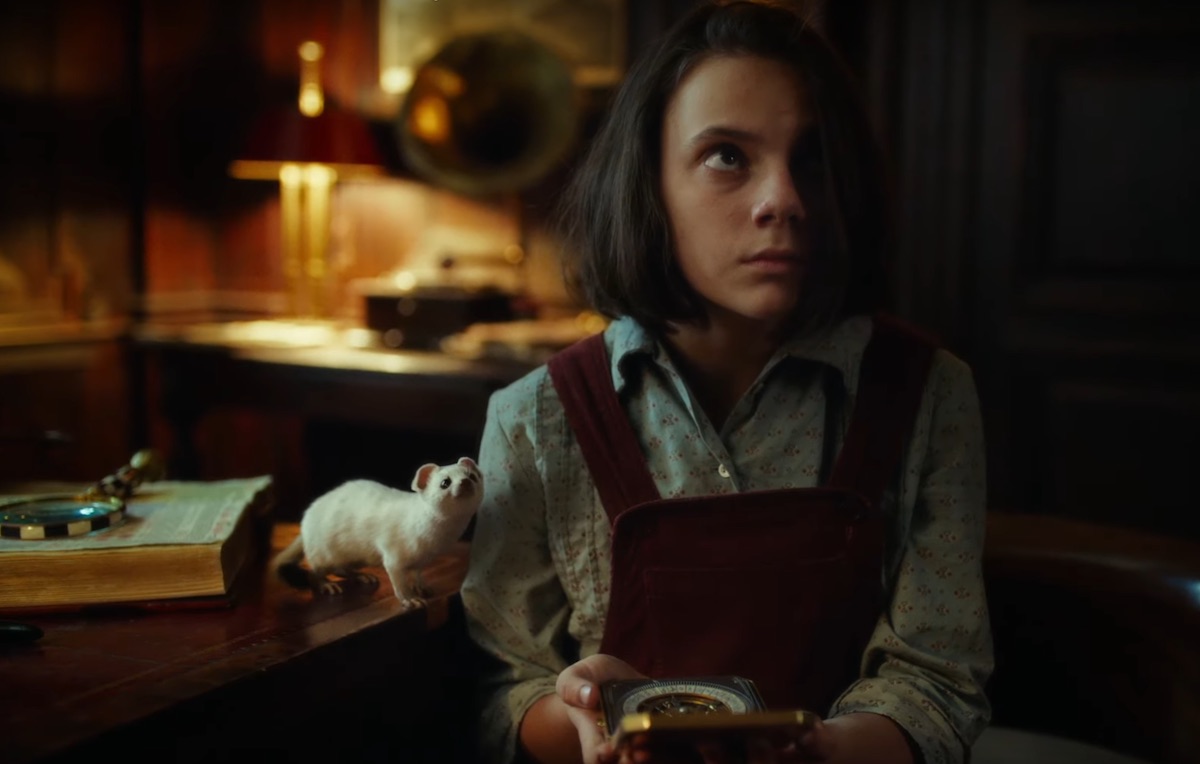 Expectations were already high for a lot of reasons, and this certainly won’t lower anyone’s.