It’s been 30 years since we first visited the halls of Westerburg High School, that slice of Midwestern Americana where cliques rule and anarchy steeps a set of teens in total chaos. (It’s what killed the dinosaurs, after all.) The movie Heathers follows a trio of popular girls who share that eponymous first name and their latchkey fourth member Veronica Sawyer (Winona Ryder), whose level head and growing attraction to bad boy Jason “J.D.” Dean (Christian Slater) is about to do them all in. What follows is essentially an anti-John Hughes fable, a teenage satire where no irreverent topic—be it suicide, homosexuality, or gun violence—is off-limits.

But Heathers’ sharp humor and all-knowingness are more than just empty shock-factor, and in the three decades since it first bombed at the box office, it’s been elevated to timeless cult classic status. It’s a movie that walks the line of being “too much” but winds up a little closer to transcendent. It doesn’t talk down to teens, but to the adults who willfully misunderstand them. And it’s loaded with violence, despicable amoralism, and wicked barbs of dialogue we still quote today. From musical adaptations to canceled re-imaginings, to special episodes of Riverdale and references on American Horror Story, the legacy of Heathers remains an unstoppable force. 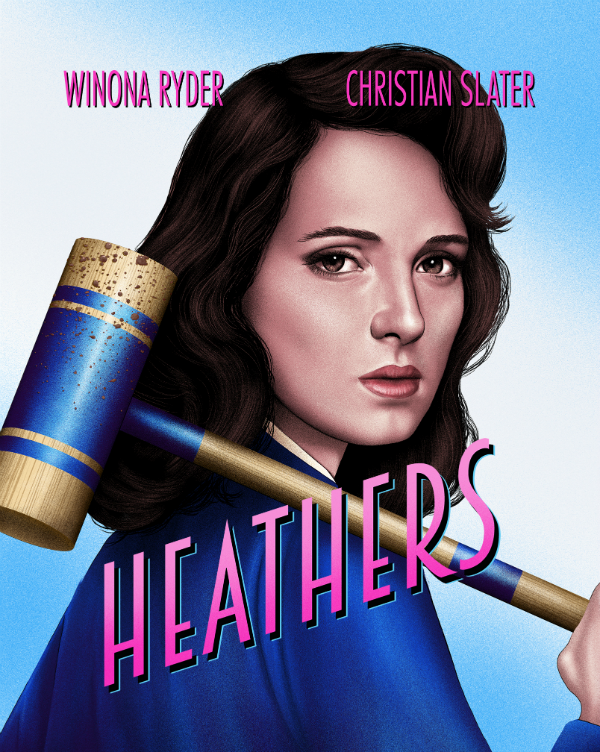 To celebrate the release of Heathers‘ 30th Anniversary Limited Edition Steelbook—available now—Nerdist recently chatted with the film’s screenwriter, Daniel Waters, and star Lisanne Falk, who played Heather McNamara. They took us through the creative and casting process, the movie’s staying power and influence, and walk us through some of the movie’s most unforgettable lines and moments.

On the genesis of Heathers:

Heathers was the first screenplay from Daniel Waters, who went on to write the 1991 Bruce Willis comedy Hudson Hawk and Tim Burton’s Batman Returns. He’s the older brother of Mark Waters, who directed Mean Girls.

Daniel Waters: “I had to write a short film to begin [my screenwriting] course in college, and I just remember mine ends with a girl getting burned at the stake at a high school football game by three witches named Heather. So I had that one little piece then, and then I moved to Los Angeles and was working in a video store—before Tarantino was, I want that on the record. [Laughs] I recommend seeing every movie so you know what is in God’s crossword puzzle and what hasn’t been answered yet, and I was like: What’s the Full Metal Jacket of high school films? What’s the Doctor Strangelove of high school films? What’s the Stanley Kubrick high school film? And I thought, ‘I guess I’ve gotta stop waiting around for it, hoping somebody else makes it. I’m just gonna write it and see what happens.’ My first draft was over 200 pages, and it was like, let’s put everything I’ve always wanted to do in a high school film that is simultaneously realistic and corrosive, but not a documentary. Believe me, you got to see the tighter version.”

Lisanne Falk: “In January of 1988, I had my first audition and then we were shooting within six weeks from there. It all happened pretty quickly. I remember thinking, ‘Wow, this dialogue is crazy and I love it. It’s so dark.’ I was excited to go meet the people behind it. At that point I wanted any role in the movie because I just felt like it was something that was special and that I had never read or seen before. After everything fell into place and we were cast, all of us got together for a dinner right before the shoot. But that was like a meet-and-greet, it wasn’t a big thing. It was slightly awkward. But from the first day on set, when we were shooting the croquet scene in Veronica’s backyard, it just felt right. And just because it felt right doesn’t always mean it always ends up right. But in this case, it did.”

On reaching out to Kubrick and modern screenwriting

Rumors have swirled for a while that Waters actually sent the script to Stanley Kubrick at one point. He cleared that up.

Waters: “I think Winona met Stanley Kubrick about some project and in retrospect talked about Heathers. He had seen the film but did not recall getting a director’s offer. But I definitely believe in the philosophy of dreaming big. Way too many people know about screenwriting now. Way too many people have read books on how to write a screenplay, and they’re way too savvy about what’s hot. I wrote this in complete naïveté, and I think naïveté can be a secret weapon. The structure of screenplays is so laid out in books now that screenwriters just play a game of Mad Libs, where they think, ‘Okay, this is what’s gonna happen in the second act. This is what’s gonna happen in the middle of the third act.’ Instead of just going crazy and being a madman, which I was.”

A young Winona Ryder had just filmed Beetlejuice before heading into Heathers. She would go on to be one of the biggest breakout stars of the ’80s.

Waters: “The original version of Veronica was definitely a female Travis Bickle, and I think Winona humanized it and I ended up humanizing it more for Winona. It ended up as something more edible.”

On playing the most “relatable” Heather:

Lisanne Falk plays Heather McNamara in the film, the only one in the trio of Heathers who exhibits actual signs of suicidal ideation.

Falk: “I got cast as the Heather I thought I’d be the best at portraying. Not that I was ever like any of the Heathers in high school at all, but Heather McNamara was the one that I related to the most, and I thought that onscreen she was able to portray more levels than the other two. We actually see the humanity and what’s behind the initial meanness of the Heathers. So I would say that in the beginning, the way that I looked at it was that I was a follower. I was just going along. I was just happy that I look nice and I came from a good family and the mean girls were accepting of me, I was a part of something. But in my scenes with Winona, you get to see things aren’t always what they appear. And I think that’s one of the things that people relate to, in this world today with Instagram and social media, everybody has everything and it always looks so great. But what’s really going on? And I got to show that.” 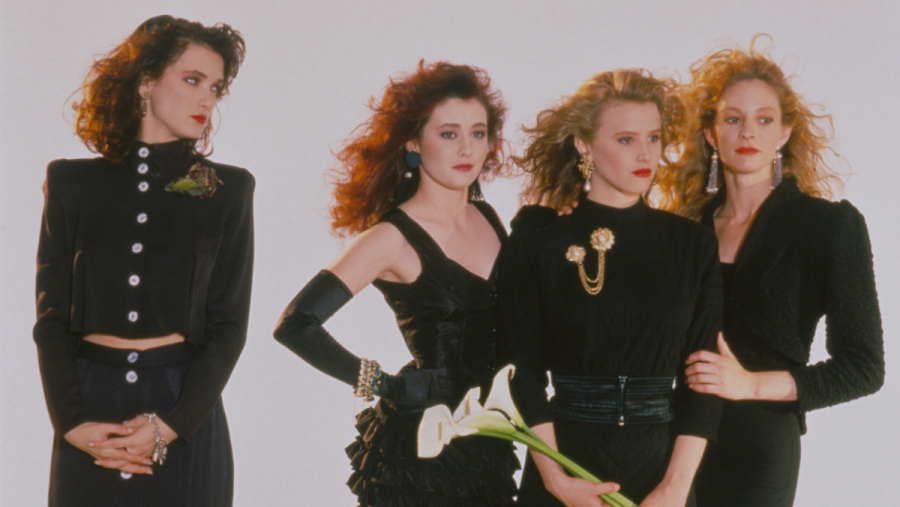 On the film’s legacy:

Heathers continues to have a massive impact on culture, with the lines seeping into other projects, and inspiring a spin-off TV series and hit musical.

Waters: “[The quote ‘What’s your damage?’] was on American Horror Story last week. I was so proud. It never goes away. I just wish they paid residuals by the line.”

Falk: “The reason it still resonates today is because the issues of being a teenager and teen angst and the varieties of issues that are within the movie—of teen suicide, and bullying, and body image, self-harm, date rape, gun violence—all of those things are basically saying, ‘This is what’s happening outside of you.’ But I think [the film is] actually all about finding out who you are and what you’re made of, and what friendship is and what life means to you. So I feel that is why all of those issues that are enveloped in there are a part of it, but I always thought it was a coming of age story. And how far you’ll go to be who you are.”

Waters: “I have a philosophy that it’s no fun if everyone’s having a good time. I like the secret handshake of Heathers. That it’s a movie where you get it even more because other people don’t get it. That’s part of your love for it, that it does go too far for a lot of people, and it’s not funny if everyone’s laughing.”

On how the story reflected its era:

Waters: “Back then, even more than now, they thought everything would be solved through an after-school special, where the funeral [of a teen] always ends up being this great thing, and finally everyone is getting the appreciation they deserve. I thought that was a pretty insidious message. [Heathers] is a cusp movie. It helped turn the ’80s into the ’90s. We had to vomit up the Reagan, feel-good era of the 80s and go beyond the platitudes and the homilies. You know, the ’90s—Kurt Cobain’s coming, it’s time to get dark.”