Over the two decades since her introduction Harley Quinn has become one of the biggest and most beloved characters in the DC Universe. After the shocking events of Death Metal, everyone’s favorite anti-heroine is back in Future State: Harley Quinn. The dynamic first issue reframes Harley as a complex heroine finding herself in a stunning neon-hued landscape. Writer Stephanie Phillips chatted with Nerdist over email about taking the reins of one of the most popular characters in comics, recasting Harley in a heroic light, and her collaboration with the story’s incredible artist, Simone Di Meo. 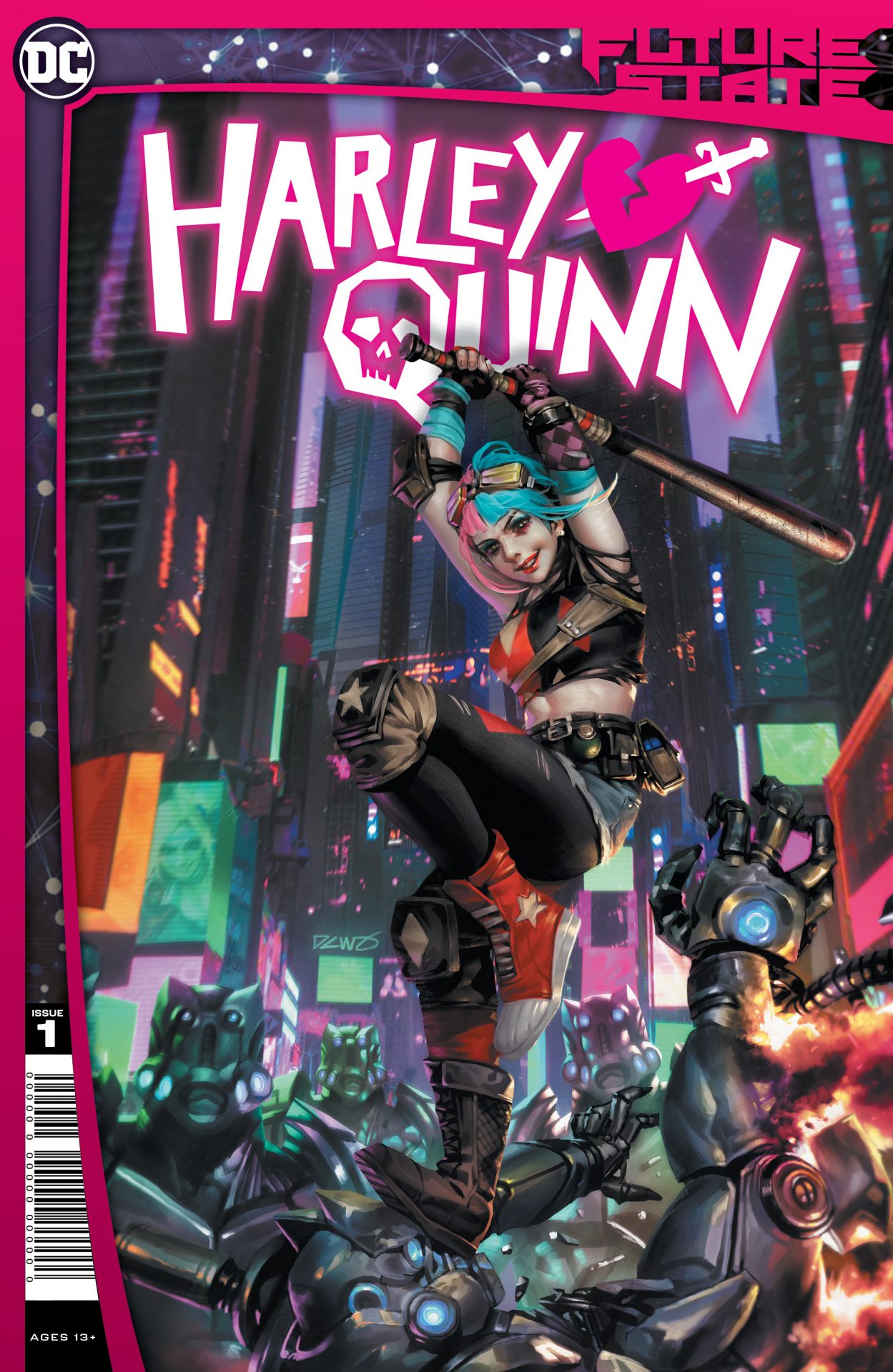 Like many of us, Phillips first discovered Harley through Batman: The Animated Series. The Clown Princess of Crime debuted with what was meant to be a bit part. She first appeared in the episode “Joker’s Favor.” Phillips later fell in love with the character in Jimmy Palmiotti and Amanda Conner’s critically acclaimed series Harley Quinn. “She always stood out to me for her unique wit and charisma,” Phillips told Nerdist. “I remember being really excited about seeing a female character presented with this much dynamism.”

In Future State, Harley isn’t the villain she once was. In fact, this book is clearly interested in redemption and reconsideration. Phillips found those themes to be key. “I love really nuanced explorations of heroism and villainy, and what it means to toe that line between the two,” she explained. “In real life, I don’t think it’s so easy to just label people ‘hero’ or ‘villain,’ and Harley is a perfect example of that—she has a really troubled past and Future State, as well as the Harley ongoing, looks at what it means for a person to change in light of their previous actions.” 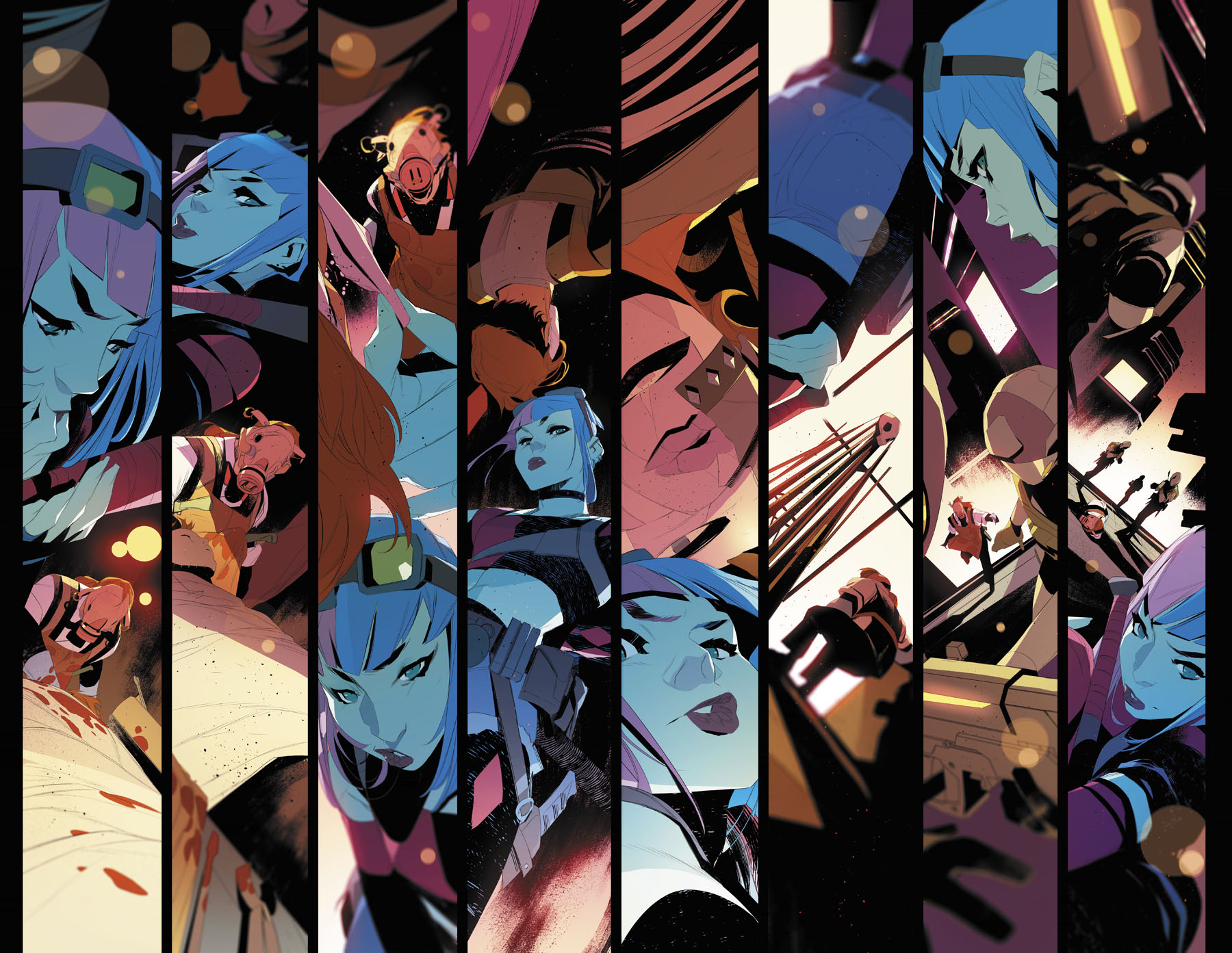 She continued. “In Future State, I deliberately tried to put Harley at odds with other characters labeling themselves the ‘hero’ of the story. Crane thinks he’s acting in Gotham’s interest by aiding the Magistrate, and Black Mask thinks he’s doing the right thing by opposing the Magistrate. I found it really interesting to write Harley Quinn stuck in the middle of these self-proclaimed heroes and let her react to them.”

Her collaborators, artist Di Meo, colorist Tamra Bonvillain, and letterer Troy Peteri, play a huge part in making the world Harley lives in feel as alive as the heroine herself. And it’s clear that Williams has found something truly special in their team. “I absolutely love working with Simone on this story,” Phillips enthused. “Simone is an incredible artist, storyteller, and designer. I hope we get to release process images that Simone created for the characters and setting of Future State. We would discuss a scene inside of a restaurant. Then Simone would make layouts for the entire restaurant to help set the stage of the scene. This collaboration was a lot of fun and I hope that shows through in the final product.” 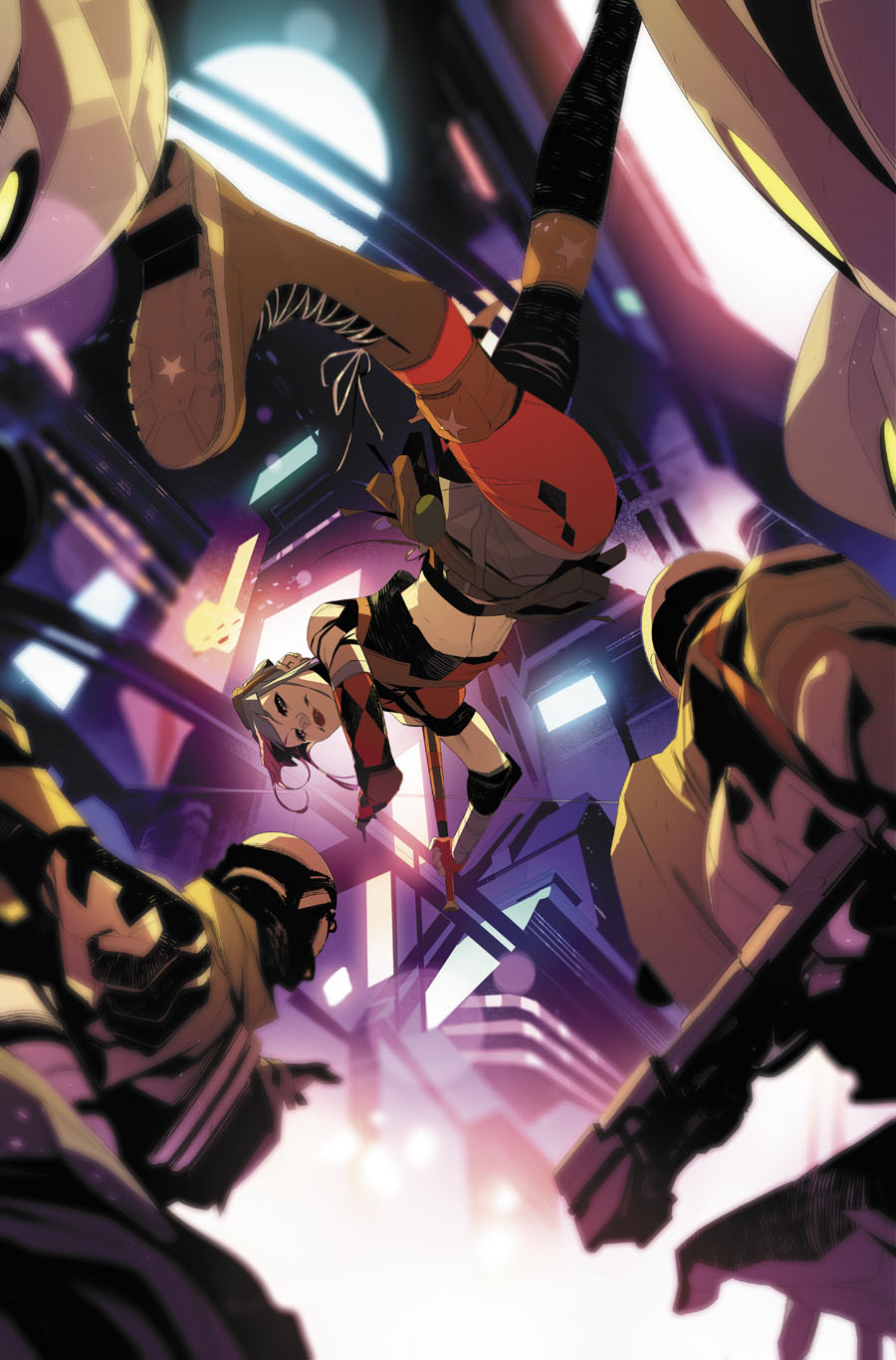 Phillips gave us a hint at how this story sets up her Harley Quinn ongoing. That series will debut after the massive Future State event. “Future State gave me the chance to find Harley’s voice and establish the tone that I want to carry into the ongoing series,” Phillips teased. “Harley is incredibly funny, but she’s also one of the smartest people in the room and I want that to help steer the direction that we take the ongoing in March.”