HAPPIEST SEASON Is Much More Than a Coming Out Story - Nerdist

HAPPIEST SEASON Is Much More Than a Coming Out Story

Like many movies about queer characters, Clea DuVall’s Happiest Season explores the coming-out topic; but this is not the film’s sole subject. First and foremost, Happiest Season highlights the life and relationship between two women—all surrounded by Christmas lights, holiday food, and family quarrels. Happiest Season is truly special, as the first major lesbian holiday rom-com in pop culture. For years, we have seen the same methodical pattern in almost all holiday films. And don’t get me wrong; I love While You Were Sleeping, The Holiday, and Four Christmases. However, I never related to those films. But DuVall gives something to which I can finally respond on a whole another stage.

In Happiest Season, there are many uncomplicated, seemingly unimportant, yet remarkably memorable scenes. We see Abby (Kristen Stewart) and Harper (Mackenzie Davis) eating breakfast and talking, or taking a stroll through Candy Cane Lane. One wouldn’t even bat an eye at these moments, and may even dismiss them. But for the LGBTQ+ community, these are the most significant scenes because, thanks to them, we can visualize our future relationships and lives. Moreover, we need to see couples like Abby and Harper, and many, many more in our film and television discourse to have some examples that validate that we’re feeling is not a sin, that is not wrong; on the contrary, that it is more than right. 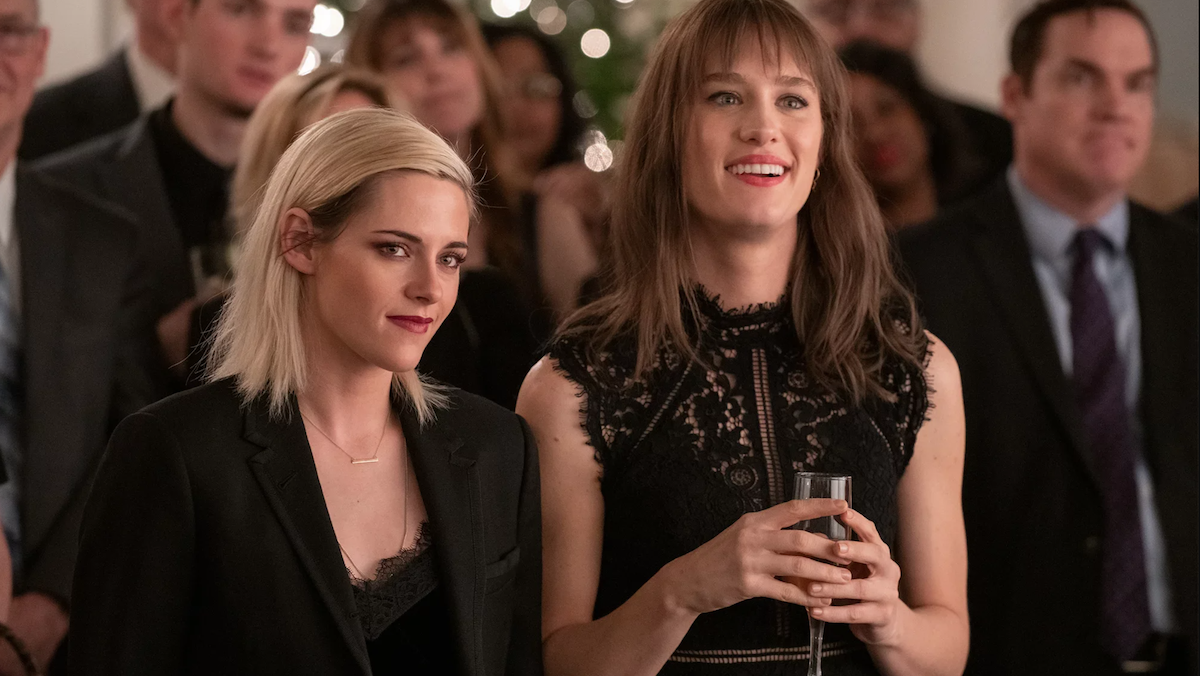 There are still countries in which gay relationships are illegal; in which young people struggle with their sexuality. One of those countries is Poland, where I was born. Same-sex relationships there are bashed left and right by the government and the church. That’s why, during Happiest Season, I couldn’t help but think that somewhere out there, there is a teenager who’s scared of being truly herself. I can only imagine her smile when she sees Abby and Harper onscreen together.

Another very engaging plotline involves Aubrey Plaza’s character. Plaza plays Riley, Harper’s ex-girlfriend. Riley’s parents happen to exist within Caldwells’ inner circle; hence, they appear at every important party. Abby quickly befriends Riley. It doesn’t take long for them to start talking about Harper and her issues. Riley is very understanding and supportive of Abby. While not drinking spiced alcohol, they shop together or drink beer in a bar where drag queens sing holiday songs. There is no chemistry here, but just two buddies sharing the same experiences. 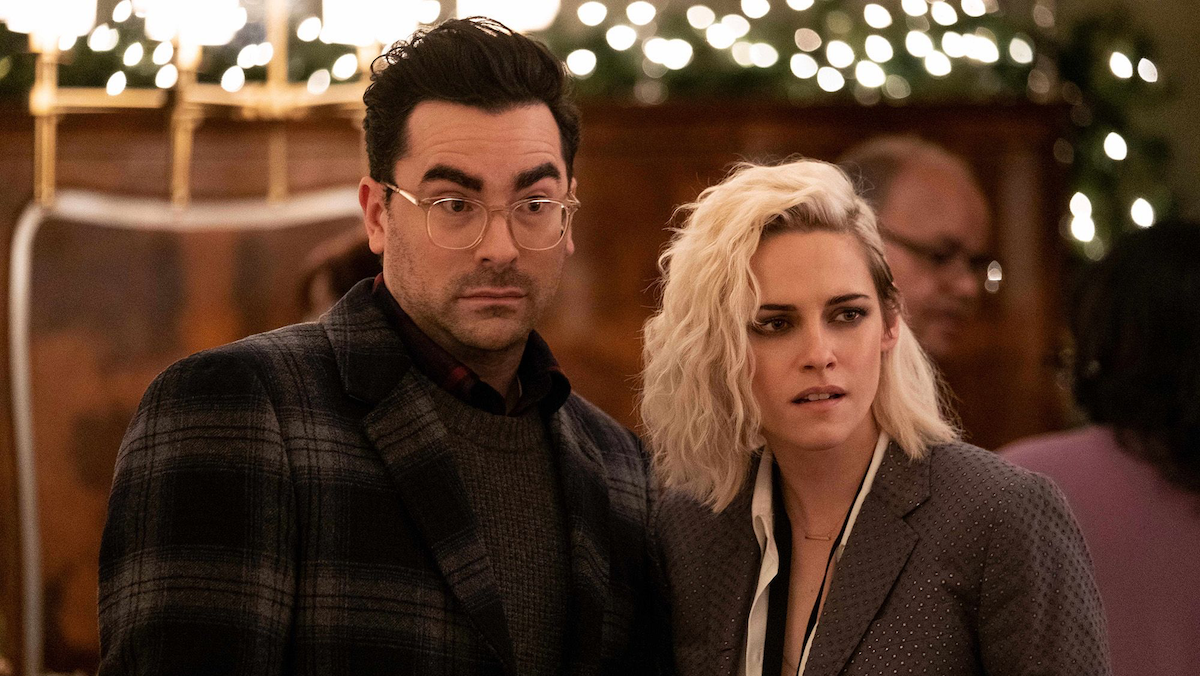 Near the end of Happiest Season comes a highly emotional moment that I felt on a personal level. Abby and John, the wonderfully laugh-out-loud character portrayed by Daniel Levy, compare their coming-out stories, which went very differently. As John reminds Abby, “One thing that all those stories have in common is that moment, right before you say those words.”

The scene really moved me. I had tears in my eyes that threatened to spill (and they did, of course). It reminded me of my own coming-out story. It happened in high school when I was forced to come out to my parents due to my teacher’s accidental but disconcerting interference. I wasn’t ready for it; there were tears, screams, and many quiet days. In the end, I was lucky to have a family who loves me no matter what. The scene also helped me realize how much easier it would be for me if I had films such as Happiest Season then. 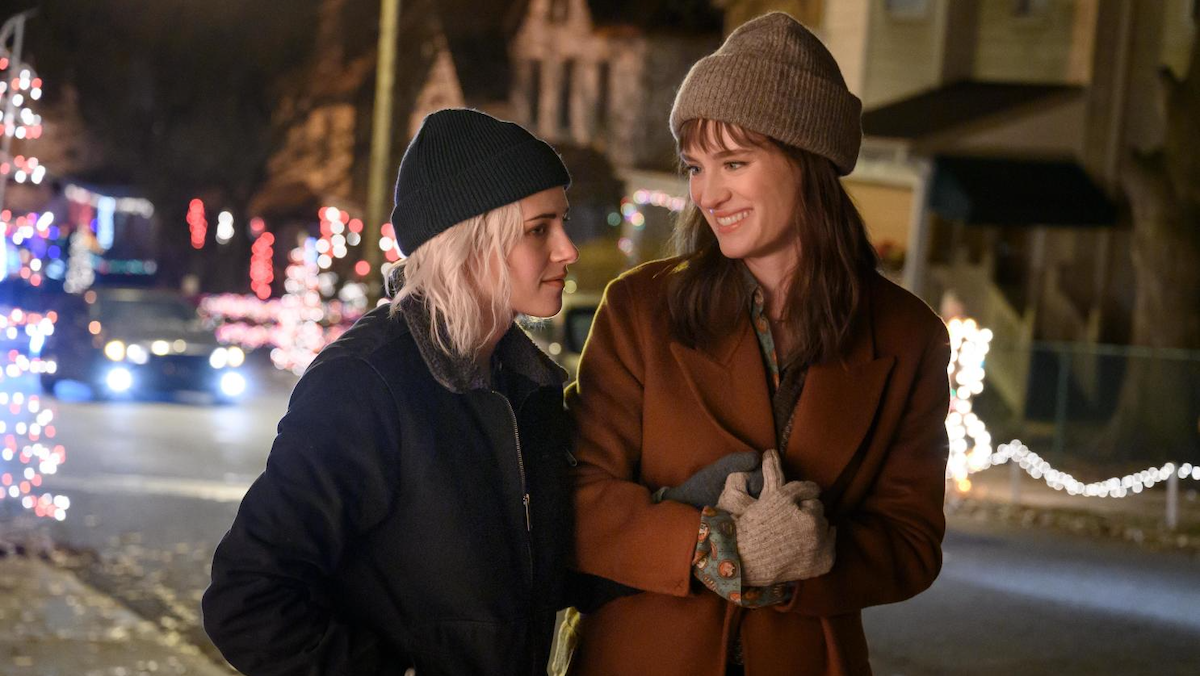 Duvall and Holland’s feature is a very significant creation. It encourages a new discourse in our community. We need to see ourselves in these fleeting moments on screen, in different genres, and narratives. We deserve to be seen in rom-coms, horrors, thrillers, and all kinds of other films or shows. That’s precisely why Happiest Season is one of the most important films. I hope that other directors follow the director’s steps and create more films and shows for everybody to relate to.