Universal Orlando’s shared some new details about the upcoming Hagrid’s Magical Creatures Motorbike Adventure, and they recruited Draco Malfoy for the task. Actor Tom Felton hosts the above video and talks with Alan Gilmore, the art director from the Harry Potter films who is also working on the ride, which will go into the Forbidden Forest to discover rare magical creatures at speeds up to 50mph. Creatures such as Fluffy, Cornish pixies, centaurs, devil’s snare, and more surprises, including an encounter with a creature that’s never been in the films. And as Gilmore describes, the rider’s experience will be different depending on whether on the motorbike or in the side car of the ride vehicle.

An overview of the ride from the video: 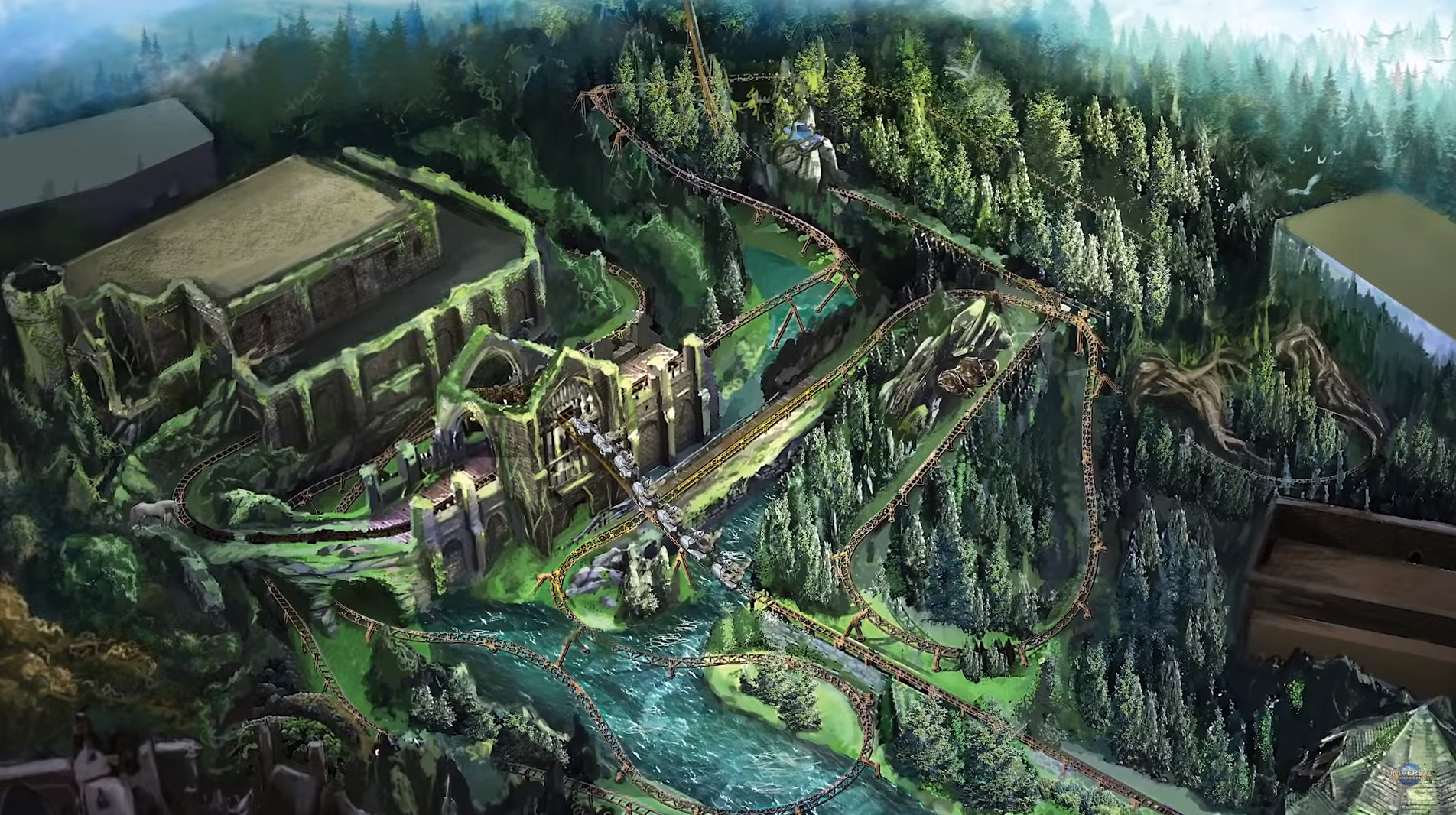 Original post:
Star Wars: Galaxy’s Edge, the soon-to-open Star Wars parks in Walt Disney World and Disneyland, has gotten the lion’s share of nerdy theme park news announcements lately. But fans of a certain boy wizard have reason to be excited, too, as Universal Studios has announced plans to expand its own magical Harry Potter world with a brand new ride.

At the The Wizard World of Harry Pottter – Hogsmeade in Universal Orlando, visitors will soon be able to ride Hagrid’s Magical Creatures Motorbike Adventure, a brand new roller coaster that opens June 13.

While details are mostly scant, Universal Orlando’s official blog did post a brief description of the ride. The roller coaster will take fans on a ride with Hagrid, the gatekeeper at the wizarding school Hogwarts who lost his magical privileges after being expelled and nurses a fondness for strange pets. In J.K. Rowling’s books and in the film adaptation, the half-giant Hagrid is known for riding a motorbike, a vehicle that gets a big action moment in Harry Potter and the Deathly Hallows Part 1.

Hagrid’s Magical Creatures Motorbike Adventure will place you in Hagrid’s motorbike side car and take you on a “thrilling roller coaster ride that plunges into the paths of some of the wizarding world’s rarest magical creatures.”

The ride will replace the park’s other big roller coaster, the Dragon Challenge, which was only lightly themed. It is the second Hagrid-themed coaster in the park, after Flight of the Hippogriff, a kid-friendly ride that mimics Harry Potter’s ride atop Hagrid’s pet hippogriff, Buckbeak, in Prisoner of Azkaban.

So Potter fans, looks like it’s time to gather your wands and start booking your next vacation. Given the quality of the other rides at The Wizarding World of Harry Potter, this is bound to be something special.