Crappy robots are all the craze these days, with YouTube’s greatest engineering minds working on everything from tazer-happy desks to skin-crawling toilet machines. But crappy Rube Goldberg machines, now that’s something that has yet to storm the net. Like this one from Brooklyn-based actor and comedian, Colin Burgess, which is so horrible yet hilarious we hope it starts the next “crappy” trend.

made a Rube Goldberg machine pic.twitter.com/gWRNnmm5Ic

According to the one and only ‘pedia, Rube Goldberg machines are those that are “intentionally designed to perform a simple task in an indirect and overly complicated way.” In the case of Burgess’s RGM, the goal of his “machine” is to turn on a radio (?) playing Mark Ronson and Bruno Mars’ hit song, “Uptown Funk.” Which would’ve been spectacular had this whole contraption actually worked like a functional RGM. 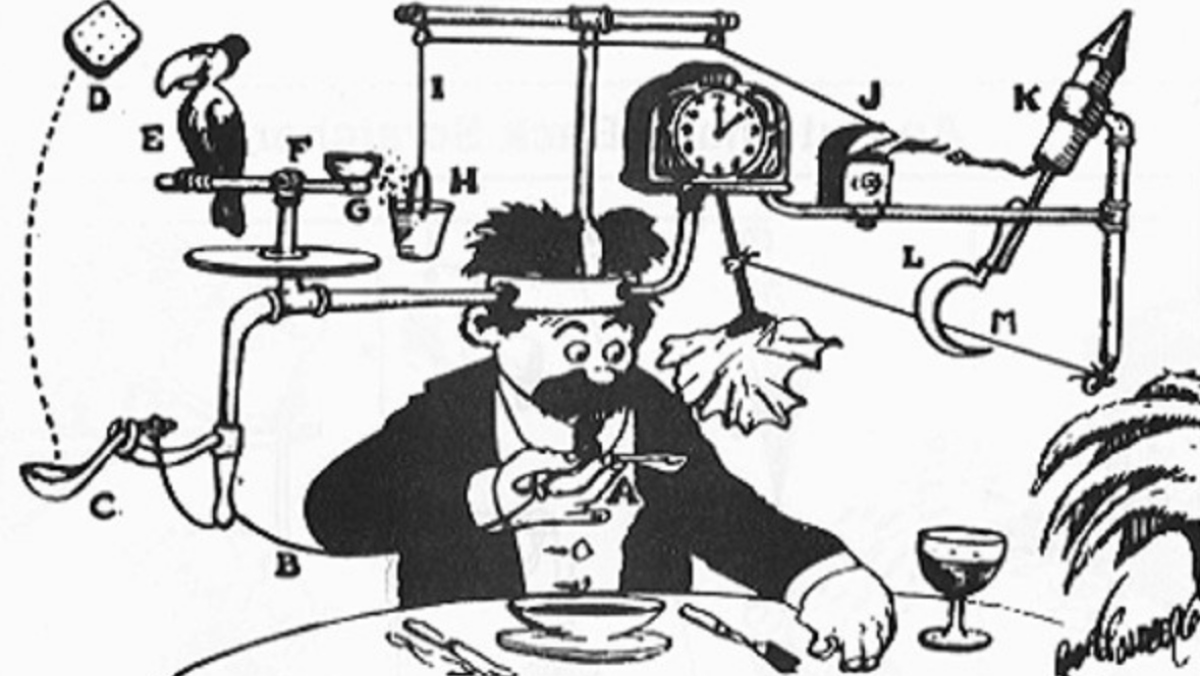 But Burgess needed to help his RGM along at every turn. Which, while a seemingly perfect excuse to nullify this “machine” as nothing more than a joke, doesn’t actually violate the definition of a what a Rube Goldberg machine is. After all, how many machines need human operators?

We can only imagine that Burgess made this ultra-terrible RGM because he’s going a little nutty in quarantine like the rest of us. Which is probably also the reason that discussing the philosophy of what is or isn’t a Rube Gold Machine sounds appealing.

Anyway, here’s “Uptown Funk” by Mark Ronson and Bruno Mars. Because you’re probably in the mood to hear it now.

What do you think about Burgess’ crappy Rube Goldberg machine? Does Burgess’s contraption actually count as one of the iconic machines, or is the very idea of applying the term “machine” to this mess just plain ridiculous? Let us know your thoughts in the comments!