As a long forgotten enemy makes its way into Westeros, another dormant killer no one is worried about could also be lurking, ready to strike the living with a fate worse than death.

The literary concept known as Chekhov’s Gun says all elements of your story, whether it be a pistol sitting on a table in act one or the mention of some strange disease in season five, should eventually have significance to the larger story. Since Game of Thrones‘ co-creators David Benioff and D.B. Weiss have produced the most popular show in the world,  it’s safe to assume they’re familiar with that basic story telling principle. So like a gun the audience knows will be fired before play’s end, what kind of payoff can we expect from Game of Thrones‘ most formidable disease–one that has been given more time and energy than many other subplots on the show–greyscale? 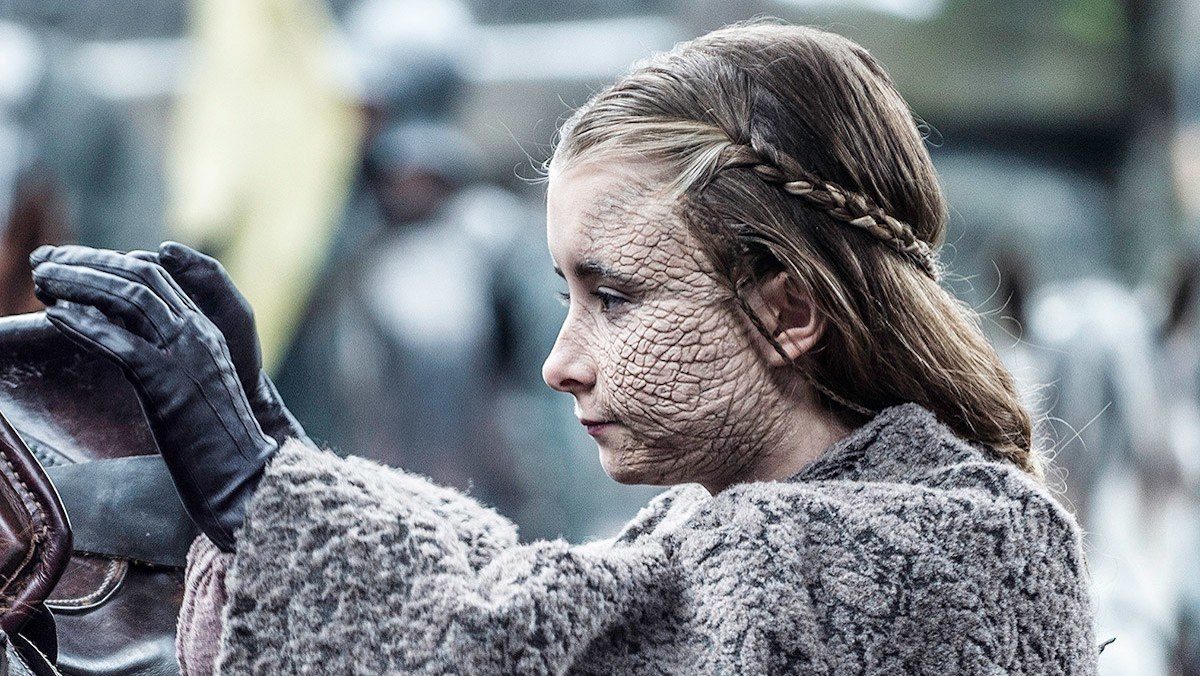 You can read all about greyscale’s origins with our History of Thrones series, but it was first introduced on the show (though not by name) in season three with Stannis Baratheon’s daughter Shireen. She was miraculously cured by an unknown combination of treatments from the best healers in the world as a baby, but it still left her face permanently disfigured where the infected toy doll had been placed. That didn’t prevent her father or friend Ser Davos from hugging her, despite the disease being highly contagious via touch; they believed she was fully cured.

Greyscale really became a major topic of discussion in season five. During that season, Gilly, Sam, and Shireen talked about the disease at Winterfell, where Gilly said she had two sisters who had contracted it. Tyrion and Varys also mentioned it in Volantis, when they heard a red priestess speak of the Stone Men. Those infected with the disease are exiled (on the show) to the ruins of Valyria, and it was there that the monstrous, crazed men attacked Tyrion and Jorah Mormont infecting JOrah instantly with a slight touch of his wrist. 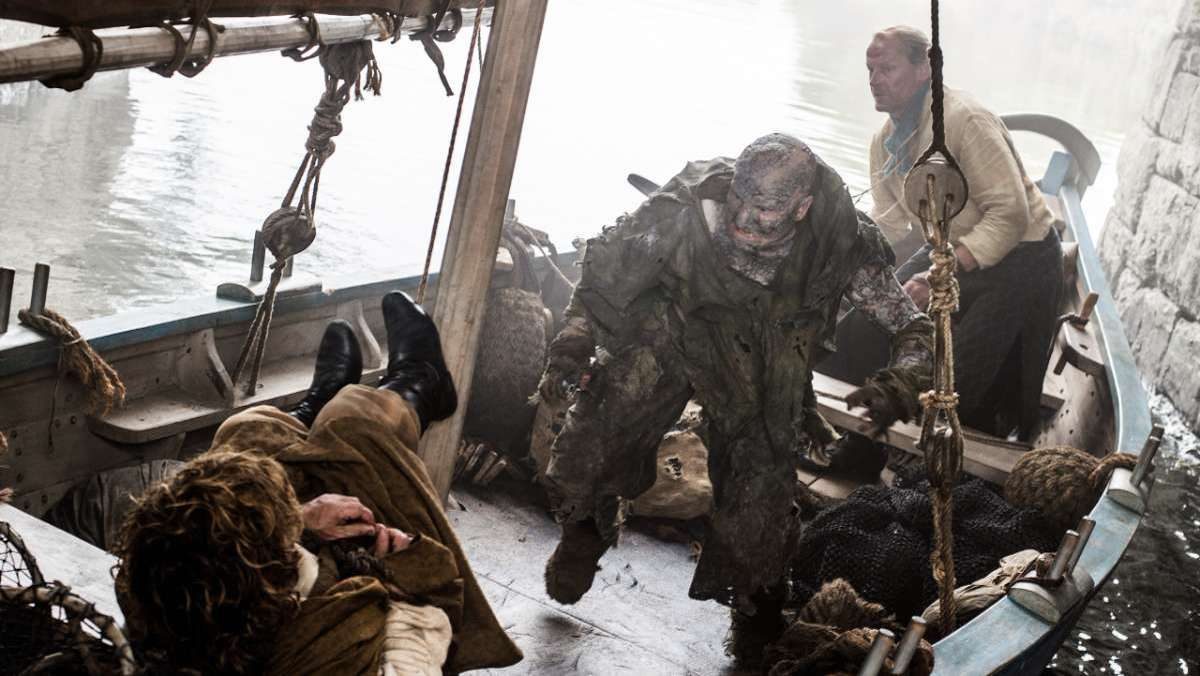 That development made Jorah the focus of the greyscale discussion. Shireen, sadly, had bigger problems still to face. But there still hasn’t been a meaningful payoff to Jorah’s greyscale story line. The exiled Jorah came back, saved Daenerys in the fighting pit of Meereen, and after rescuing her in season six, left her because he was sick. She charged him with doing the impossible and finding a cure so he could return to her, something he seeminglyaccomplished in season seven when Sam saved him at the Citadel.

And so far, that’s it. Jorah’s entire seasons-long bout with greyscale resulted in a relatively easy cure from an intern. There was no brave death for a dying Jorah, no devastating spread of the disease that accidentally wiped out the Dothraki, and no trip to Asshai where his search for a cure led him to find some other ancient secret the living will need. Instead of Chekhov’s gun firing in act three, someone picked it up in act two and said it was dirty before cleaning it and putting it in a dresser drawer, never to be seen again. 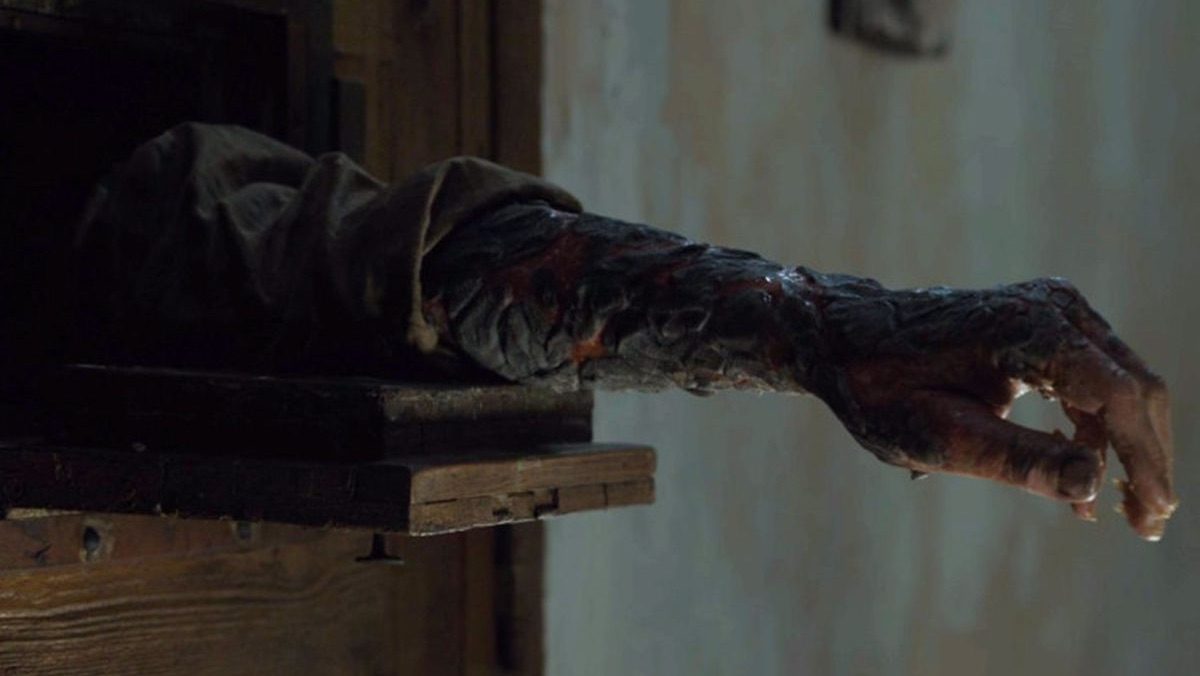 Considering the show has spent years waiting to payoff even the most minor utterances–in season three Tywin told Cersei in passing the Lannister gold mines had run dry, which ended up being a major issue in season seven–that would be a poorly written end for greyscale, and seems unlikely. That means we expect a much more meaningful conclusion for the disease in the final six episodes.

It could be something small and personal. Maybe all that time on greyscale was a complicated (convoluted?) way to have Sam meet Lord Commander Jeor Mormont’s son Jorah, and that interaction will be very important now that they are both at Winterfell. Or maybe the greyscale subplot was really about Sam, whose experiences saving Jorah at the Citadel will be end up mattering more than we think. Both possibilities might sound like an underwhelming conclusion to what has been a major subplot, but that will depend on how important Jorah and/or Sam end up being to the end of the story. 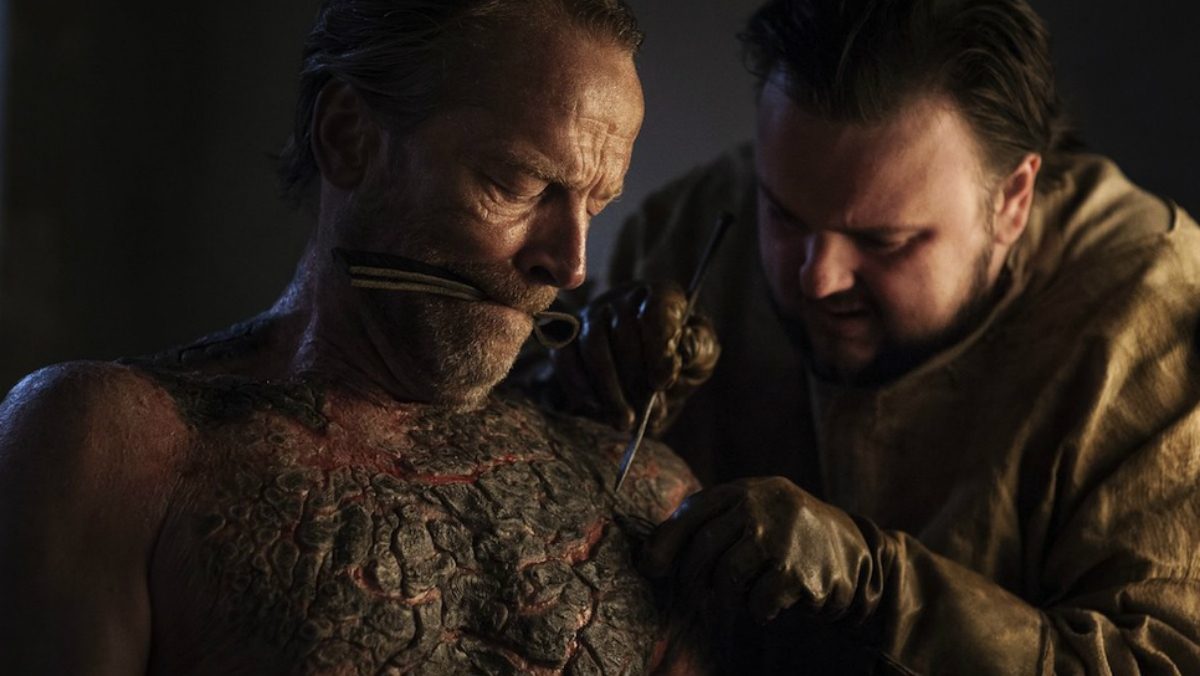 If you’re hoping for a much grander conclusion to greyscale, though, the possibility is there for a major payoff. What if Sam only “cured” Jorah. Greyscale is basically a death sentence for adults, at least until an inexperienced student found a questionable treatment in an old book. We know the maesters can be stubborn old fools, but they aren’t stupid, and they know more about the disease than Sam. Some think greyscale, even in someone like Shireen, is always at least dormant, ready to return without warning.

Jorah is currently with tens of thousands of others at Winterfell waiting for the White Walkers. How well will the living be able to fight if a greyscale epidemic breaks out before or during the battle? What hope do the living have if the army of the dead is outside and Stone Men are inside? The legends do say greyscale began as a curse on the dragonlords, an ominous tale for a man who serves the Mother of Dragons, a woman who might be mankind’s only hope at salvation.

And what if the ultimate payoff to greyscale is the “bittersweet” conclusion to the story George R.R. Martin has long promised. What could be a more Game of Thrones ending than for the living to defeat the White Walkers, and restore peace to the Realm, only for Westeros to be overrun by a greyscale pandemic? 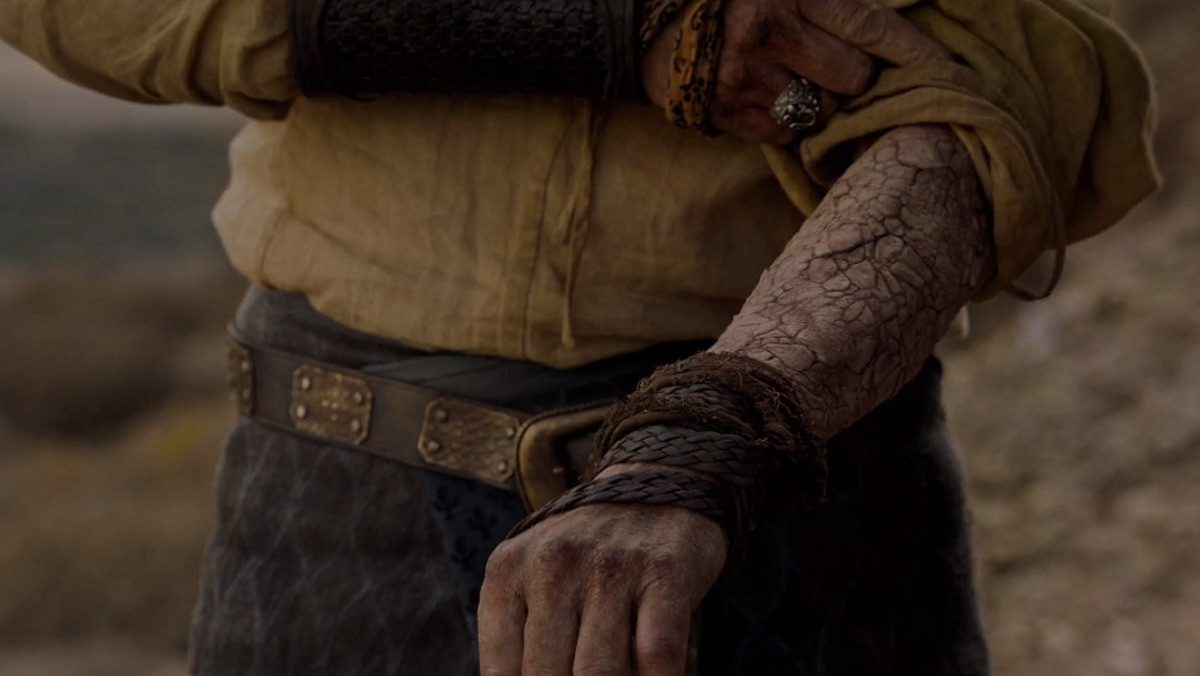 But don’t despair, because in a world of ice and fire where our expectations are frequently turned upside down, greyscale could even end up being what saves mankind. White Walkers were once men, and while the disease spreads slowly over flesh, could it spread faster through ice? Jorah Mormont might not be quite as cured as he thinks, but instead of greyscale being his greatest danger it could be his greatest weapon.

We don’t know what the exact payoff to this story line will be, but we’re pretty sure Checkhov’s greyscale is going to affect Game of Thrones final act. The question, as always, is how?