History of Thrones: Asshai and the Secrets of the Shadow Lands - Nerdist

History of Thrones: Asshai and the Secrets of the Shadow Lands

History of Thrones is our series where we examine important historical events and people from the complex and controversial past of Westeros, ones that might tell us something about the story going forward on Game of Thrones. But be warned traveler, for in the shadows are theories you might consider spoilers.

You can find past History of Thrones entries here.

Asshai and the Secrets of the Shadow Lands

In Essos, far past Qarth on the southern edge of the known world, sits a mysterious and ancient port city known as Asshai (pronounced “uh-shy”). It is large enough to hold four massive cities but has only a small number of citizens. Its origins aren’t even known to the few who dwell there, but contained in its massive black walls is old and powerful knowledge—of magic, wonder, dragons, and sorcery. Outside the city are horrors even the most fearless men won’t travel to, for even the Lord of Light’s touch can not pierce the darkness of the Shadow Lands Asshai calls home. But just like Daenerys’s dragons eggs came from this mystical city, so too might the wisdom the living need to win the Great War. (And possibly more dragons.)

The walls that contain Asshai by the Shadow are said to be big enough to contain Volantis, Quarth, King’s Landing, and Oldtown combined pic.twitter.com/FqYjbO5k8W

Asshai is a sprawling place across the mouth of the Ash river on the Jade Sea. Located in the Shadow Lands, Asshai’s buildings and massive walls are made of a strange, greasy black stone that seems to predate time itself. This unusual material absorbs light and makes Asshai a dark, unsettling place, which is matched by the Ash, which is black during the day and glows with a green phosphorescence at night. Like the fruit that grows in the city, the fish that come from the river are dangerous for most to eat, and are blind and deformed. Traders even say the gold from Asshai is cursed. Despite its reputation, it’s still a vibrant port city, though, exporting amber and dragonglass in exchange for the food and fresh water it needs imported.

There are no children among the Asshai’i people, who wear veils or masks, like the shadowbinder Quaithe. They speak many languages including their own, but are feared the world over, even by the Dothraki. While many there follow R’hllor, there are no religions or practices banned from the city. It’s said even the darkest arts are allowed to be practiced there. 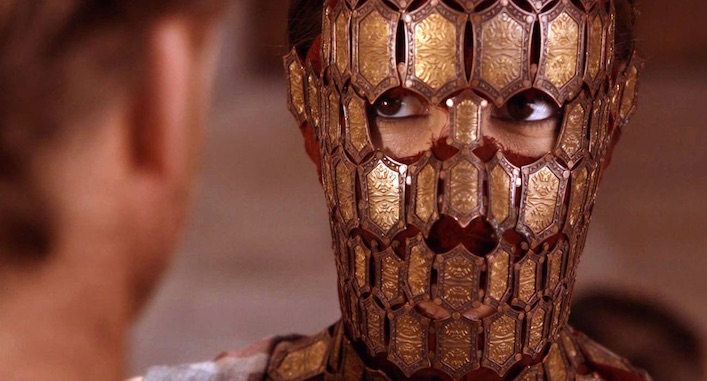 Nothing is known about where Asshai came from, but legend says it was there before the world started and will be there when it ends. What is known is it contains books from the Age of Heroes that tell of Azor Ahai, who saved the world from darkness during the first Long Night. Those ancient texts say he will come again.

Those books also say dragons first came from the Shadows. Is it a tale from religious zealots who believe dragons are fire made flesh, or the true origin of the beasts? If so, did the Asshai’i place the dragon eggs in Valyria so they would be found? Either way, Asshai is likely to also hold many works on dragons and how to master them. It might even house the final cache of dragon eggs in the world. It’s where the three Illyrio Mopatis gave Daenerys on her wedding day came from. How many more eggs are there waiting for the Mother of Dragons, or her relatives, to birth them? 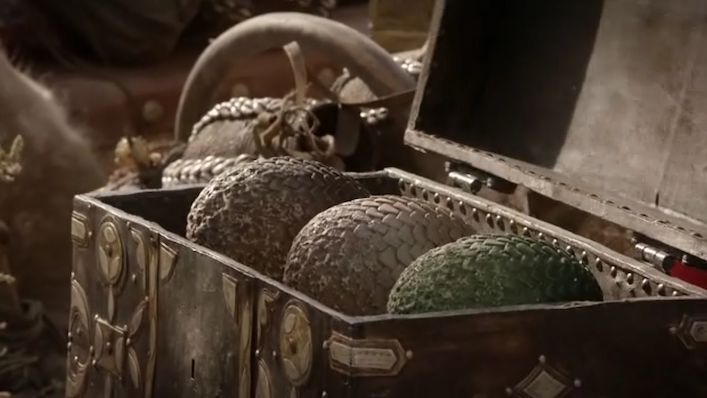 But as scary as Asshai might seem to outsiders, beyond its walls are far worse terrors. The mountainous Shadow Lands, nothing east of which is known to live, are almost always in darkness and said to be where demons and dragons dwell. The lands are also covered in ghost grass, which Jorah Mormont once told Daenerys about.

“They say there are fields of ghost grass with stalks as pale as milk that glow in the night; it murders all other grass. The Dothraki believe that one day it will cover everything – that’s the way the world will end.”

It’s easy to think of the White Walkers marching south when you think of the pale ghost grass moving west, each covering the world in darkness. However, the Shadow Lands connections to the dead go much deeper and darker. In the middle of the Shadow sits the ruined city of Stygai, which even the otherwise fearless shadowbinders refuse to visit. It’s known as the corpse city, where awful creatures are said to roam. Could the dead live in Stygai the same as they have for thousands of years beyond the Wall?

and i can’t do this without showing a bit of asshai (stygai in particular for this artwork) pic.twitter.com/1BOdBV1PVW


There’s no more mysterious place in all of Game of Thrones than Asshai. We’ve never visited it, but we have met some of its denizens. Melisandre and her magic come from there, as did Quaithe, who knew so much about Jorah Mormont in Qarth. Is her story done, a loose string forgotten? Or does she have further wisdom to share still? No matter what awaits her, Asshai is also home to many red priests and priestesses, all of whom believe Daenerys Targaryen is Azor Ahai reborn. Will they come west to help her win the Great War? Will they bring more dragon eggs with them if they do?

With the White Walkers through the Wall, the living won’t have time to travel east across the entire world to learn from Asshai. However, it is a trip a Three-Eyed Raven could make in an instant. What wisdom could Bran Stark find in that strange place? What hidden dragonlore is waiting to be found? What knowledge or warning of dead cities, ghost grass, and other sinister arts are waiting to be unearthed? In the novels Bran had a vision of Asshai where he saw dragons. A mere sign of what Daenerys would soon birth, or a marker more dragons roam the skies?

The vast secrets, and maybe more dragons, of Asshai are waiting to be found. It might be the only place to find the long-lost answers needed to defeat the dead.

And why not? No one knows more about the darkness than the people of the Shadow Lands.