This summer, humanity will reunite with one of the Western world’s favorite pieces of lore: Arthurian legend. Specifically, the legend of the Green Knight, who headlines a new epic fantasy film by David Lowery. A year back, we got a first look at the film by way of an exciting trailer. Now, we’ve got a few character posters to sift through. This release seems like a good opportunity to refresh our memories on the key players in the Green Knight story. 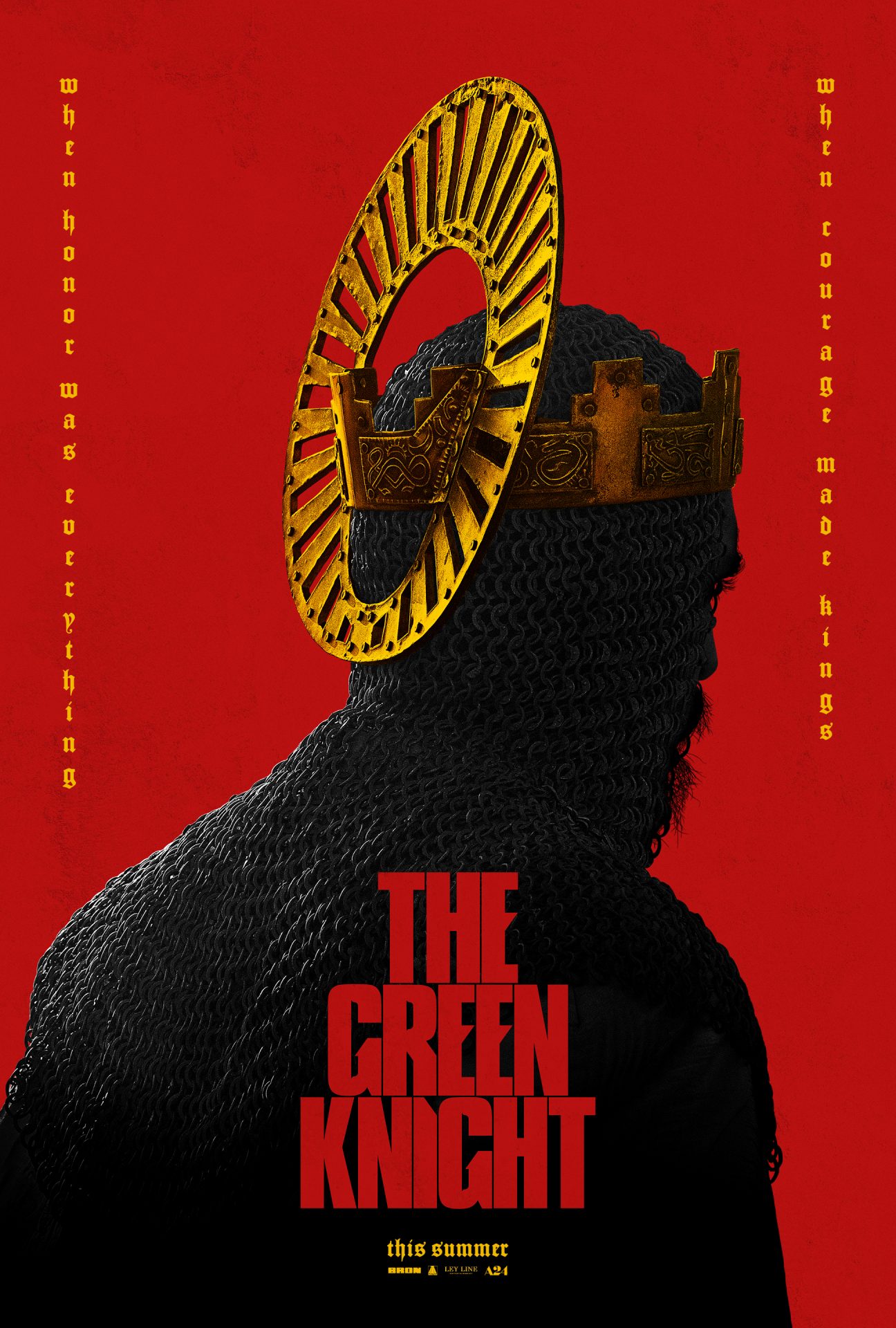 It makes sense to begin with Sir Gawain, the unlikely hero of the film’s source material, Sir Gawain and the Green Knight. The focus of numerous stories, Gawain has manifested in several different ways; some tales have depicted him as courteous, noble, and brave; others as ruthless and selfish. We don’t expect The Green Knight film to go fill villain with its Gawain, though he may air on the side of cocky unlikely hero. Dev Patel plays the character. 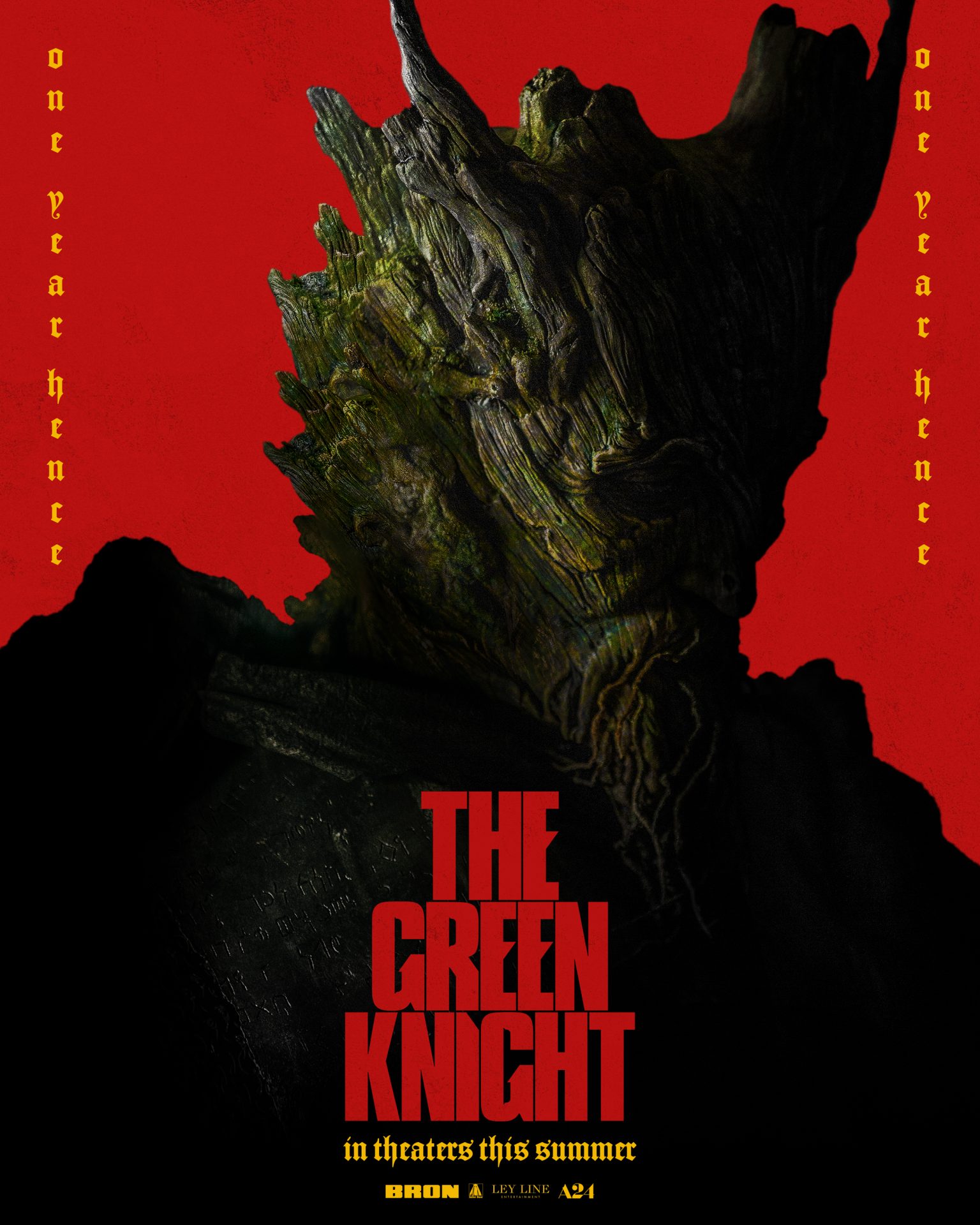 The centerpiece of the myth, the Green Knight is a monstrous creature who bests Sir Gawain with a challenge. He goads Gawain into attacking him with the caveat that Gawain would receive an equivalent attack a year later. Sir Gawain beheads the Green Knight, who survives (and “re-heads” himself) without issue. As such, the year to follow is one of formidable anxiety for the knight. Ralph Inseon plays the Green Knight here.

The Lady and the Lord 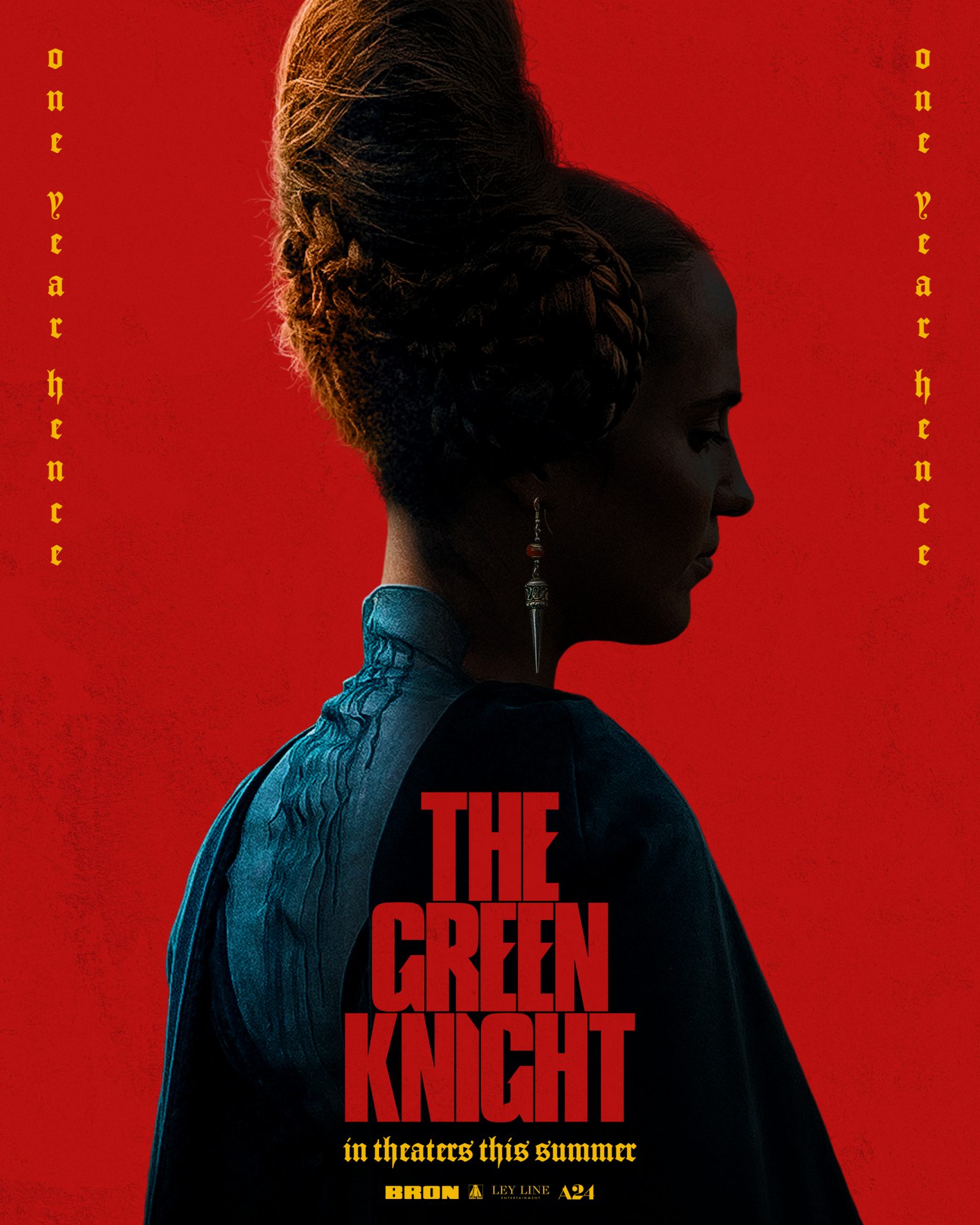 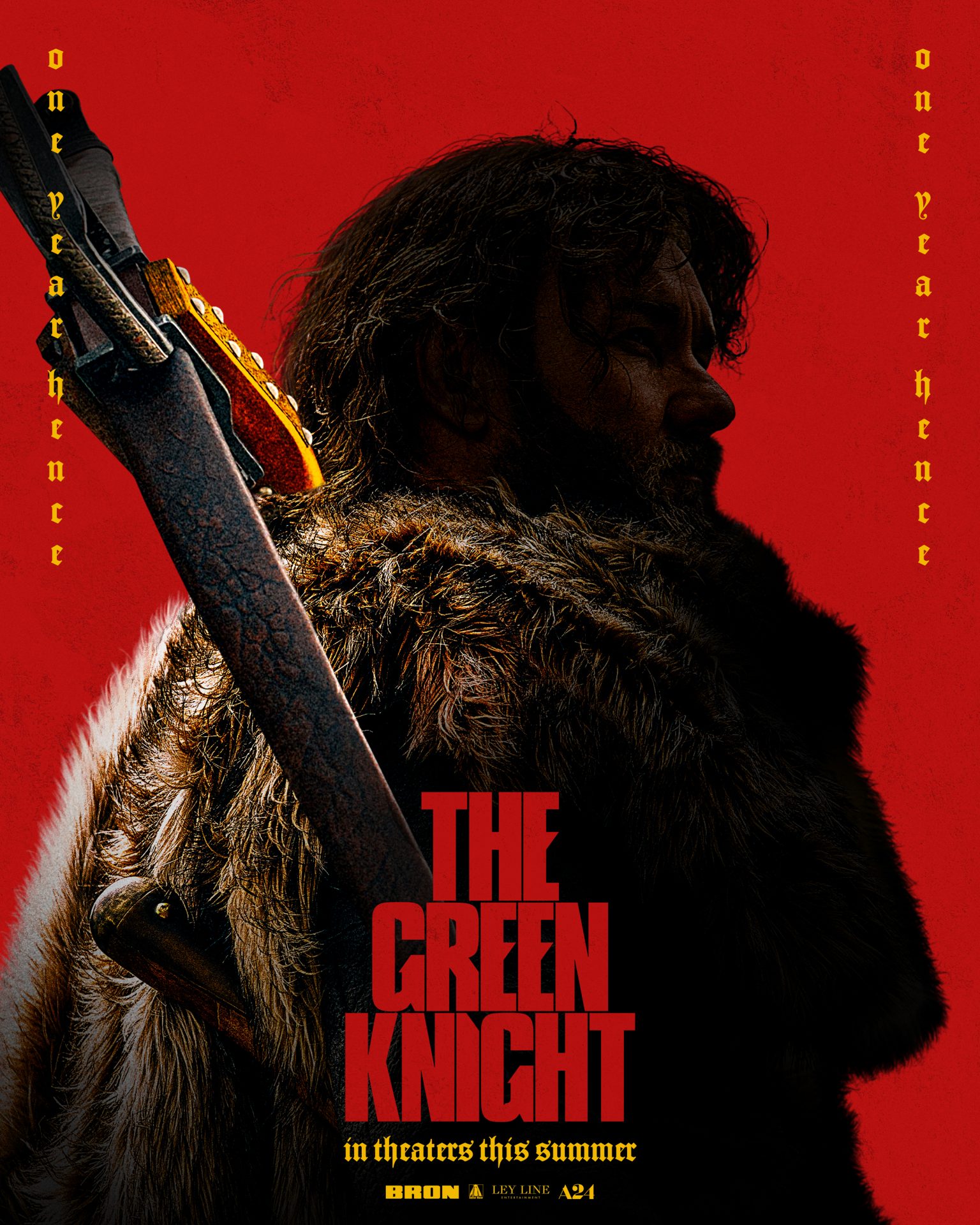 Among the new batch of posters, we see Alicia Vikander’s Lady Bertilak, a.k.a Lady Hautdesert; the set also reveals Joel Edgerton as her husband, the Lord. In the original story, the couple hosts Sir Gawain in their manor. During his stay, the pair secretly tests Gawain’s honor and fortitude through a long prank, as it were; the whole ordeal involves seduction, semantics, and a lot of kissing. This hazing period ends with Sir Gawain vowing to permanently wear a girdle. (As is often the result of hazing periods.) 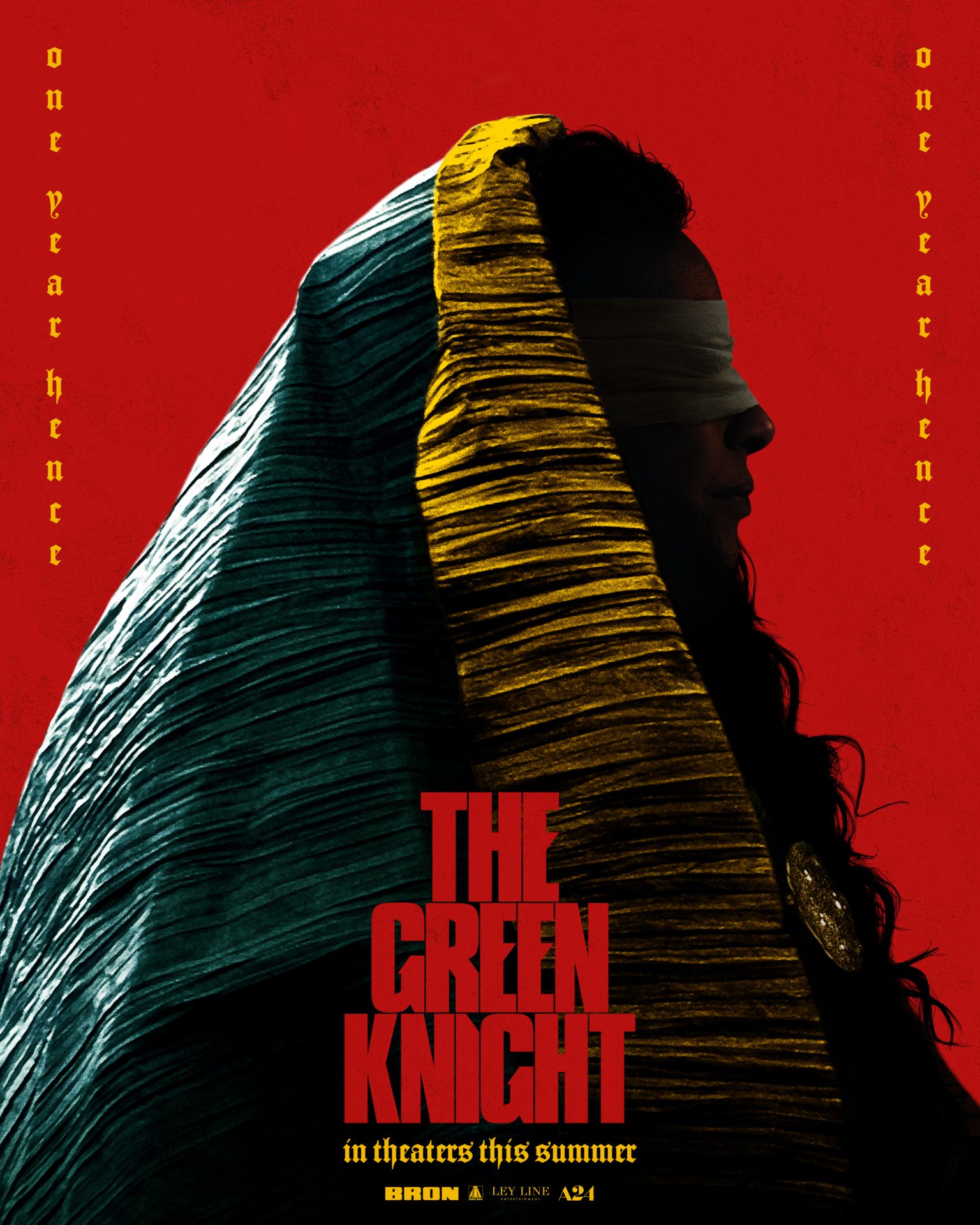 The film has cast Sarita Choudhuryki as a character called “Mother,” and that’s who this poster appears to showcase. However, her role as of yet remains mysterious. As does the wrapping of her eyes above. 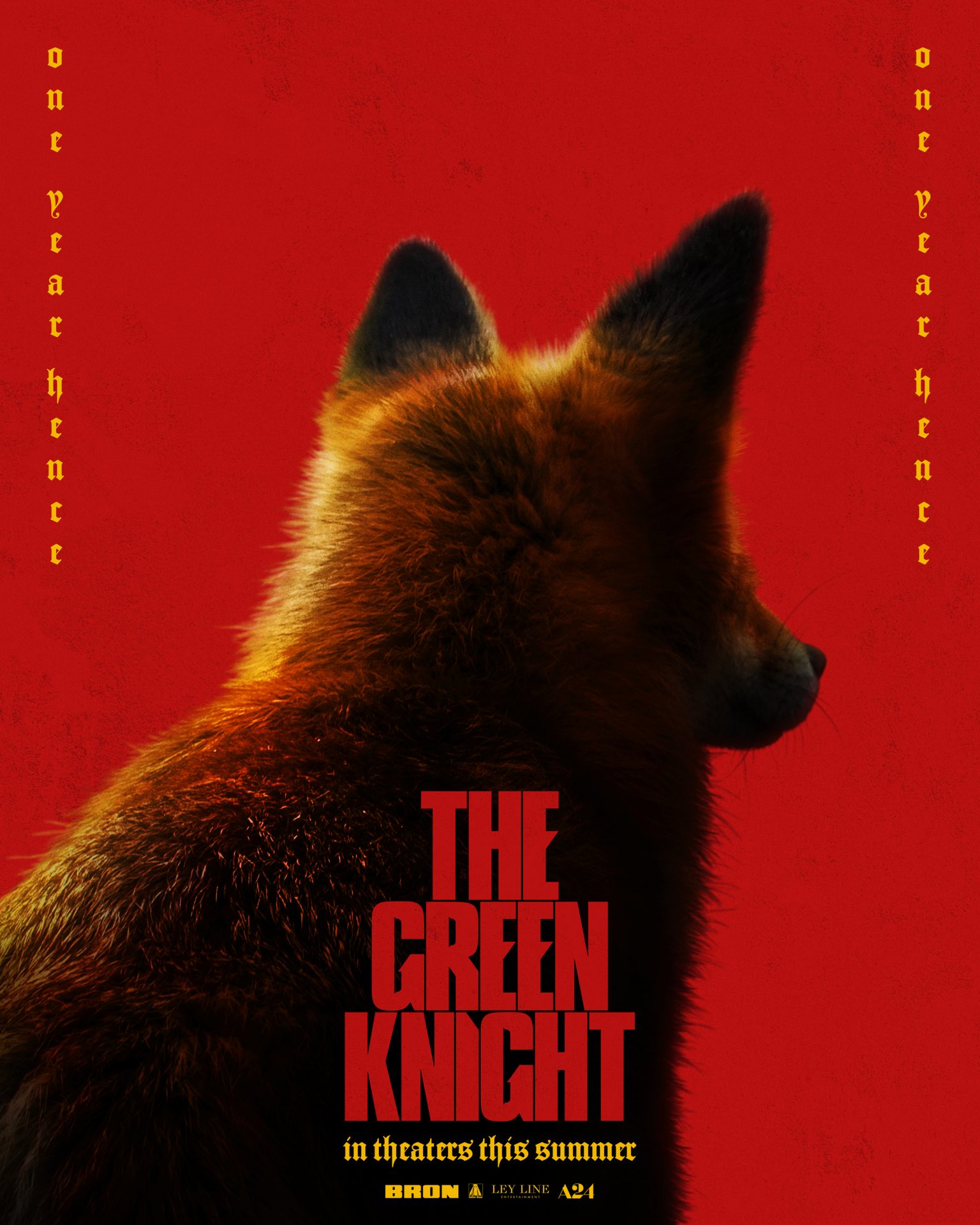 By virtue of his deal with the Lord, Gawain ends up the owner of a fox. Foxes are very cute and we are happy to have them in this story.

The Green Knight will hit theaters at long last on July 30.