Ah, Green Day. One of those generation-defining bands that moves back into the pop culture conversation every few years to remind us why they’re such a musical force. Whether they’re busting onto the scene with an album like Dookie or turning their anarchist vendetta American Idiot into a Broadway musical, they’re a band that always has something big and new to say and offer to fans.

Now, Green Day is back with a brand new album, titled Father of All… It’s their 13th studio album and their first new effort in four years, and has been garnering mixed-to-positive reviews from critics. Never a band to skimp out on making an impression, Green Day arrived back on the scene with an impressive new music video, timed with the album’s digital release.

“Meet Me On The Roof” is the third single off of Father of All… but the first video released with the album. It features a familiar face: Gaten Matarazzo, who you probably know as Dustin on the Netflix series Stranger Things. In the video, Matarazzo plays a lovesick middle school boy who attempts a motorcycle stunt to impress his crush, who has a thing for a celebrity stuntman named “Mad” Willie Jackson. (“Mad” is played by Green Day’s lead singer, Billie Joe Armstrong.)

The song title is literalized in the video, as Matarazzo puts fliers throughout the school asking his fellow students to “Meet Me On The Roof” for his motorcycle stunt. When the big night comes, the whole school shows up—along with Green Day, who are performing. His first attempt fails and he’s about to give up, when Mad appears out of nowhere to offer a pep talk. The encouragement works, Matarazzo pulls off the stunt, and he even gets a kiss from the girl of his dreams. 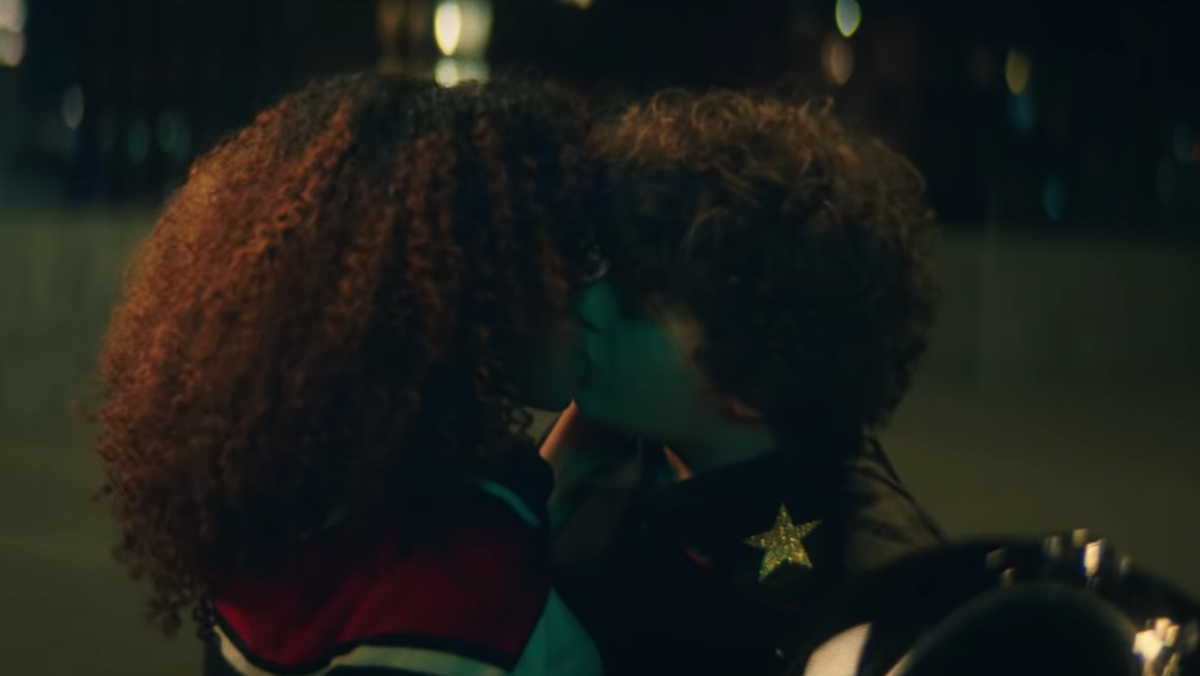 It’s a really adorable video that perfectly captures the buzz and thrill of being young, in love, and willing to risk it all for your crush—even if it means eternal embarrassment and the possibility of broken bones. It’s that manic Green Day energy, bottled and brewed by directors Brendan Walter and Greg Yagolnitzer.

The release of Father of All… coincided with some big news for Green Day. In addition to the video release, the band also appeared on The Ellen Show this week, where they participated in a cooking segment with Snoop Dogg and Martha Stewart. They also performed their single “Oh Yeah!” on the talk show.

If you’re a big Green Day fan, you have a lot to look forward to this year. The band is teaming up with Weezer and Fall Out Boy for the Hella Mega Tour which kicks off its North American leg on July 17 in Seattle and finishes up August 29 in Philadelphia. For tickets and information about the Hella Mega Tour, head to the official website to find more dates and details.

Father of All… was released February 7 and is currently available for purchase and to stream.