GRAPHIC NOVEL ADVENTURES are a Compelling Blend of Choose Your Own Adventures, RPGs, and Escape Rooms - Nerdist

GRAPHIC NOVEL ADVENTURES are a Compelling Blend of Choose Your Own Adventures, RPGs, and Escape Rooms

If you catch me in between games on a Wednesday night, I’ll drone on about the ‘choose your own narrative revolution’. This isn’t a real thing; I made it up. But there’s no denying something’s afoot. Every week a new escape room game hits the market. Every quarter a new T.I.M.E Stories module is released. Every…well, I don’t know how long but smart money is on a follow up to House of Danger.

Now we have the Graphic Novel Adventure series from Van Ryder Games.

This is just as it sounds. These are hardback graphic novels of various styles and settings. As you traverse their pages you will make decisions – “do I rob the shady merchant or fork over the rare dragon pendant?” – and these will have consequences. It’s story, visually unfolding panel by panel based on your decisions. Oh yeah.

The systems employed are relatively familiar tabletop mechanisms condensed for the format. Captive, a dark tale of kidnap and sacrifice, allows you to build your protagonist with points spread among three attributes. The werewolf epic Loup Garou has a surprisingly developed skill tree. Sherlock Holmes: Four Investigations has no stats at all, but it does allow you to embody either Dr. Watson or Holmes himself, each offering different branching options in the story.

Spread across these five novels are various streamlined systems which impart action and afford control. The rules are typically featured in the opening cover before diving into the story proper. As you begin reading you will either be presented with a decision point in a text box, or you may spot a number placed conspicuously in the illustration. These numbers correspond to panels that you will then flip to and be on your way. 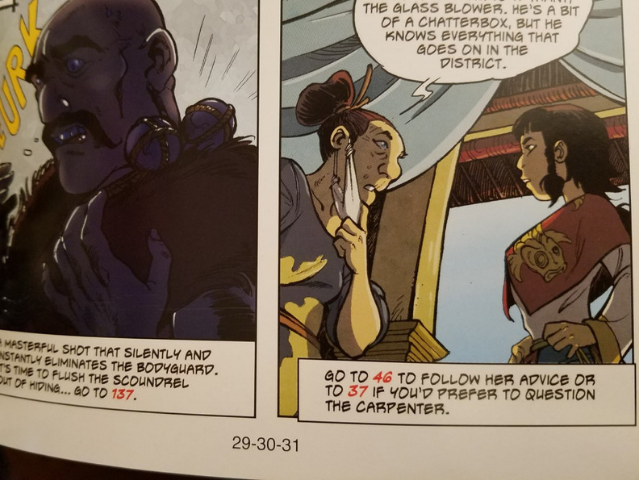 The format of flipping through a book is a challenge in of itself. While panels are numbered, you have to be careful not to cheat or eyeball locations you haven’t visited yet. To alleviate this burden the panel numbers are printed at the bottom of the page.

That act of continually flipping, while necessary, can also prove burdensome. When travelling across a stretch of desert you may need to flip 40 pages forward to find a single pane. That illustration then directs you 10 pages backwards to another, and so on. This constant shuffling conveys distance and travel but it can also wear on your commitment.

This ingrained fiddliness is extended with the western adventure Your Town. This novel is wildly different. Instead of specific character stats or specializations, you actually build and develop a township. You’ll choose which buildings to erect and how best to manage your income. It’s relatively sophisticated for the format and will have you spending a significant portion of time running through notes and balancing ledgers.

While optimization and balancing a budget are an enticing change of pace, this highlights the limitations of the composition. The adventures flow best and achieve their greatest potential when the mechanisms fade and support the ongoing narrative. When the formula is flipped and the emphasis placed on out of book sub-systems, it becomes strained and overcomplicated. 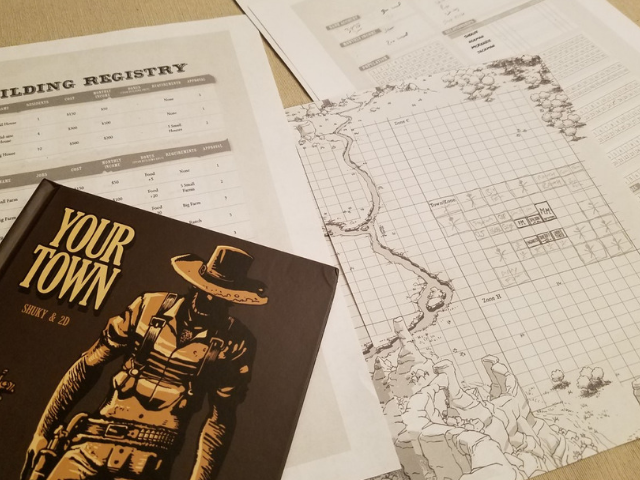 Fortunately, the rest of the series absolutely nails it. Captive achieves delicate immersion by offering a twisted setting of labyrinthine mansion. You will get turned around within the interiors halls and the tension will beat you across the skull.

Sherlock Holmes presents a strong variety in challenges and a great laissez-faire atmosphere. The mysteries are compelling and you achieve a sense of clever as you piece the breadcrumbs together.

Loup Garou feels akin to a fantasy RPG with colorful characters and a brutal climax. The set pieces and locales you visit ramp up considerably with a surprising narrative arc that takes you by storm.

Finally, Tears of a Goddess places you in the shoes of a bounty hunter attempting to recover stolen relics. The Japanese setting is full of mysticism and drama, placing you on edge and challenging you to overcome an army of foes.

This format rocks. It certainly faces challenges, such as replayability, but it offers enough story hooks and engrossing detail to keep your blood flowing. Each run through of a book will take roughly an hour or two, but you’ll likely be murdered or achieve a non-satisfactory result.

Most adventures will require multiple plays to attain success. Your second or third go through a story will be slightly less magical at times with a dose of repetition, but there are enough decisions and narrative forks to maintain interest. 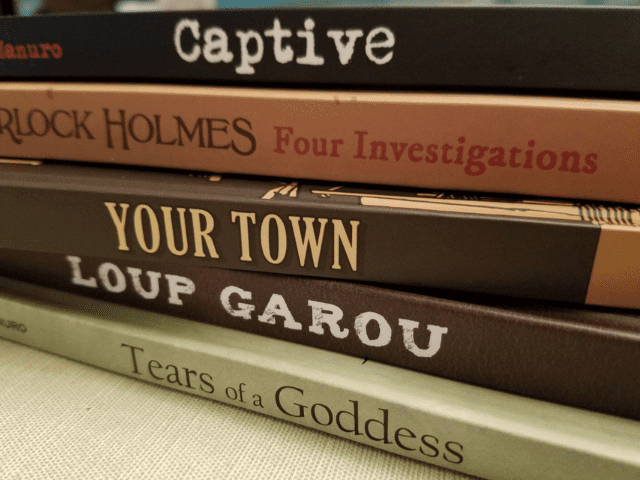 The elephant in the room is chicanery. A system such as this, which is explicitly played solo, offers an enormous temptation to cheat. This will hit you, I guaran-damn-tee it. Tears of a Goddess particularly features several key moments where a simple wrong decision leads to doom. When you’re flying along and riding the wind, a seemingly innocuous choice leading to a TPK feels like a boot to the crotch.

So, maybe you cheat. The design holds up if you play it like Abe and maintain the straight and narrow. But sometimes you will just want to head back to the previous panel and reverse a poor choice. All is fair in love and war and choose your own adventures.

This style of game is effective and unique. It’s frankly astounding no one’s come up with this prior. Nevertheless, we’re in the ‘choose your own narrative revolution’ so crack a book and keep your eyes peeled.

Have you tried the Graphic Novel Adventures? Let us know in the comments!  And be sure to join host Becca Scott on Game the Game every Thursday here on Geek & Sundry to watch the best boardgames played with fantastic guests!