Eric Powell’s the Goon is one of the most celebrated cult comics of all time, and to commemorate the title’s 20th anniversary creator Eric Powell shared some exciting news, and exclusive pages with us! The Goon will be relaunching at Powell’s imprint Albatross Funnybooks, and it will be one of the flagship titles of the new expanded publisher. 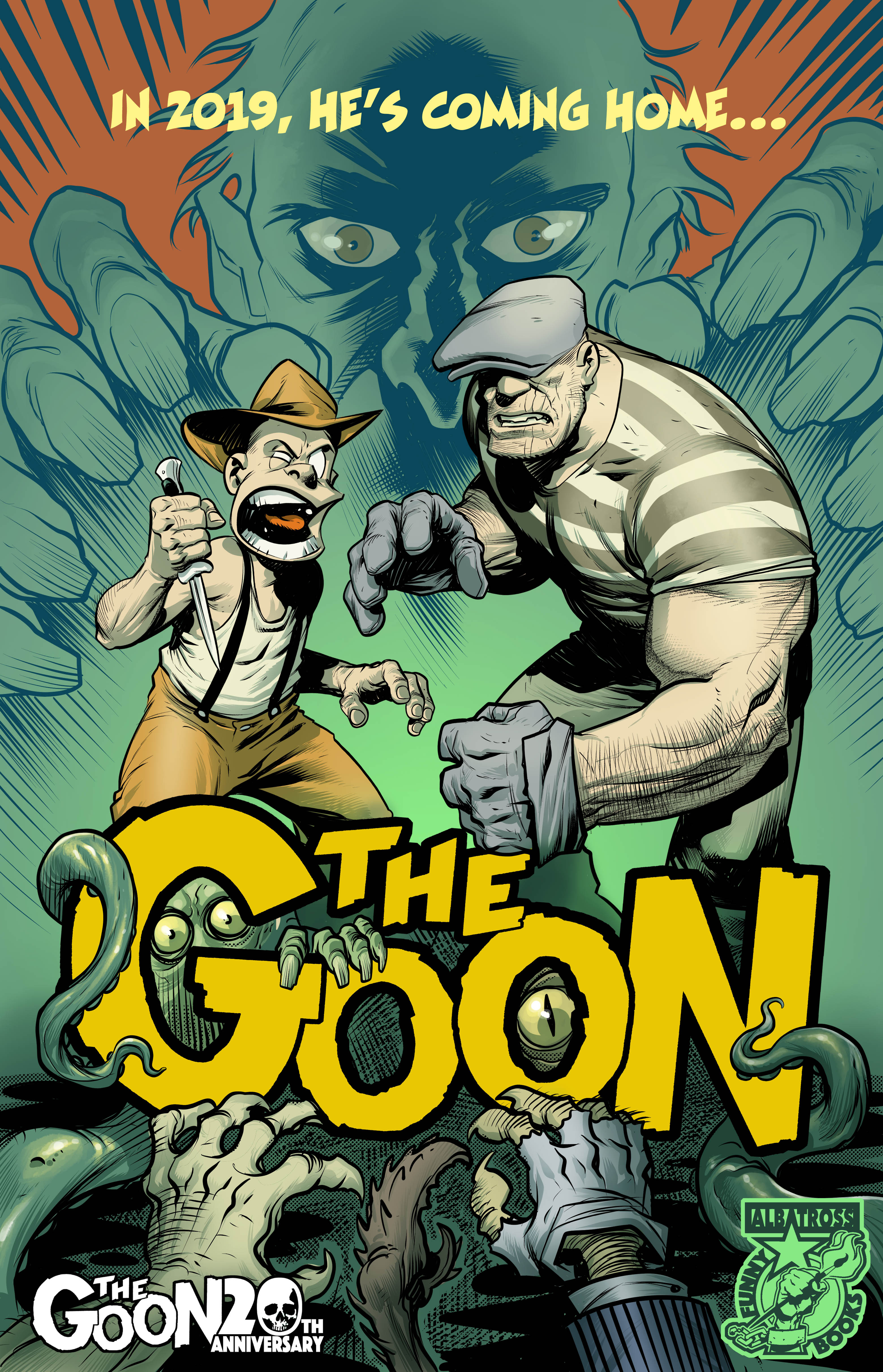 Powell also shared a whole bunch of brilliant exclusive pages with us from two ofÂ Albatross Funnybooks’ other ongoing titles Spook House 2–including stories by Eric Powell, William Stout, Dave Johnson, Jon Adams, Brett Parsons and more–and Megaghost by Gabe Soria and Gideon Kendall. These both look like super fun Halloween reads and definitely live up to Albatross’ promise to create exciting, eclectic books for all audiences, you can read even more of both comics in the gallery below! 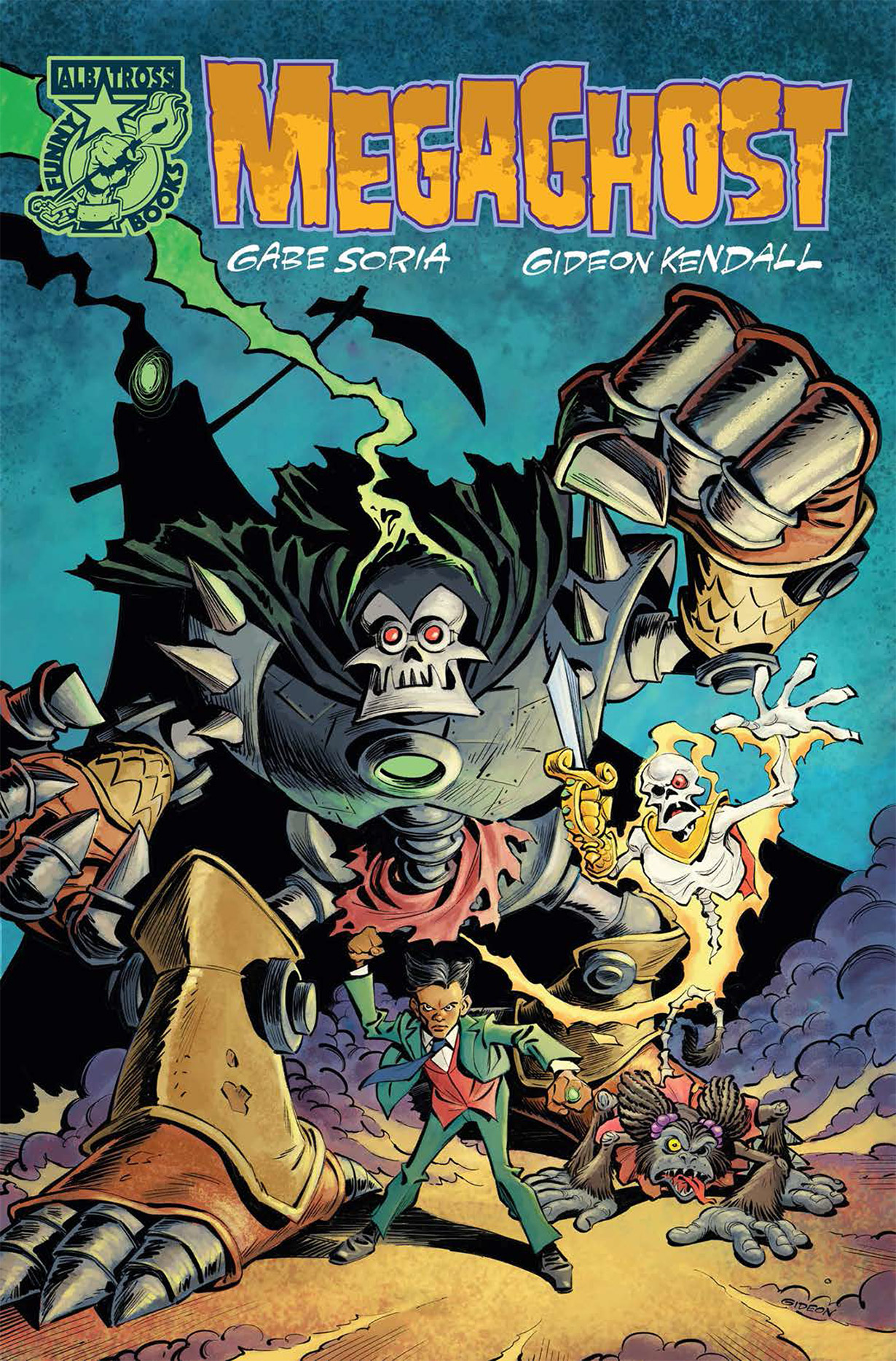 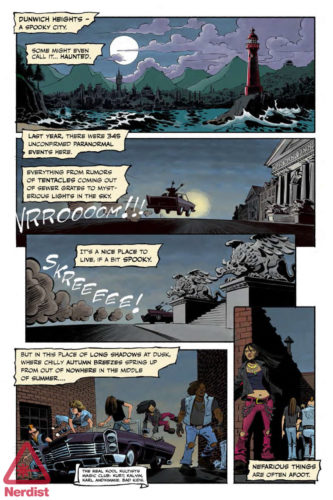 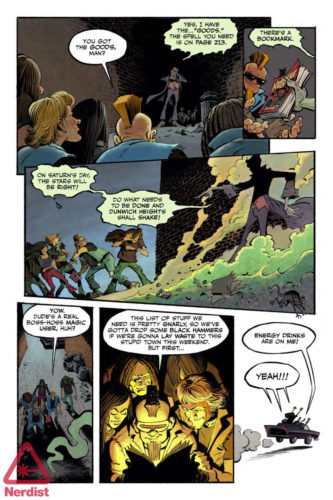 Powell told us “The relaunch of the Goon, itâ€™s return to Albatross Funnybooks, and all in time for the bookâ€™s 20th anniversaryâ€¦ it couldnâ€™t get more meaningful for me. Turning Albatross into a full fledged publisher instead of a side imprint was a big experiment with a lot of risks. The fact that we feel confident bringing the full library of my flagship title over going into our third year of expansion fills me with excitement and a new enthusiastic energy for whatâ€™s to come.As itâ€™s obvious to see with the Albatross lineup of Hillbilly, Spook House, â€˜Namwolf, Galaktikon, Grumble, and Megaghost, we focus on making fun, eclectic comics that stand out for their individuality and creative quality. Itâ€™s with this idea of keeping the fun in our Funny Books that we are steering this new Goon series. Iâ€™m returning to the roots of the series with a heavy emphasis on the weird, twisted humor the book has been known for. The world around us is dark enough right now. I want to make readers laugh and forget their troubles for a little bit. It definitely feels like itâ€™s time for the Goon. 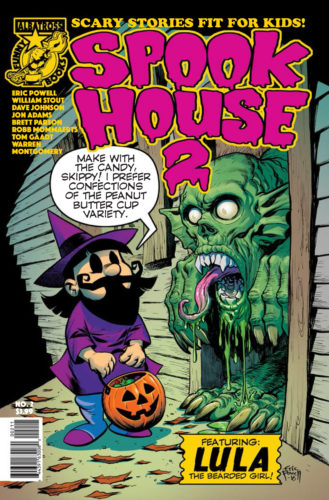 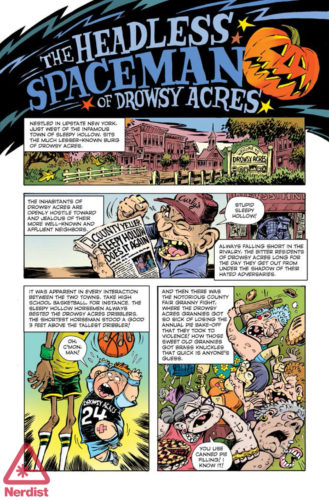 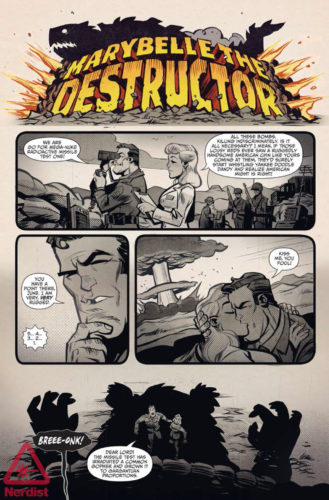 Powell continued “And as I now am not just the creator of the Goon but also the publisher, I need to make sure our readers get their Goon fix on a regular basis. To that end, weâ€™ll be bringing new creators on to the regular series for first time ever! Youâ€™ll not only be getting Goon books written and drawn by me, but some written and drawn by some of the best talent in the industry! We will be making announcements in the months to come, but, boy, I canâ€™t wait to show off some of the art we have in the works!!! I think this artist might draw Goon and Franky better than me! And just wait until you hear whoâ€™s writing a script for me to draw! Itâ€™s one of the best daggum creators in the business, yaâ€™ll!So hang onto your butts! 2019 is gonna be the year of the Goon! And we’ll be seeing you at the Goon 20th Anniversary Party in Nashville! We know you like to party.”

Are you a huge Goon fan? Excited that Powell is now the publisher of his own creation? Just want to get in on some of that good spooky halloween comics content? Jump into the comments and let us know below!Spook House 2 #2 is in shops on October 10th and Megaghost hits shelves on December 12th! 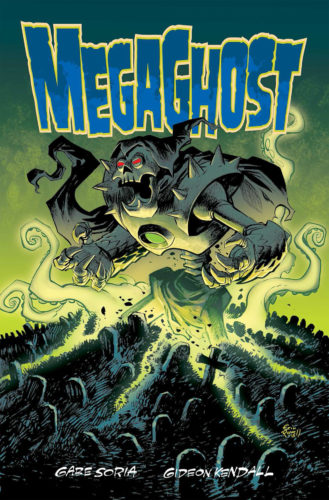 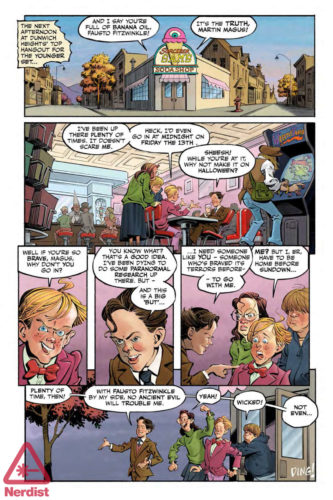 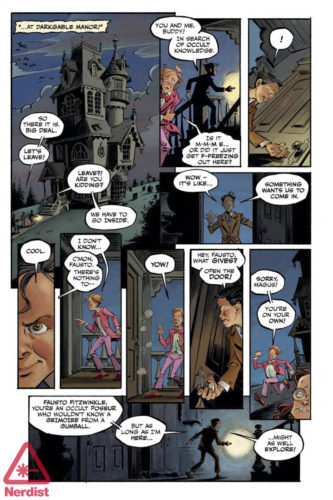 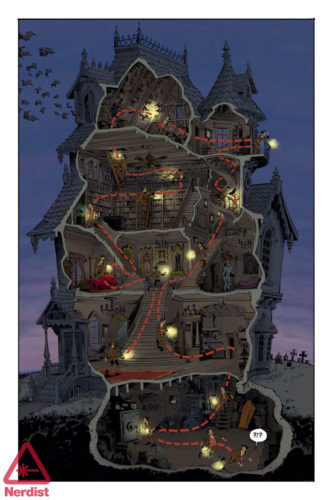 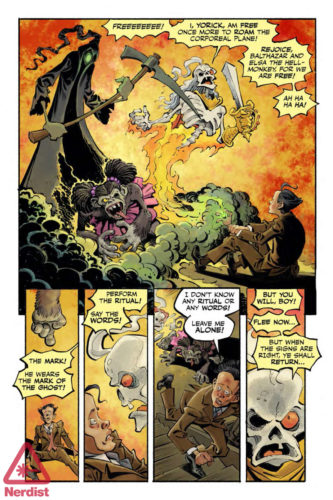 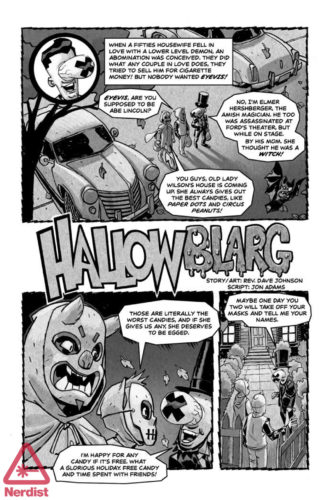 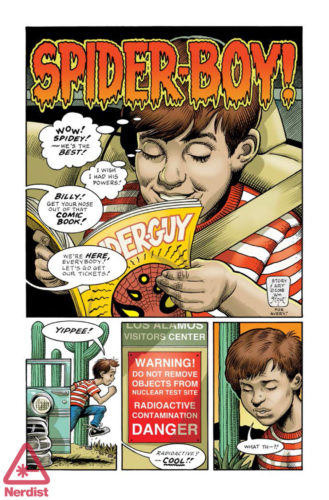 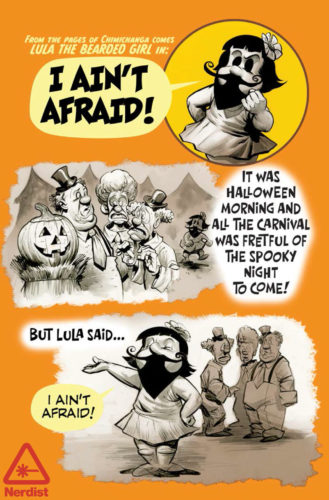 Is Shuri the New Black Panther? The Marvel Comics History of the Role Explained