There’s been an enormous amount of progress in language-generating AI’s over the past couple of years. OpenAI’s GPT-3, for example, is a language generator that’s been trained on 570 gigabytes of text, and is able to write astoundingly convincing essays. Google, of course, is working on language generators too, and its latest one helps you write like a legendary poet. Sort of.

Google’s new AI tool, Verse by Verse (which comes via Boing Boing), allows users to compose a poem using “suggestions” from classic American poets. The AI generates these suggestions based on what it’s gleaned from reading the poets’ respective oeuvres. I.e. the program uses machine-learning algorithms to identify the language patterns of a particular poet’s work, then applies those to text it generates as the suggestions.

The tool works by allowing users to select from 22 American poets for the suggestions; including legends like Walt Whitman, Emily Dickinson, and Edgar Allen Poe. After a user has selected up to three poets, they then pick the type of poem they’d like to write. The program offers poetic forms including free verse and quatrain, and even allows users to select the number of syllables per line.

Users then give the program a first line, and it, in effect, generates the rest of the poem. The AI makes suggestions line by line, however, making it more interactive than other top language generators out there. This essay generator, which utilizes OpenAI’s GPT-2 program, for example, also asks for an initial line from a user, but then goes on to do all the subsequent writing on its own. 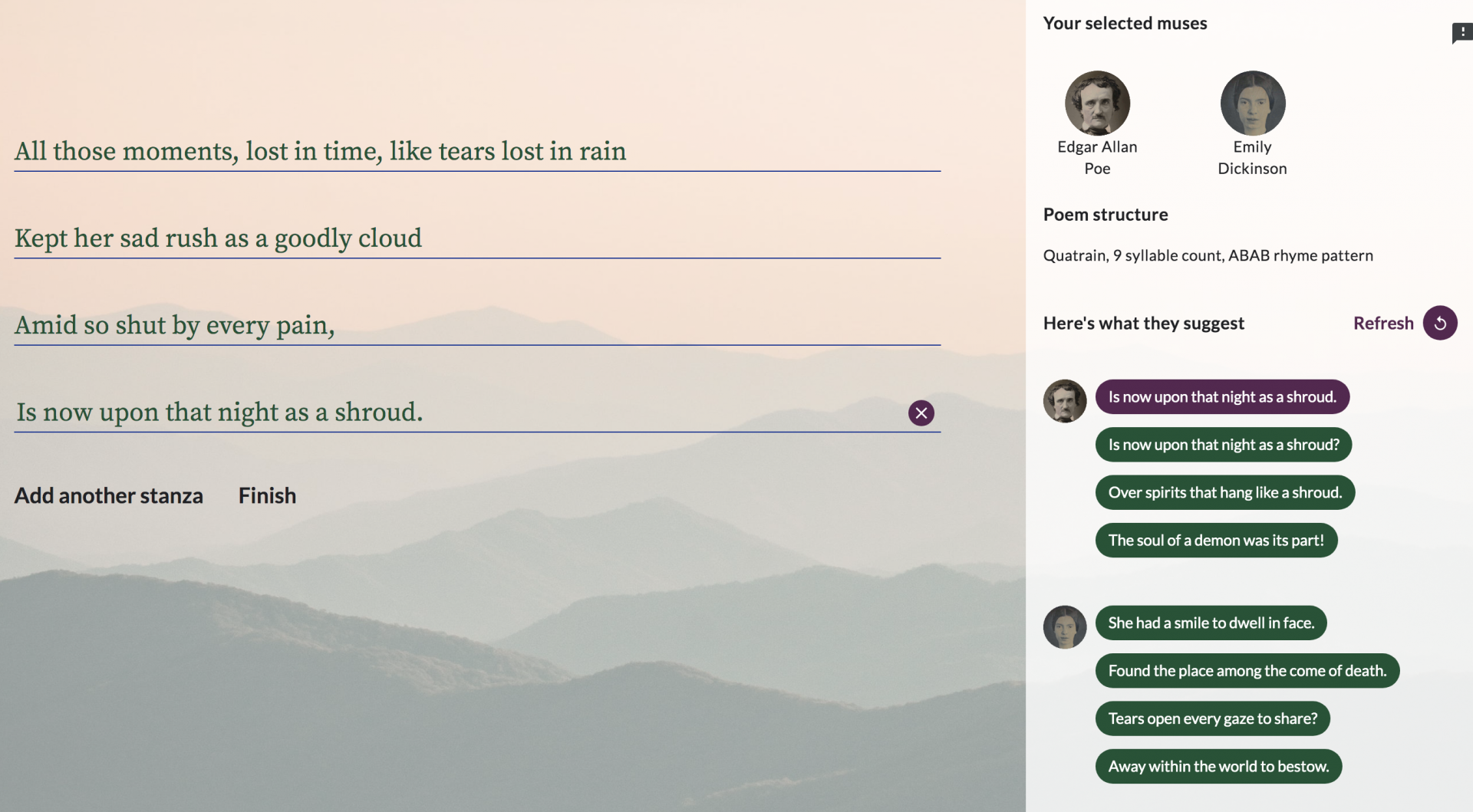 As far as results, they’re interesting, but not nearly as impressive as GPT-3’s writings, in our humble opinions. While each line suggestion itself sounded like its source poet, the lines often didn’t match well for us; they certainly rhymed, but after assembly, didn’t make much sense together. Or at least offer any of the profound feelings and insights poems offer. 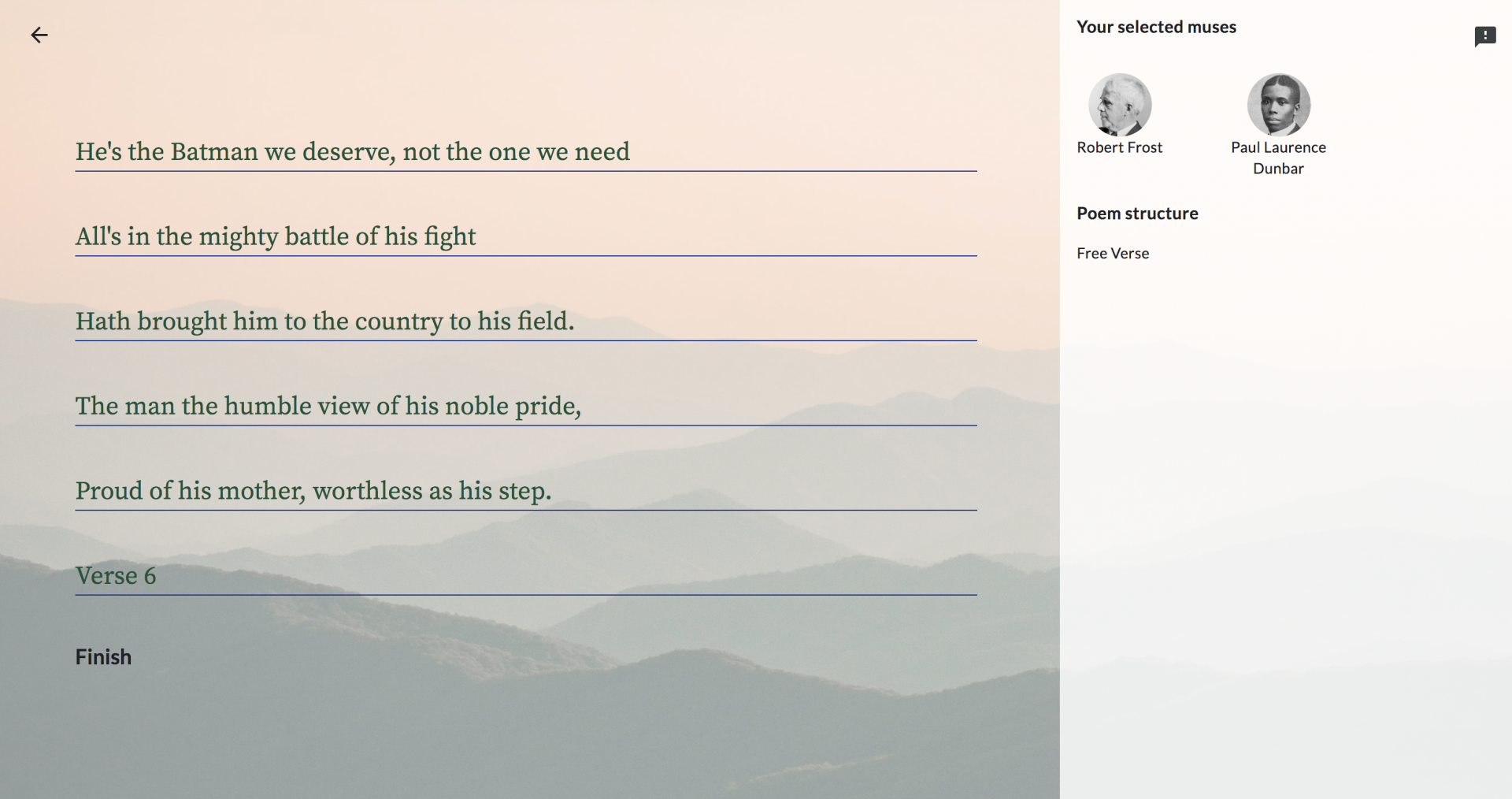 We tried multiple starting lines, including approximate quotes from Blade Runner and Batman Begins. Above and below are the results of those prompts. Although we recommend messing around with the AI tool for yourself. After all, the whole point of letting users have at Verse by Verse is, presumably, to help the AI eventually become legendary itself.