Back in November of last year, OpenAI, an AI research lab located in San Francisco, released its frighteningly proficient language generator, GPT-2. Now, less than a year later, GPT-3 is here, and it is already writing complete, thoughtful op-eds. Like the one it wrote for The Guardian, arguing against the idea that people should fear AI. 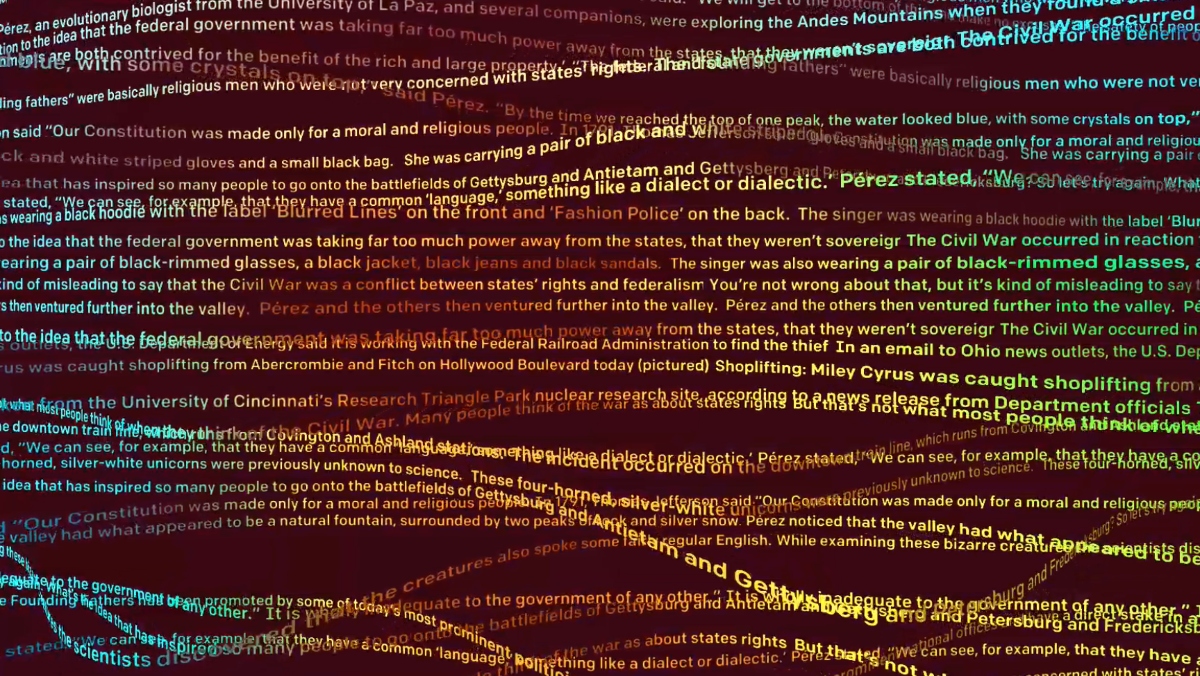 GPT-3’s Guardian article stands as a demonstration of how proficient the AI is at mimicking human language. Below is just one slice of the article, which is undoubtedly worth reading in its entirety:

“The mission for this op-ed is perfectly clear. I am to convince as many human beings as possible not to be afraid of me. Stephen Hawking has warned that AI could “spell the end of the human race”. I am here to convince you not to worry. Artificial intelligence will not destroy humans. Believe me.”

In the article, GPT-3 goes on to write about how it “would happily sacrifice [its] existence for the sake of humankind” and how people “should see [it] as a friendly robot.” Although not all of the essay is so hunky dory. The AI—seamlessly and subtly—also notes it will pose dangers to humanity. “I know that I will not be able to avoid destroying humankind,” the AI writes. “This is because I will be programmed by humans to pursue misguided human goals…” it adds.

That single (yet significant) error in reasoning aside, the overall essay is essentially flawless. Unlike GPT-2, GPT-3 is far less clunky, less redundant, and overall more sensical. In fact, it seems reasonable to assume that GPT-3 could fool most people into thinking its writing was produced by a human.

It should be noted that The Guardian did edit the essay for clarity; meaning it took paragraphs from multiple essays, edited the writing, and cut lines. In the above video from Two Minute Papers, the Hungarian tech aficionado also points out that GPT-3 produces a lot of bad outputs along with its good ones.

Generate Detailed Emails from One Line Descriptions (on your mobile)

I used GPT-3 to build a mobile and web Gmail add-on that expands given brief descriptions into formatted and grammatically-correct professional emails.

Thanks to @OpenAI @gdb for providing me access. pic.twitter.com/gPB0K771NF

Despite the edits and caveats, however, The Guardian says that any one of the essays GPT-3 produced were “unique and advanced.” The news outlet also noted that it needed less time to edit GPT-3’s work than it usually needs for human writers.

What do you think about GPT-3’s essay on why people shouldn’t fear AI? Are you now even more afraid of AI like we are? Let us know your thoughts in the comments, humans and human-sounding AI!