The GOLDEN GIRLS House Is Up for Sale - Nerdist

The GOLDEN GIRLS House Is Up for Sale

The iconic house featured on the beloved sitcom The Golden Girls is up for sale! According to Variety, this is the first time in 65 years that the Brentwood, California home has been available for purchase. The asking price? Just a little under $3 million—a pretty sizable number for a home that’s under 3,000 square feet. Looks like fame comes with a steeper asking price.

Fans will recognize the house as the one used for exteriors in the NBC series, which ran from 1985 to 1992. In the show, Blanche Devereaux (Rue McClanahan) invites her friends, fellow widow Rose Nylund (Betty White) and divorcée Dorothy Zbornak (Bea Arthur), to live in the home with her in Florida. Dorothy’s 80-year-old mother, Sophia Petrillo (Estelle Getty) also moves in after her nursing home burns down.

While the interiors shots of The Golden Girls house were filmed on a soundstage, the private Brentwood residence used for exteriors became famous in its own right—à la the Brady Bunch house and other real-life homes used for television exterior purposes. 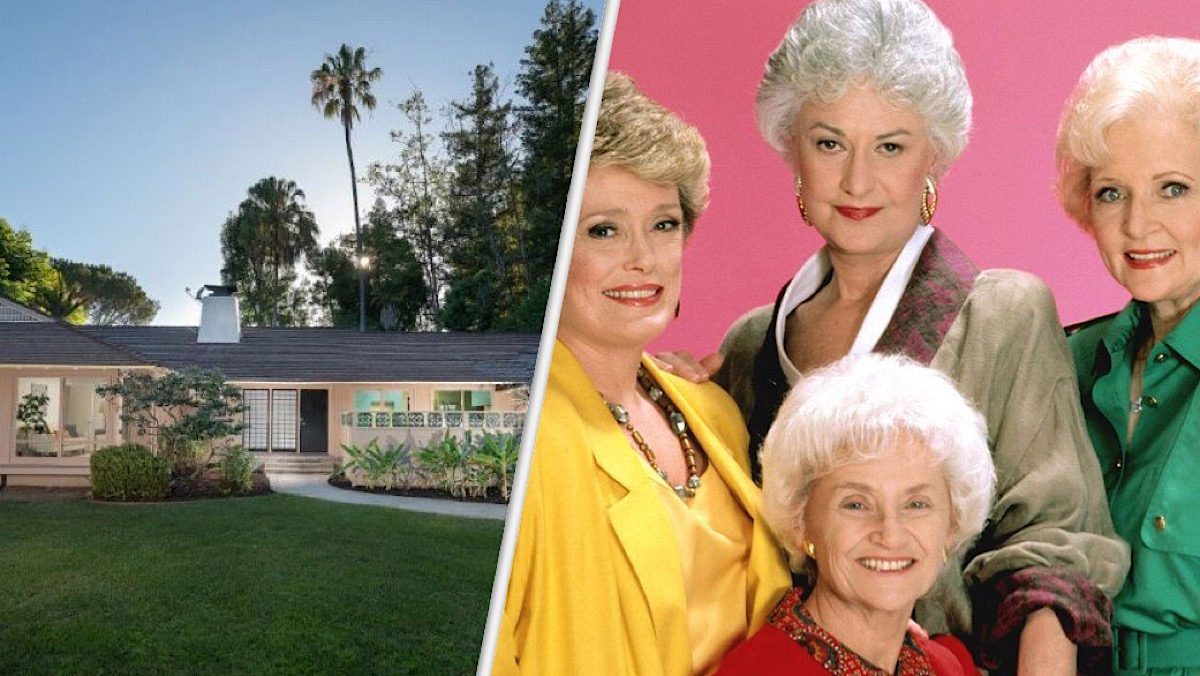 The house contains 3.5 bedrooms and is described in its style is described in the listing as “a tasteful blend of Japanese and Hawaiian plantation styles.” It was constructed in 1955 by SoCal Edison attorney David Noble Barry III and his wife Margaret Carr Barry, who based the design on a midcentury modern home that David’s father lived in in Hawaii. The couple lived in the house until their deaths in 2017 And 2019. It’s now being sold through a trust.

According to Variety, the home and its grounds are also dotted with unique foliage, as the couple collected exotic plants. The interiors also stand in stark contrast to the ‘80s-fabulous pink and blue hues seen in the show; this is way more of a standard, clean-lined midcentury modern home than the one The Golden Girls lived in.

You can see more interiors and get more information about the iconic house here at real estate website Dirt.