Nobody throws down quite like Godzilla. Whether destroying Tokyo (and environs) or protecting it from alien invaders, the radio active lizard king is the undisputed champ. Even after 67 years, Godzilla has kept his title belt for almost all of it. An impressive record for any combatant. The good folks at TokuSHOUTsu and Shout! Factory TV want to help all you Godzillaphiles out there relive some of the big guy’s best moments. This Wednesday, November 3, 2021, enjoy a 48-hour kaiju marathon, followed by four-movie marathons every Friday. They’re calling it Friday Night Kaiju!

TokuSHOUTsu will stream 17 classic kaiju films, most of them featuring Godzilla. Beginning Wednesday, November 3 (which is Godzilla’s birthday, don’t ya know), at 12 midnight, you can enjoy two days straight of kaiju antics and mayhem. Beginning with the original Godzilla, subsequent films, including Godzilla Raids Again (1955), will air in chronological order. In addition to 15 Godzilla movies, the marathon will also include the 1956 feature Rodan and the 1966 film The War of the Gargantuas, one of Brad Pitt’s favorite movies. Fun fact. 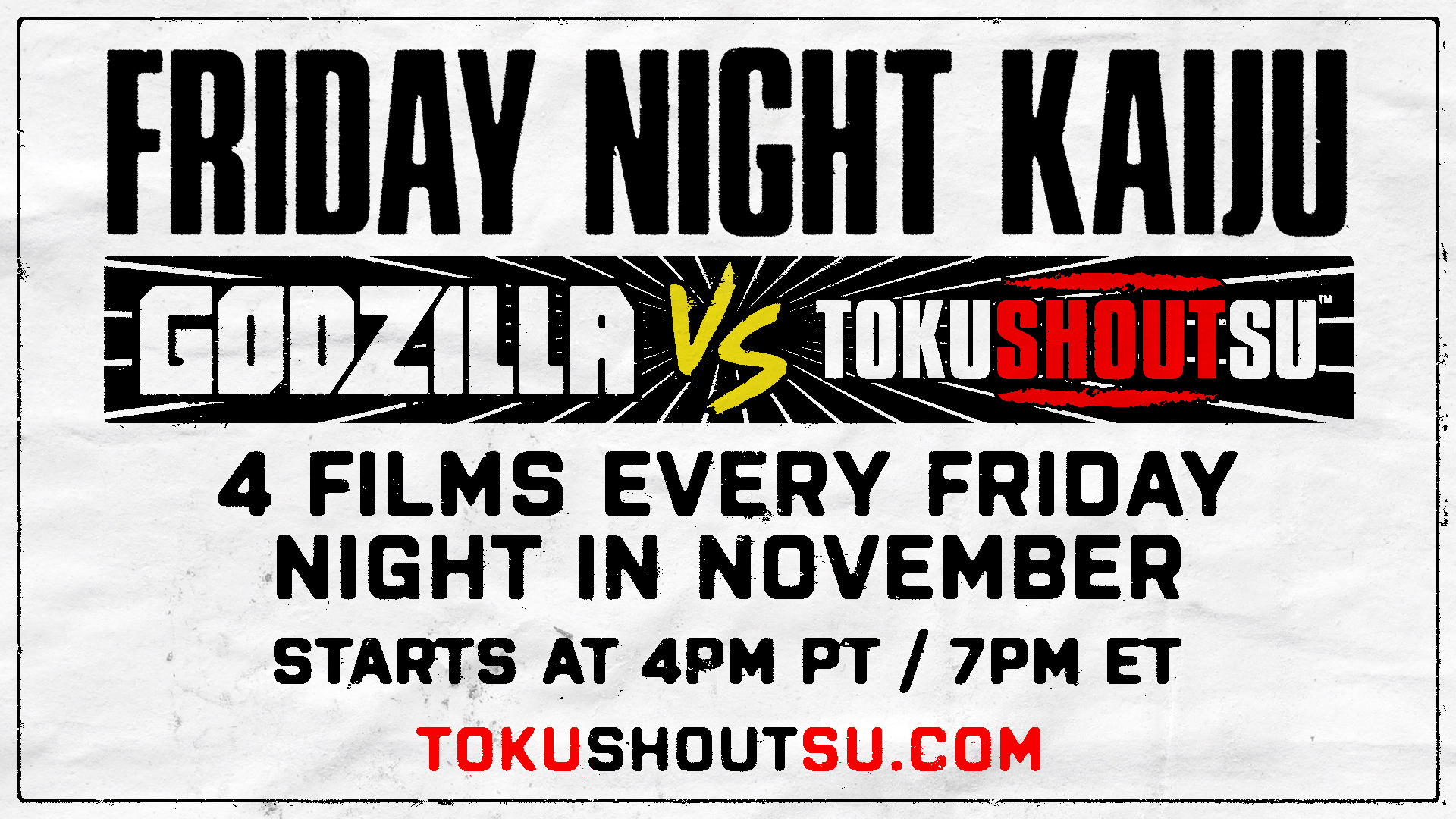 Don’t worry if you can’t make the marathons (hey, everybody has their own schedules, right?). All 17 of the movies are also available on-demand to watch any time you want via ShoutFactoryTV.com or on the Shout Factory apps. Do you mostly watch stuff on Tubi? Well you can find them there too.