GMs: Enrich Your Games Using Conspiracy With These Tips - Nerdist

GMs: Enrich Your Games Using Conspiracy With These Tips

GM Tips is our series to help Storytellers and Game Masters improve their craft and create memorable roleplaying experiences. Last week, we got started with fresh level 0 campaigns and now that we have a single setting, apprentice characters, let us discuss the final element of a city campaign—conspiracy themed campaigns!

Cutting the eyestalks off Beholders does get tiresome after a while (contrary to my players’ objections). As storytellers, campaign-after-campaign is largely filled with the same three elements of an encounter: a setup that involves some investigation, followed by a puzzle to solve, and ending in a climactic battle. If you run this for a few years, you’ll get tired pretty quick. Games at conventions or local games stores are particularly notorious for being hobo-murderfest games and revolve around the same act structure.

Adding conspiracy into your game shifts the entire battlefield off the playmat and into tangent whiteboard scribbled theories. With the right amount, your players may hesitate to kill the final boss, instead obsessing over whom it may be working for. Their downtime actions become infused with paranoia as the storyteller describes them as being watched by a rain-soaked figure down the street. Lastly, conspiracy games allow your players to self-generate their own plot letting the storyteller sit back and watch his sandbox grow.

Conspiracy games are my particular bread-and-butter next to Live Action chronicles and I tend to gravitate to Eclipse Phase or Dread as my preferred setting for them, but these tips can work for any campaign. Even game store murder-hobo chronicles.

An easy hack to ensure your game naturally proliferates conspiracy is simply to ensure that everyone wins. You do this by creating layered objectives for each faction involved in the quest. Take the basic D&D starter kit Lost Mine of Phandelver for example; you’ve got the Black Spider, the Rockseeker brothers, and a local village. Rather than have the adventure unfold as written, add three goals to each faction. Such as the Black Spider achieving victory if he gets the mine or while everyone’s attention is focused on beating him up, his doppelganger is stealing more maps from the Rockseekers.

You never want your villains to walk away from any encounter empty handed, with staying alive as a bonus. By keeping your villains from level 1 and growing them in the background with the characters, not only does attachment and true rivalries begin to form, but conspiracy will naturally fall into place. With each new storyline and more antagonists, a web starts to form in your notebook. Soon you’ll see allies like the Black Spider teaming up with the Harpers to share information to the players chagrin.

See To It Your Players Feel Watched 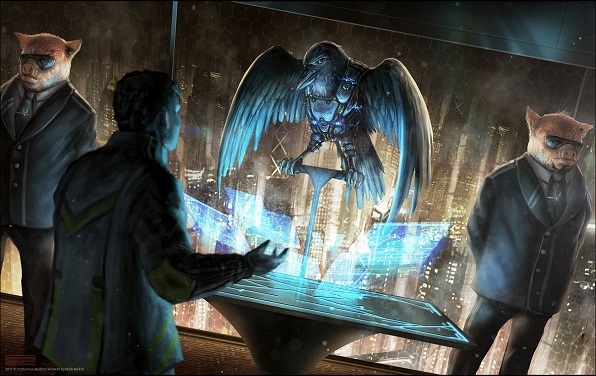 The characters are the heroes of the world and the players of fate; they destroy economies, slay the toughest foes, and always are the best looking in any town. As a GM, think of your entire world as a living sandbox, and start putting intelligence agencies on the characters. Fantasy settings are notoriously small and filled with gossip, so the local town guard or even a crazy person at the edge of the woods should always have their eyes on the characters. Even if there is no method or overarching reason as to why they are being watched, the feeling of paranoia is important in a conspiracy chronicle.

It also helps you as a storyteller craft more intricate plots. If a castle of knights has wizards scrying on all adventurers, then you’ve got the tools to make in-game plans based on character actions. Not all of them need to be instantly hostile to characters either. If the characters freed the Lost Mine of Phandelver, the knights could alert other nations of its pending release. Maybe six months goes by before another army claims it and the characters hear the tale of it. Which (hopefully) one of them players might ask… just how did they know?

You Have Control Over NPC Downtimes

The final tip is a bit of GM homework: if you are running Adventurer’s League or running a canned campaign module, you might not be used to writing down your NPC’s reactions, but you should start. After every game session, when your players go home and you’ve cleaned up all the mess, sit down with a journal and write down what your major players think of what just transpired. 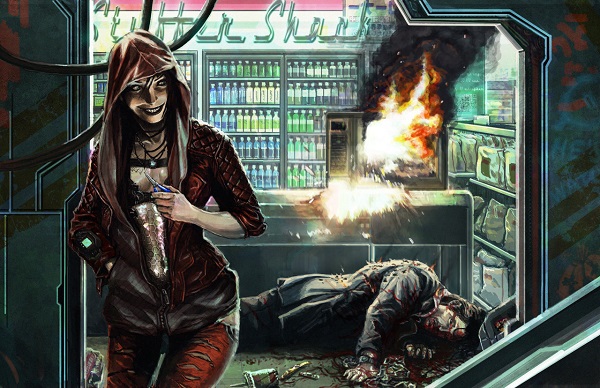 If you treat your world as a living sandbox, your game will feel richer and more vibrant to the players. This is achieved by putting real emotions behind factions and NPCs after every session. Is the local prince jealous of the players success? Did a group of freed slaves become enthralled with a players super-charismatic faceman? Then take the liberty of having them perform downtime actions. The only way to maintain a conspiracy setting is to have the world shift and grow with the players. World changing reactions are how players will start self-generation their own tinfoil hat theories, and once they start pin boarding NPC’s to the walls with little threads between them—your job is complete.

Conspiracy is my favorite genre to run, and I use a lot of Dread and Eclipse Phase for them, but what are your favorite conspiracy chronicles? Let us know in the comments below!