GAME OF THRONES-ify Your Lawn with a Giant Dragon - Nerdist

GAME OF THRONES-ify Your Lawn with a Giant Dragon

The most wonderful time of the year is just around the spooky corner— Halloween is almost here. We’re not sure how much we’ll be able to celebrate with others in 2020. But nothing will stop us from adorning our homes with our most macabre decorations. And this holiday season we’ll be able to put up one of the most frightening items we’ve ever seen. Home Depot is selling a giant, fog-breathing dragon for your front lawn. That’s not why it’s so terrifying.

It’s because it’s a scary reminder of Game of Thrones‘ final nightmare season. 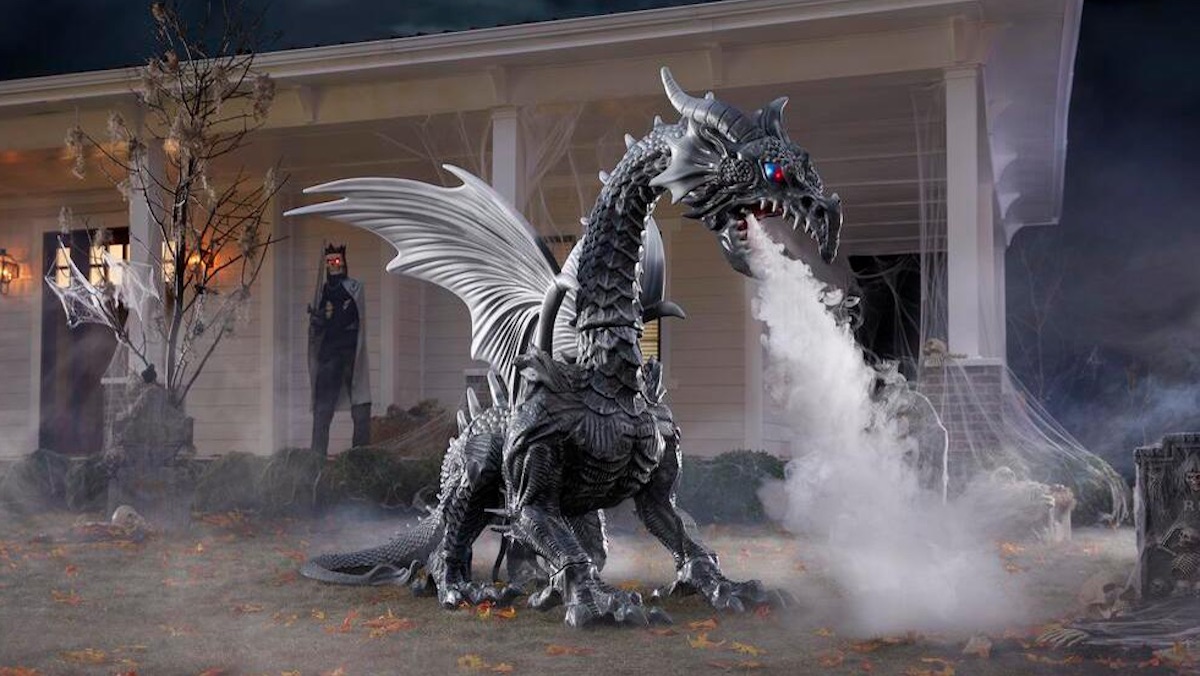 Home Accents Holiday’s “ Animated Giant Dragon in Grey without Fog Machine” (which we first learned about at Winter is Coming) stands a massive 69-inches. That’s 5-feet, 9-inches total. The interactive, moving decoration features dark-colored scales, a snarling mouth full of pointy teeth, and comes with blue eyes that glow red when the fog machine is activated. The only downside is that even with Home Depot’s hefty price tag of $399 the fog machine is not actually included. That’s how they getcha!

And seven bloody hells are they gonna get us. Photos don’t really do this huge item justice. It looms much larger than its impressive height indicates.

While the piece is not officially connected to Game of Thrones, it certainly looks like it was inspired by the HBO series. This dragon is very similar to Viserion after the Night King resurrected the felled dragon for his army of walking dead.

And that’s why this is the most terrifying decoration anyone will put up this Halloween season. Forget skeletons, ghosts, and monsters. Nothing will ever be as scary as  Game of Thrones‘ final season.

Hopefully they won’t start selling Halloween decoration that looks like King Bran. That might be too much for even us to handle.