Watch a Giant Anime Bear Trek Across America for Charity

Raise your hand if you are in need some of slightly odd yet extremely heartwarming news. (Don’t worry, you are not alone. I am raising my hand with you.) If you are that person, then you will love this story. There’s a giant stuffed anime bear making a long (and very hot) trek from Los Angeles to New York. And, not only can you cheer for him but you can also keep an eye on his cross-country journey. 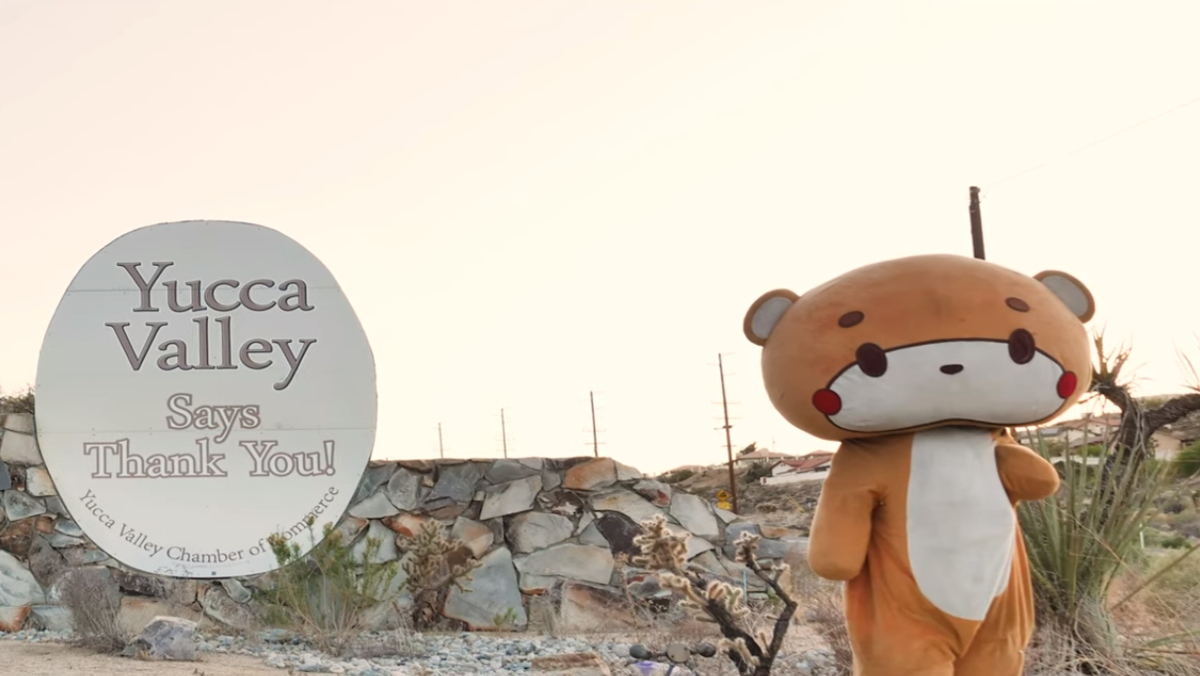 According to the Los Angeles Times, the character, Bearsun, is the creation of Jesse Larios, who obviously dons the costume. This big brown cutie already has 75,000 people following him on Instagram to keep up with his travels. I know you have so many questions right now. How did this become a thing? Why is he doing this? How can I keep up with him? Rest assured, there are actual answers to those questions.

Back in April, Bearsun caught folks’ eyes when he took a charity stroll from Los Angeles to San Francisco. It took him two weeks to make the trip as he nabbed donations and smiles alike. Things went so well that Larios is upping the ante with this big walk, which began on July 9.

And, once again, it’s for charity. A Bearsun website states his support for Autism Society for America, National Breast Cancer Foundation, Active Minds, Villa Esperanza, and Environmental Defends. It is not clear if he plans on supporting other charities or if there’s a specific goal in mind but it is a lovely thing to do nonetheless.

Instagram followers will get occasional updates, including a picture of Bearsun laying beside the road in complete exhaustion. However, Larios is using iSharing, a GPS phone location tracker, to allow people real-time updates on his location. It will be cool to look at both and track his mission until he reaches New York. And, just maybe, some lucky people will see a big bear braving the heat for a good cause. Stay safe and hydrated out there, Bearsun.