Oh, to Be an Animal Giant Asleep in a Field of Miniatures

These images may look like they come from a sanctuary for animal gods. But it’s really just an optical illusion. In a story we first saw on DesignTaxi, what we’re looking at are actually snaps from  Babbacombe Model Village and Gardens. 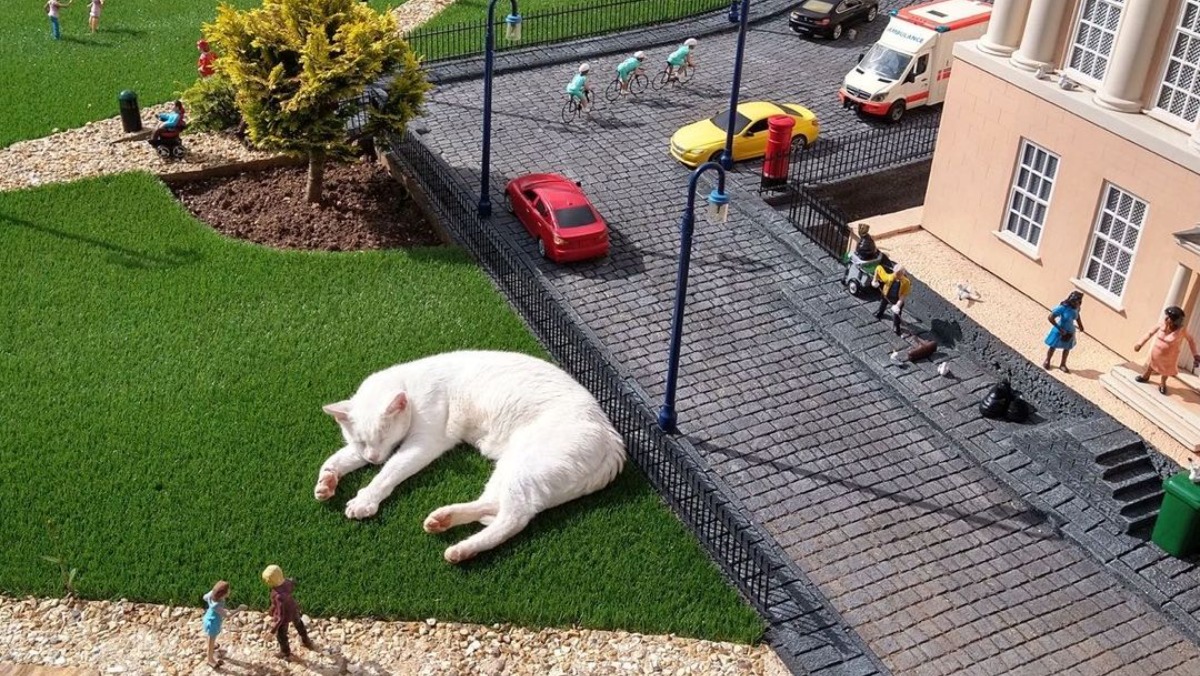 Babbacombe Model Village and Gardens, located in Devon, UK, is “a 4-acre miniature world full of model scenes.” There are “over 400 models of houses, stately homes, factories, shops, entertainment venues, and environmental features in these scenes. There are a variety of architectural styles from medieval through Shakespearean to Victorian, along with railways, vehicles, and some well-known monuments and landmarks. Not forgetting, of course, 13,000 miniature people who live in the village.”

But beyond that, lucky visitors might be blessed with animal visitors keen for a nap in the warm sun.  Mike Rhodes, the general manager of Babbacombe, explained to My Modern Met, “We have a couple of cats who visit us quite often… It is always funny when we capture them in such a position.”

Aside from feline friends, the Model Village also plays host to some inquisitive ducks. One whole duck family even visited once. The duck chicks were only a hair bigger than the people populating the village. We just hope the geese stay away. They’d probably be the supervillains in this story.

In reality, these animal friends would seem just like what they are. Only normal-sized creatures in a sea of small things. But captured in pictures, the optical illusion of it all kicks in.

It really does look like a sleeping cat has decided to lay down in the middle of a road. We bet if cats were giant, that’s exactly what they would do, though. But, honestly, judging by the gentleness of these creatures, we wouldn’t mind this not being just an optical illusion. It seems like a nice reality. In the meanwhile, though, we’ll just enjoy dreaming of giant cats.