While fans have debated over the years which particular team of Ghostbusters they’d like to see more of, from O.G. movie crew to animated iterations, “Answer the Call” all-female team, or more recently a new generation, nobody seems to have considered the possibility of robot Ghostbusters…until now. As 2019’s New York Toy Fair begins to kick off, Hasbro has revealed a first look at Ectotron, and yes, this ‘bot is a Ghostbusters Transformer, who goes from proton-pack armed robot to Ecto-1 in 22 steps. 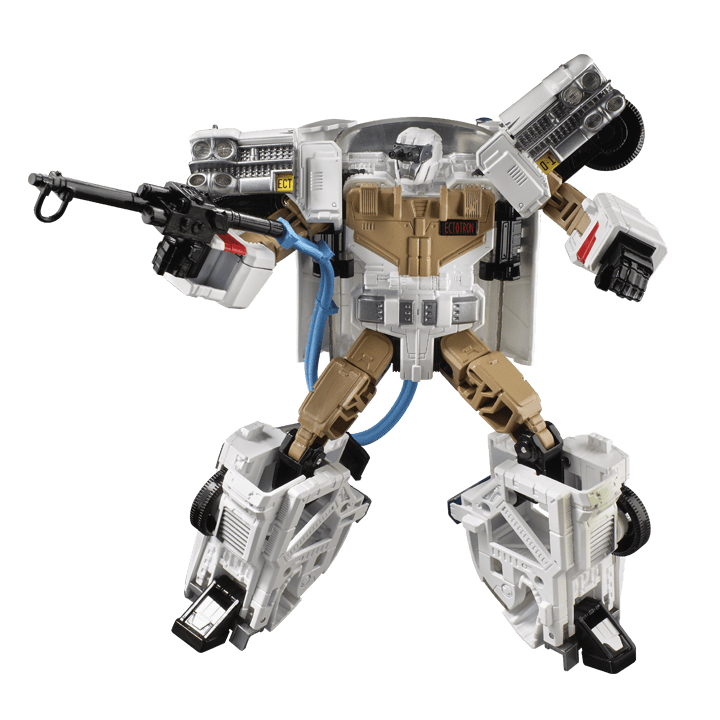 Want to know more? You can, as this is no mere toy brand synergy: they’ve really thought the new character through. Its origin gets explored in a brand new five-part IDW Publishing comic series from creative team Erik Burnham & Dan Schoening, beginning in June 2019. One thing we can deduce from the toy is that at some point, the latest ‘buster encounters the original Slimer, who comes packaged as an accessory. 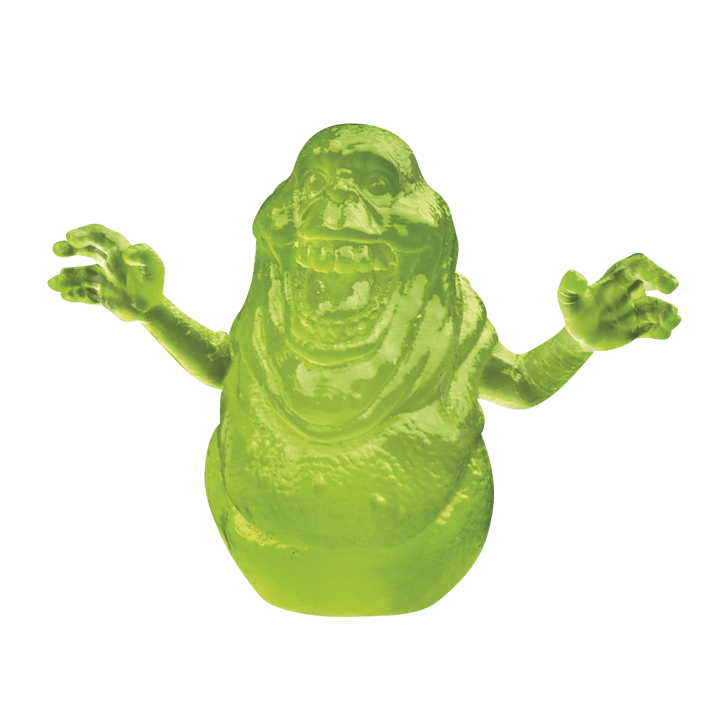 The Ectotron figure will be a Gamestop exclusive in the U.S. starting this summer, and the first in a series of what’s called Transformers Collaborative, which will cross Transformers over with other brands, much as used to happen with Star Wars. It is perhaps a way to get around licensing rules, as sometimes Hasbro may have the rights to make a toy car from a particular property, but not a figure. So if the figure form falls under the umbrella of a property Hasbro owns like Transformers, well…here’s hoping a Back to the Future DeLoreanTron can happen too.

Most immediately, though, Hasbro says to “be on the lookout for other possible TRANSFORMERS and Ghostbusters items. When these two iconic franchises come together – anything is possible!” We’re thinking Megatron could be made to look good in a marshmallow suit. Or that happy Statue of Liberty from the second movie could be the closest thing to a Spaceballs toy we’d ever get, if it can be made to transform.